June 24 in Oklahoma: Vote for T.W. Shannon for Senate

June 24 in Oklahoma: Vote for T.W. Shannon for Senate

Two good candidates in the Republican primary, but we suggest T.W. Shannon over James Lankford 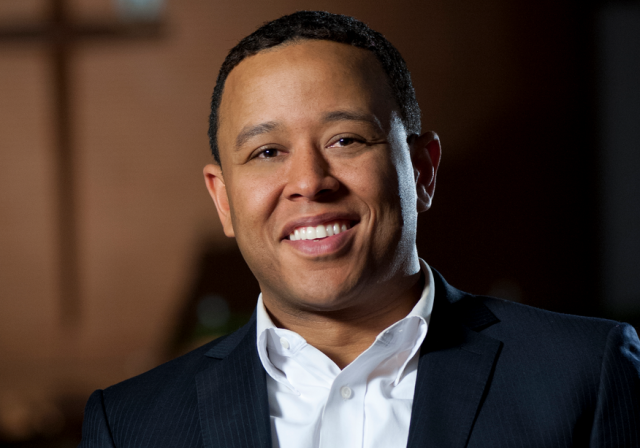 In Oklahoma’s Republican Senate primary race on Tuesday, June 24th, T. W. Shannon (R), a member of the state House of Representatives since 2006, will compete against James Lankford (R), Oklahoma’s 5th Congressional district Representative since 2011, to take over the seat of Senator Tom Coburn (R-OK), who is retiring.

The two will face other lesser-known candidates as well, and if no candidate obtains 50% of the vote, there will be a runoff in August among the top two.

Shannon, favored by the Tea Party, has received backing from Ted Cruz and Sarah Palin, among others, and is also endorsed by the Senate Conservative’s Fund and the American Conservative Union Political Action Committee. Shannon was Oklahoma’s youngest Speaker of the House at age 34, and was the first African American, southern Oklahoman elected to the legislature. Though he has some big-name support and an impressive background, Shannon had less campaign money than Lankford.

Shannon prides himself on his belief in preserving American liberty and values, and focuses heavily on the impact in his life of his faith and family, and how these factors have led him to develop an even stronger desire to fight to reestablish American freedom. Shannon outlines his positions on a variety of issues on his campaign website. He places a priority on his commitment to defending the Constitution, and returning power to the people. He also is a pro-life supporter of the second amendment, and is an advocate of strengthening our military, stating that “President Obama’s planned cuts to our military forces will place our country in grave danger” and “America is safest when our enemies know we are prepared to defeat them.”

Shannon also is a strong advocate of increasing the quality of our education system, and believes that we need to get rid of the Department of Education, as well as repeal Common Core in Oklahoma. He believes in tightening our borders and does not believe in awarding amnesty for illegal immigrants. Shannon also places a priority on the repeal of Obama Care, stating that we need to instead “fight for free-market driven solutions that lower costs, reduce red tape and encourage competition.”

Lankford, the establishment choice, has been criticized by Shannon in recent ads for his apparent history of support for increases in spending and the expansion of the budget, as well as for voting to raise the debt ceiling twice, among other questionable activities.

The race appears to be favoring Lankford in recent polls. According to one, Lankford is ahead 43.4 percent to Shannon’s 34.9 percent, a wider margin than seen in earlier polls. Oklahoma Republican Party Chairman Dave Weston has recently stated that he believes “Lankford [now] has the momentum,” while he earlier stated that he thought Shannon had the lead. However, there are polls that have the opponents in tighter competition, and it is hard to say that either candidate is a very predictable win.

However, to move toward a more hopeful future and to sway from the destructive tendencies of the current administration, we must choose leaders that will take a stance and defend their beliefs. T.W. Shannon is the clear choice for Americans who are frustrated with today’s America, and who are looking to secure a brighter future for the years ahead. Oklahomans will make the choice between an establishment candidate with a questionable record, or the clear, promising choice of T.W. Shannon.

if shannon loses it will be proof the tea party is racist. if he wins he will be an uncle tom sellout, and a token.

prog logic…. got it?

“Two good candidates…” We should have that for primaries in every state. And, some of those should be Democratic primaries.