India Doubles its Forces along Border with China

India Doubles its Forces along Border with China 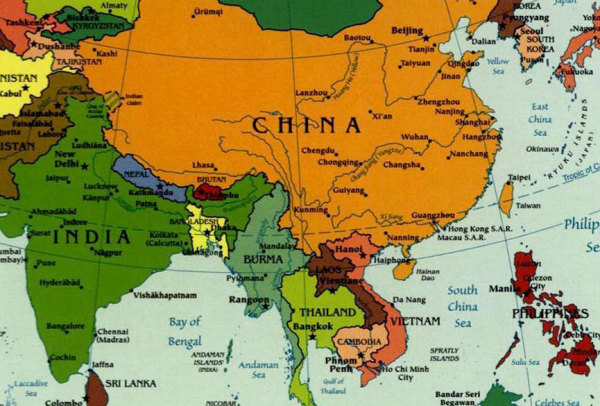 It looks likes one of the global flashpoints I mentioned earlier this year is heating up.

While Iraq descends rapidly into chaos, tensions may be building in another section of the Asian continent. India is poised to double its forces along the border with China.

The new BJP government is keen to send out a strong signal to Beijing regarding border disputes by nearly doubling the deployment of Indo-Tibetan Border Police (ITBP) personnel on the India-China frontier. Top government sources said the ITBP will very soon have more boots on the ground to effectively guard the border that has witnessed several Chinese incursions in the past few years. The previous UPA government was often criticised for being “soft” on the issue of Chinese incursions.

The Home Ministry has approved the construction of 54 new border outposts along the disputed frontier with China. A proposal in this regard was made by the ITBP before the polls but the previous government did not go ahead on it.

With the new outposts, the number of troops on the ground too will increase. Currently, there are close to 40 outposts and nearly 15,000 troops guard the sensitive zones. Sources said the number could now go up to 30,000. “There were critical gaps regarding security on the China border that need to be filled up,” said a senior Home Ministry official.

“The increase in deployment should not be construed as an aggressive approach on our part. We are only securing out territory,” a top government official said.

What is most interesting is the new prime minister’s inauguration is also sending another message to China — one I suspect it will not much like:

…[T]he Chinese government has issued stapled visas to the residents of Jammu and Kashmir (J&K). The issuance of stapled visas to Kashmiris questions not only India’s sovereignty over J&K, but also shows China’s support for Pakistan on the Kashmir issue. In effect, by using the stapled visa argument, the Chinese have not only kept up pressure on the Arunachal Pradesh border issue; they have also infringed on India’s internal matters related to Kashmir.

However, despite China’s intransigence on their shared border and Kashmir, India has leverage to pressure China on Tibet. By inviting Lobsang Sangay, the Prime Minister of the Tibetan Exiled Government in Dharamsala, to Prime Minister Narendra Modi’s swearing in ceremony, India has taken a decisive step in addressing the stapled visa issue. Quite notably, the invitation to Modi’s swearing in was not to the Dalai Lama, the spiritual leader of Tibet, but to the democratically elected leader of the entire Tibetan community. It is worth recalling that the worldwide Tibetan community participates in the election of the Tibetan prime minister.

Clearly, the recognition accorded to Sangay at Modi’s swearing in ceremony questions China’s sovereignty in Tibet.

These two countries have a history of hostility. They went to war in 1962, and Tibet was at the crux of the conflict.

[O]n October 20, 1962, with the world’s terrified gaze fixed firmly on the U.S.-Soviet nuclear standoff in Cuba, China attacked India. Provoked by a territorial dispute and tensions over Tibet, the war was brief and China emerged victorious. However, the war still casts a long shadow over Sino-Indian relations and, despite substantial improvement over the years, continues to influence the bilateral relationship in three principal ways.

First, the war of 1962 sealed the fate of the Tibet issue as an eternal source of tension in Sino-Indian relations. Long before the war Tibet began to plague Beijing and Delhi’s relationship as China accused India of trying to undermine its rule in Tibet while India charged China with suppressing Tibetan autonomy. The war served to solidify those suspicions. This has had both strategic and tactical consequences.

The after-effects of this war border includes deep mistrust and a strong sense of rivalry between these two nations. The following video is a summary of that event, dubbed “The Lost War”, because it is not very well known.

Interestingly, the comments in the Youtube video show the Indians and Chinese haven’t exactly warmed to each other in the past 50-years, either.

Power vacuums have this effect.

I wonder if Red China has an interest in turning Iraq and Syria Red and Chinese speaking?????

India is a natural for long-term alliance with USA when the latter has sane, human leadership. Just as Kurds are. India now has sane, human leadership. The Indian Army is the only national army in the 20th Century to have beaten the Red Army, Chinese division, officially. US Army beat her as well, but US officials refuse/d to acknowledge the fact. Long term, USA, Russia and India are brothers who make the global zeitgeist. http://theological-geography.net/?p=4720

However, the Chinese boast and teach that they defeated the USA.

Chinese are masters of boasting and teaching. Well, at least boasting. They also are masters of murder, tendentiousness and self-importance. Add inciting, spying and racism. It is in fact a long list of their masteries, almost none of which are likely to endear them to anyone but themselves. Currently they are enslaving swaths of Africa and the ME for mineral extraction and strategic positioning, purchasing top-end real property in English-speaking countries and moving political and academic extortion in those same countries at a faster clip even than Famiglia Saud, who have a five-decade headstart on them. Masters, indeed, of the Universe, if they are to be believed. I do not.

If China and India do go to war, what will the other countries China has been threatening do?

We can say we don’t want to be “the world’s policeman,” but as soon as we retreat from our presence everywhere, it’s like the bad neighborhood when the cops stop patrolling. The bad guys feel “empowered” and come out in force before the cops come back.

Ron Paul likes to talk about the century-plus of peaceful free trading we enjoyed without being the world’s policeman, but he never mentions – or possibly doesn’t understand – that it was only possible because of the Pax Britannica and the Royal Navy keeping the sea lanes open.

We don’t have to like it, but we will have to do it eventually because no one else can. The question is only how much it will cost to repair the damage done as Obama played golf and video games and watched TV.

“The question is only how much it will cost ….” A: rivers of blood.

Invocation and blessing for a West Point Parents Luncheon:

If, by a very odd fluke, our country quickly develops the brains and cojones to elect a wise, patriotic American to the WH and straighten out congress, the new prez-elect would be wise to start warming our relations with India for four reasons: 1). Pakistan/Kashmir 2). China/India, China/Tibet, China/Japan 3). Strategic and trade advantages 4). Obamullah’s planned failures in Israel.

I see this as more of an Indian domestic issue, rather than a response to China. The BJP is really into national defense, modernizing the military and such, and this is just the BJP acting on one of their core issues. And honestly 15,000 more troops is peanuts for these two militaries.

Now China’s threats against The Phillipines and others in the South China Sea is very real. If war break out in Asia any time soon, my money’s on that being the flashpoint. China’s looking to bully weak opposition right now, not pick a fight with a huge country that has a nuclear stockpile such as India.

It would be quite a feather in the CCP’s cap to bully a nation such as India. India is not going to fire its nukes in response to a bit of border provocation, so that aspect of the power equation at issue is relatively moot. India is simply meeting China’s provocation without raising the ante, as they should.

As for China’s moves on The Philippines and SCS, it is proving what First World leaders except obamullah know, and that is that China isn’t ready for prime time on the First World stage any more than Putin is because it’s a belligerent, aggressive thugocracy, in spite of obamullah’s bowing and scraping to its leadership. I don’t see The Philippines being a luscious enough target for the CPC to take as much heat as they will get if they make a truly serious move. They are toying with the U.S., testing the waters to see how much they can get away with.

They’d better get it out of their system while obamullah is still in office.

China is not after the Phillipines in general, they’re after specific “disputed” islands which have strategic value– and some useless rocks just for the propaganda purposes, and they’re pushing their way into “disputed” waters because of oil that’s beneath the seabed there. I put quotes around disputed because a lot of these territories weren’t disputed until China laid claims to them.

China isn’t testing the US, they’re pushing out their claims on territory while the US is gutless and weak under Obama, while members of the EU are floundering in their internal problems, and people are paying precious little attention to Asia.

Various Asian countries relied on the U.S. to be a stabalizing power in the region. The US has proven to be a very, very poor ally under Obama.