Focus on the Special Forces soldiers, not the Taliban or Bowe Bergdahl. 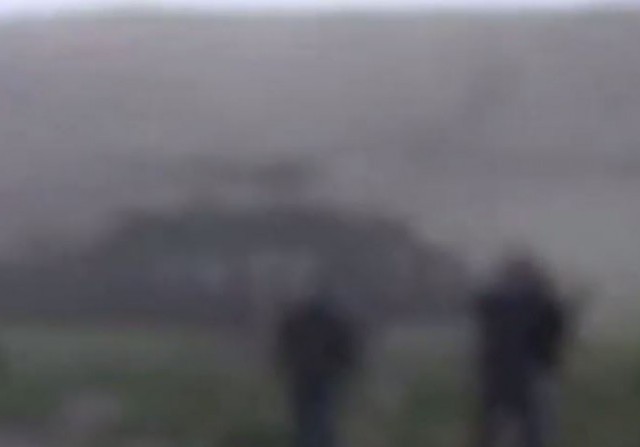 The Taliban have released a video of Bowe Bergdahl being released to U.S. Special Forces soldiers who arrived by helicopter. Five high ranking Taliban members were released from Gitmo in exchange.

The release of the video is part of the Taliban victory lap:

Statements from Bergdahl’s fellow soldiers about the circumstances of his departure from his base are very troubling, as are the Obama administration’s ridiculous refusal to acknowledge the issues.

There are heroes in this video.

The Special Forces soldiers who risked their lives landing into what could have been a trap, in order to rescue someone who may turn out to be a deserter who caused the deaths of other Americans searching for him.

The image of these Special Forces soldiers reminds me of men like Johnny “Mike” Spann, a CIA officer who was the first American killed in the Afghan war during a prisoner uprising.  We have written of Mike Spann several times before, Remembering Johnny “Mike” Spann:

Spann was killed during that uprising….  One of the prisoners was the so-called American Taliban, John Walker Lyndh, who Spann interrogated shortly before Spann’s death.

Spann’s wife Shannon also worked for the CIA.  In addition to his wife, Spann left behind two daughters and an infant son

Spann’s family established a website to honor his life, and there is a wealth of information and photos at his Arlington National Cemetery page.

There is an interesting honor paid to Spann at the website of Afghan General and Warlord Abdul Radhis Dostum, including a link to a photo of the memorial to Spann at the site of the uprising in which he died.

Two of the Taliban Gitmo detainees released were involved in that uprising, as Spann’s father noted in objecting to the release:

The father of America’s first fatality in Afghanistan denounced the Obama administration for releasing Taliban prisoners that he holds responsible for his son’s death, saying the move was a slap in the face to every American who died in the war against terror.

Johnny “Mike” Spann, part of a CIA paramilitary unit, was killed Nov. 25, 2001 during an uprising by Taliban prisoners near Mazar-e-Sharif a month after President George W. Bush ordered U.S. forces into Afghanistan to punish al-Qaida and its allies for the 9/11 attacks in the United States.

Two of the five Taliban prisoners released last weekend from Guantanamo prison in exchange for Sgt. Bowe Bergdahl were present during the uprising at Qala-i-Jangi prison, according to U.S. documents obtained by The Washington Post. They were Mullah Mohammad Fazl and Mullah Norullah Noori.

So don’t focus on the Taliban in the video, or Bergdahl.

Focus on the true heroes.

What Difference Does It Make?

If Obama had a son he would be Bowe Bergdahl, anti-colonialist.

Obama is not mentally stable and should be removed from office immediately.

I would agree, but for Biden being next in line. Now the Obama White House is accusing soldiers who served with Bergdahl of “Swift Boating” him.

The definition of “Swift Boating” is when people with first-hand knowledge TRUTHFULLY strip a favored Collectivist of their false military narrative.

ucmj articles 85 and 104.
although I suspect we don’t have any convening authorities with the balls to do this.

The Obama narrative machine is going to have a hard time trumping the fact that no one like a rat.

Those soldiers were brave but not stupid. They appear to have frisked the homecoming “hero” before allowing him on their helicopter.

He appears to have been frisked twice, first when he encounters the men from the helicopter, and then again just before before boarding. Also, it appears that his travel bag was dropped on the ground and left on the ground:

Bergdahl’s health doesn’t appear to be rapidly deteriorating in that video..

Healed by the touch of The Light Bringer!