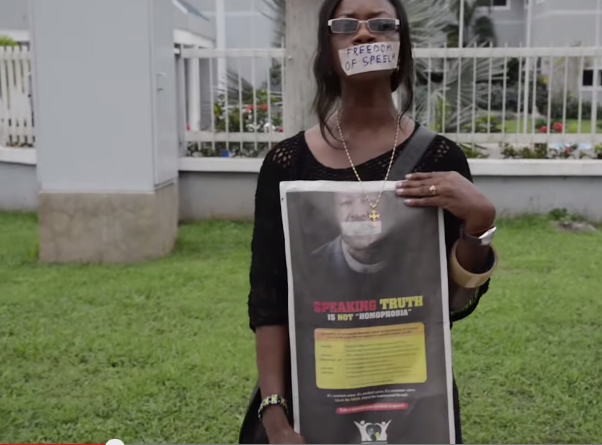 We previously wrote about the dismissal of Dr. Brendan Bain, a pioneer in anti-HIV/AIDS research and care in the Caribbean, after he submitted an accurate affidavit in a controversial Belize lawsuit, Pioneering University HIV/AIDS researcher sacked over accurate but politically incorrect court testimony.

The affidavit documented that gay men are at high risk for HIV/AIDs infection, a seemingly non-controversial position, but which caused gay rights activists to demand his dismissal from a research position at the University of West Indies in Jamaica.

Protests in support of Dr. Bain followed, and Dr. Bain recently obtained a court injunction against dismissal, UWI to comply with injunction barring removal of Bain:

That’s the response from the University of the West Indies, UWI, to the Supreme Court injunction restraining it from removing Dr Brendan Bain as Director of the CHART Regional Coordinating Unit.

In a notice in the press on Friday, UWI said it will respect the ruling pending the outcome of the application for administrative order, a claim for constitutional relief or further order.

The injunction was granted a week ago and will remain in effect until the hearing of a lawsuit which has been filed.

Lawyers representing Bain want him to remain in the post pending the outcome of the lawsuit challenging the termination of his contract.

Bain was issued termination letter by the UWI in May after gay-rights ‎groups and sympathisers pressured the university following his expert evidence in a case in Belize, where a gay man had challenged the constitutionality of law that makes it a criminal act for men to have sex with each other.

We are in the process of obtaining the court pleadings, and will post if and when available.

The controversy surrounding the termination continues to reverberate, with accusations that some of the groups which pressured UWI to fire Dr. Bain were just front groups, and more protests planned.

The lifestyles promoted by the LGBTXYZ agenda groups is dramatically increasing the occurrence of STDs, injuries, cancers, violence, mental health issues and early deaths across the world.

Telling the truth about the hook-up culture (hetero/bi/homo) will get you in trouble with academia. Dr. Miriam Grossman, a psychiatrist, tried to warn the University about the effects of promiscuity and high-risk sexual acts. Her efforts were squelched as only good Alinsky-trained leftists can (silencing, marginalizing, slandering, ridicule, etc.) As a result, she was either fired or resigned, but has continued to fight the good fight, telling the TRUTH about sexuality and the dangers involved. LINK to her website.

Both Dr. Bain and Dr. Grossman should be praised and given our support and encouragement for having the courage of their convictions!

Drat! I get excited and forget to edit.

Correction: “The lifestyles promoted by the LGBTXYZ agenda groups *ARE* dramatically increasing the occurrence of STDs, injuries, cancers, violence, mental health issues and early deaths across the world.

Discussing the practice of homosexuality as acceptable and normative behavior IS to bed down with “Political Correctness.”

Apparently, the anti-Dr. Bain groups believe that a ‘gay’ man’s raison d’etre is to have liberal sex at all costs. Therefore a ‘gay’ man’s licentious behavior means f**ks and not facts will always come first.

I have heard HIV positive ‘gay’ men talk about having sex with other men because “those men know what they are doing.”

What is done in the darkness does not want to be seen for what it is in the light of day.

A book I want to read:

Please please please get your hands on those docs, and post them. I have long been appalled at the cowardice of public officials to assert and prove the public health aspect of this allegedly moral issue.

Lawrence v Texas, IMO, would have had a different outcome if the Texas AG had argued the public health aspect of the criminal law.

So much for “reality based” politics. The doctor made no morality based judgements, simply pointed out facts. Very inconvenient facts.

He deserved to be fired. His testimony was completely false.

AIDS is caused by global warming and with a little more grant money I will soon find a cure. Cancer too.