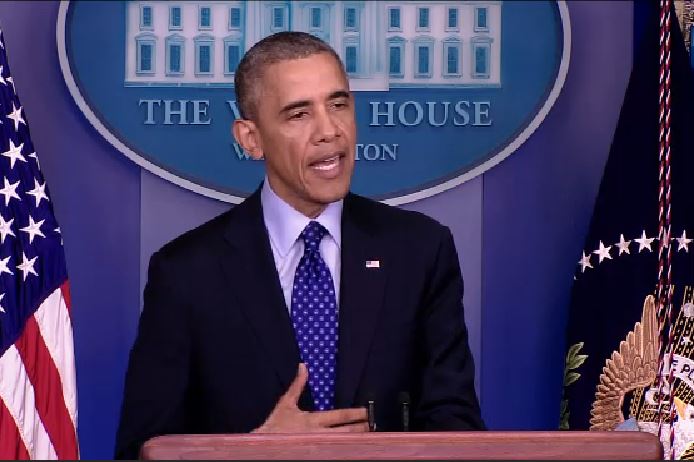 Yesterday, President Obama announced America should aspire to be more like France when supplying employee benefits. The Washington Examiner reports:

“Other countries know how to do this,” Obama said. “If France can figure this out, we can figure it out.”

“Many women can’t even get a paid day off to give birth,” Obama said. “There is only one developed country in the world that does not offer paid maternity leave, and that is us. And that is not a list you want to be on, by your lonesome.”

On the surface, this sounds like a fair enough argument, but then so does raising the minimum wage… until you consider the numeric reality.

Unlike the United States, France’s unemployment rate clocks in at a steady 10% for workers over 25. Under 25, the rate is closer to 25% unemployed. For perspective, the US and the UK both hover around a 6% unemployment rate. But that’s not the only factor worth considering.

Remember the infamous 75% tax? That was France, all France. Take a look at where France ranks in taxation comparable to the United States: 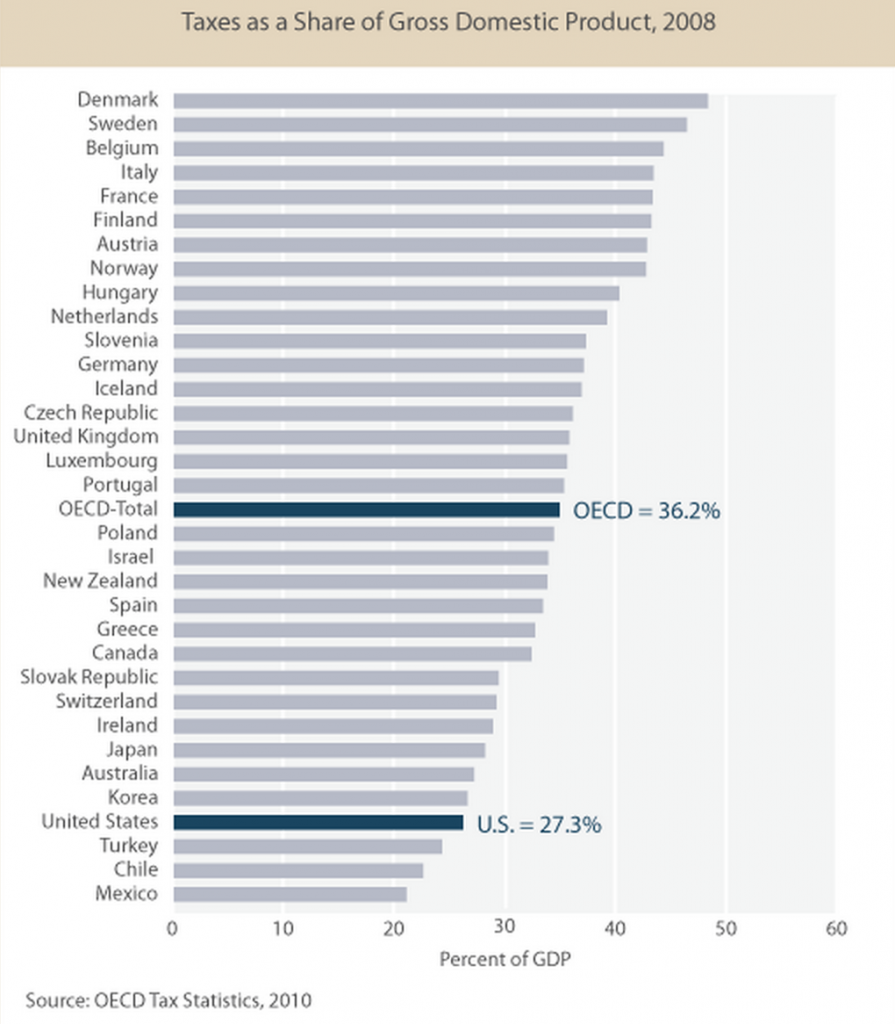 Tax conditions in France are so horrid, that entrepreneurs are fleeing to countries with more agreeable taxation rates. The New York Times discussed this phenomenon. This aspiring entrepreneur left for the UK:

“A lot of people are like, ‘Why would you ever leave France?’ ” Mr. Santacruz said. “I’ll tell you. France has a lot of problems. There’s a feeling of gloom that seems to be growing deeper. The economy is not going well, and if you want to get ahead or run your own business, the environment is not good.”

Today, around 1.6 million of France’s 63 million citizens live outside the country. That is not a huge share, but it is up 60 percent from 2000, according to the Ministry of Foreign Affairs. Thousands are heading to Hong Kong, Mexico City, New York, Shanghai and other cities. About 50,000 French nationals live in Silicon Valley alone.

But for the most part, they have fled across the English Channel, just a two-hour Eurostar ride from Paris. Around 350,000 French nationals are now rooted in Britain, about the same population as Nice, France’s fifth-largest city. So many French citizens are in London that locals have taken to calling it “Paris on the Thames.”

While aspiring to provide more benefits to the hardworking American taxpayer is certainly a noble goal, keeping pace with countries that are driving talent away is certainly not what we ought to strive for. In fact, it’s the antithesis of the American Dream.

Thankfully, there seems to be little action for President Obama’s latest feel-good rhetoric. Let’s hope it stays that way.

Does this ‘be more like France’ include the regular summer riots of the perpetual underclasses?

At least Detroit isn’t as bad as Seine-Saint-Denis… yet. Does King Putt envision our own Zones Urbaines Sensibles?

He left out one minor detail. Maybe in France the poor employer pays it, but here in Israel it comes out of Social Security. So is Obama about to take away old people’s life-saving checks to subsidize unwed mothers? Anybody know how to make that commercial?

Ooh,la,la! C’est magnifique. Monsieur Obama, he tells it like it is in La Belle France.

I’m curious if the “GDP” figures are normalized?

Some nations include all kinds of criminal and other illicit behavior as part of their GDP.

The data series above doesn’t accurately reflect the tax burden in the US, particularly so for blue state Americans, as it leaves out state and local taxes. The actual tax burden is closer to 40% across the board and obviously we New Yorkers “enjoy” marginal rates over 60%.

We already closer to socialist Europe than most imagine. Obozo the malevolent clown want to take even further of course given his status an unabashed collectivist.

Many have suggested that Obama wants to take America down a notch or two and being like France will certainly accomplish that.

So…. is Obama deliberately trying to increase the number of unemployed women?

Everything Obama does is about unmaking America. This is no exception. We need him to go. Now.

is a military coup an option?

zvib comments that the OCED data does not take into account state and local taxes. That assumption is reasonable, since it assumes that our taxes are 27% of our GDP, which is close to what our federal government spends each year – not collects, actually. I suspect that the OCED data is for all levels of government, not just the federal government. (I should look it up.) If it is, them another comment is appropriate: these organizations that measure our tax burden ought to figure out how to measure it much more accurately. There’s a huge difference between 40% and 27%, folks. No way is it only 27%. It’s much higher than that when you add in state and local taxes.

Yes, there is a certain amount of off-the-books employment and commerce that goes on. Generally speaking, it’s relatively small compared to the on-book transactions in the U.S.

Organizations like the Tax Foundation have specialized in tracking our tax burden for decades. I suspect their numbers are fairly accurate.

Does bête noire realize that he is on American soil, soiling his country?

Who gives a damn what France does! I sure don’t.

What I do know from five years of excruciating experience is that what Obama has proposed does not work. Period. Maybe that is why he has to copy cat France, Karl Marx , Saul Alinsky, et al.

Obama can take his idée fixe and shove it.

I think everything about Obama’s entire life is “copy cat.”

Can we please stop designating this hater as “President Obama”? It is inaccurate. Always has been. Make an accurate designation. Best I see, none of the commenters here on this post use that designation. Posters should be no less punctilious.

Put another way: that hater deserves no terms of respect. Zero.