Why Must Mahmoud Abbas Be Bribed to Negotiate? 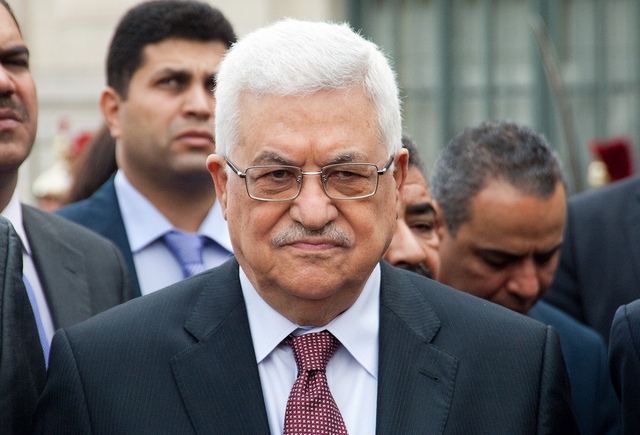 Why is it so hard to achieve peace between Israel and the Palestinians?

Look at the final scorecard of the latest round of Middle East peace talks.

Israel allowed three groups of prisoners – a total of 78 – to go free in exchange for talks.

These prisoners were murderers. When they went to their homes their actions were celebrated.

Put aside why Israel didn’t release the final group of prisoners.

Put aside the spectacle of a society that honors killers and what that implies for peaceful coexistence.

Israel paid a price for negotiations that led nowhere.

This isn’t the first time either. In 2010, the administration pressured Israel to agree to a “settlement” freeze in order to coax Palestinian Authority President Mahmoud Abbas to negotiate. Abbas dragged his heels and in the last few weeks of the freeze. When the Palestinians finally started to negotiate the freeze was set to expire. The United States tried to encourage Israel to extend the freeze but Israel refused and the Palestinians walked away from the negotiations at the end of the freeze.

Earlier too, Israel paid a price just to get the Palestinians to negotiate.

A commenter on an earlier post of mine made a great point:

If the Palestinians REALLY wanted a state and Israeli building infringed on it, they would be negotiating as much as possible.

Why do the Palestinians need incentives to negotiate with Israel?

One would assume that if the results of successful negotiations are a Palestinian state, and that is a result that the Palestinian leadership should want. But if we’re offering the Palestinian political leadership incentives to negotiate towards that it suggests that they don’t really want statehood.

This dynamic is reinforced by another attitude expressed by top administration officials. Whether it was President Barack Obama veiled threat he would no longer be able to defend Israel or Secretary of State John Kerry suggesting that Israel was turning into an apartheid state or Martin Indyk’s media war against Israel, the prevailing attitude in administration (and many in foreign policy circles) that it is only a moral imperative for Israel to make peace with the Palestinians, but not the other way around.

Abbas is perceived by the world as indispensable for peace. Even Israel prefers him to Hamas. He’s been able to use foreign aid to build a nice nest egg for his family. And with no progress on the peace front he gets to watch his enemy, Israel, get beaten up diplomatically. So why would he want his situation to change?

Unintentionally, the peace processors have done everything they can to discourage the PA from making peace with Israel. And it’s worked.

“Why is it so hard to achieve peace between Israel and the Palestinians?”

I do wish this question were asked more.

The why is the Koran and Mohammed, and the Muslims’ obedience to both.

Surah 5,51, “O you who have believed, do not take the Jews and the Christians as allies. They are [in fact] allies of one another. And whoever is an ally to them among you – then indeed, he is [one] of them. Indeed, Allah guides not the wrongdoing people.”

Islam, and Islam alone, is the reason that there will never be peace in the Mid-East.

Was the Middle East peaceful before Islam?

During what era was the Middle East most peaceful and why?

Almost. Change “Israel” to “the Jews” and it’s perfect.

If Palestine put down there weapons there would be no more war.

If Israel put down their weapons there would be no more Israel.

Not ONCE has Palestine ever negotiated in good faith with Israel. They refuse to even acknowledge that Israel has a right to exist.

They don’t WANT peace. They want to destroy Israel, and the farce ‘negotiations’ are never more than an attempt to weaken Israel.

Israel needs to stop letting itself be pressured.

Ultimatum. Palestine acknowledges that Israel has a right to exist as a state, or they will not make a single more concession or attend another farce ‘peace’ negotiation.

Not only have the Palestinians broken every single promise they have EVER made in negotiations with Israel, they have twice even refused to accept agreements which effectively met all their demands. Why is this?

My strong suspicion is that the Palestinians have been so brainwashed from cradle to grave that Israel and Jews are the source of ALL their problems, their misery, and their poverty, that any leader who came home with a deal, even for a state with borders encompassing all their demanded territory, that recognized Israel’s right to exist even within the 1967 borders, would have a life expectancy of under an hour.

If no deal is possible or even conceivable, what is the point of bribing the Palestinians OR cajoling the Israelis? It makes no sense at all – which puts it squarely in Obama’s wheel house.

Worse. We’ve created the situation, putting terrorist murderers in charge of the Arabs of the territories. The way they’ve been trained to hate, peace is impossible for at least 50-100 years.

This is the dumbest question, yet it gets asked by smart people over and over. The peace initiatives fail because the Palestinians don’t want peace. The Palestinians want the eradication of Israel so they can take that land as their own. It’s been no secret, they’ll admit it readily. It’s in their freaking charter. Repeat:

THE PALESTINIANS WANT THE ERADICATION OF ISRAEL SO THEY CAN TAKE THE LAND AS THEIR OWN.

Who could ‘negotiate’ that?

I beleieve you answered your own question. Abbas doesn’t want peace nor statehood because his current position is quite enviable.

“Unintentionally, the peace processors have done everything they can to discourage the PA from making peace with Israel. And it’s worked.”

That is very true and very sad. When the American Left left Israel’s side, seems to have been when the dam burst in Europe and all the European hostility came tumbling out.

I don’t know exactly know why the Left did this– I suppose a lot of it has to do with the revolutionary (as in using violence and instability to bring about Marxist govts.) nature of the Left and the perception of Israel as being established now has something to do with it.

But since then the American Left and Europe has been consistently rewarding the Palestinian leadership with money, celebrity, and political juice for negotiating with Israel. Why would the leadership ever want these negotiations to end? To establish an unstable state and lose money, status and political power?

Really the only reason the Palestinian leadership would want to end this cycle of money and power would be if they cared about their own people and wanted peace. A quick internet search yields violent videos such as Palestinians dragging the bodies of Palestinian opposition through the streets behind motorcycles, etc. It’s hard for me to believe that the people calling the shots over these killers have any any altruistic feelings toward anyone.

How do you negotiate peace with somebody whose only goal is to wipe you from the Earth?

I can get you a peace agreement tomorrow. All we need is a joint US-Israeli announcement of plans to build new settlements. Not new buildings in current settlements, but actual new settlements. And that if Abbas starts another war, the US will back Israel in putting it down by any means necessary.

So you will get a peace settlement.

Of course, a peace settlement will increase the chances of war, not decrease them.

If it is true that insanity is the repetition of the same actions while expecting a different result, then Abbas is the most sane man in the world. The more he says no, them ore he gets.

And the US State Department is stark raving bonkers.

(PS Europe is not insane; they are simply evil hypocrites.)

Frankly I hold the same opinion that I have held for the past 20 years concerning Israel and the PLO squatters. So to quote Darth Sidious in Star Wars Episode 1; “Wipe them out. All of them.”

Israel should give them 7 days warning then drive them into the sea. Let all these countries that say they “support the people of Palestine!” put their money where their mouth is and give them a bit of land to stay on.