What my grandfather taught me about Memorial Day

What my grandfather taught me about Memorial Day

Childhood memories with my grandfather helped teach me the importance of Memorial Day. 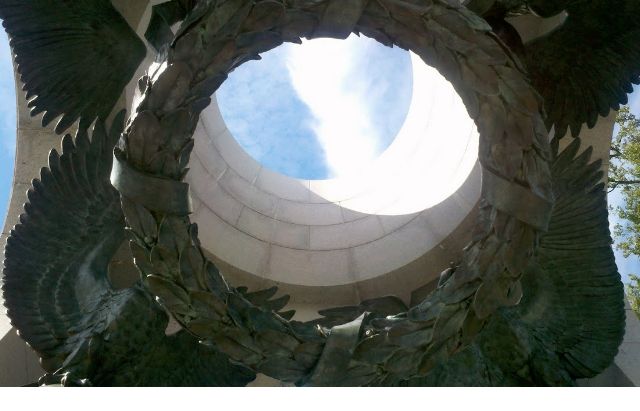 Memorial Day is a time for remembering the men and women who died while serving in our nation’s armed forces.  Every year, as I pay respect to those fallen, I’m also reminded of my grandfather, who we lovingly called “Poppy.”

Poppy served in World War II, and I’ve previously honored him on other occasions with an excerpt from his own diary of his experiences in the war.  Among those experiences, he fought in the Battle of the Bulge and endured things I could never even imagine.  And like so many others in his generation, he lost friends to the war, men who made the ultimate sacrifice.  Just as many did in wars before and after this.

When I was a child, there were many times I helped Poppy put up the flag on the front porch of my grandparents’ home. It was something he did for specific holidays – Memorial Day, Independence Day, Flag Day, Veterans Day.  For me, those days seemed all about parades and such, and I wasn’t really as much aware as a child of the true importance of such days.

But as silly as my grandfather often was with us as kids, I’d always remembered that there was something more solemn in his nature whenever he put up that flag, especially on Memorial Day.  Once the flag was up and flapping in the breeze, he would stand back and seemed to reflect for a moment or two.

Looking back, as an adult, I can understand now what those days must have meant for him, and why the act of placing the flag out front seemed such an important symbol for him.  I only wish that I understood that importance as a child. But I am incredibly thankful that I had the opportunity to share in those moments with him.  They were not only precious memories for me, now that Poppy has passed, but they were moments that have since taught me to appreciate the greatness of our country and the brave men and women who fought and died while serving it.

As I place a flag out this Memorial Day, I do so in honor of all those who paid the ultimate sacrifice.  And I thank Poppy for teaching me so much about this day.

[Featured image: via Mandy Nagy, taken looking up from an entrance to the WWII Memorial in Washington DC]

Memorial Day is a time for remembering the men and women who died while serving in our nation’s armed forces.

Well, not here in Miami.
Not around South Beach anyway.
There’s not a lot of hero-honoring during Urban Beach weekend.

Thanks, Mandy. That was a nice remembrance. Today I had to explain to my daughter (the teacher) the difference between Memorial Day and Veterans Day.

Thank you to all who served. Special thanks to the families of those who gave all.

Thank you, Mandy. That is a powerful and wonderful memory to have. May you pass on your Poppy’s lesson to your children.

This is one of the reasons “family values” are so essential to a society. The lessons learned from your grandfather cannot be taught in school from textbooks.

And those who cannot learn them, cannot pass them on.