Today is Israel Independence Day, and I’m going to Vassar

Today is Israel Independence Day, and I’m going to Vassar

What a coincidence. Observance of Israel Independence Day begins this evening. 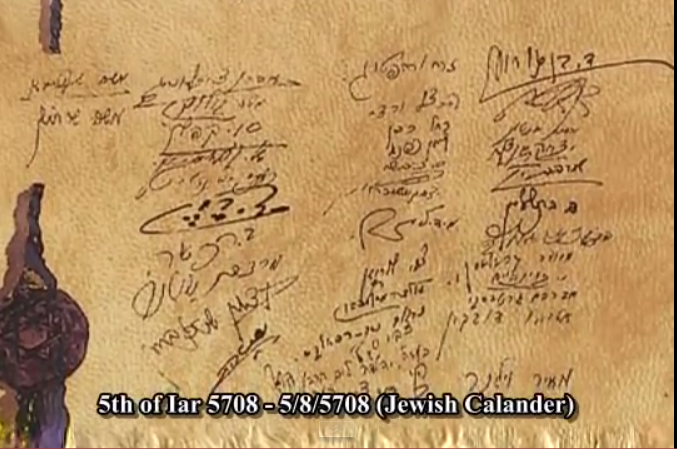 It wasn’t planned this way. It’s just a coincidence. Really.

By the time you read this, I’ll probably be in the car driving to Poughkeepsie, NY, where I will appear tonight at 7 p.m. to give a speech in support of Israel and academic freedom.

And against the Open Letter signed by 39 Vassar faculty members — none of whom took up my debate challenge — who support the American Studies Association boycott of Israel.

Things have been tense lately at Vassar when it comes to Israel.

While I’m not expecting “trouble,” I thought you might like to see what trouble for pro-Israel speakers on campuses looks like, in the video below taken at UC Davis in February 2012:

Jonathan Marks writes at Commentary about The Fight Against BDS on the Left.

Wow. I sure hope you don’t have to experience such hate and rudeness inappropriately called “free speech” – yet, all the while denying the speaker’s rights to free speech, which is of course the real objective. Given the climate at Vassar, I believe you just might get this, or worse.

Will you be video-taping your event tonight? Hopefully you can get the whole event online fast, and expose any hate you may encounter – or, on the other hand (hopefully!), the support you found!

Oh, please, I hope you have friends showing up with hand-held cameras.

The cell phone is a weapon, these days.

I think the lesson of WWII was that decent people need to step up and confront the totalitarian fake big shots who would take away our freedoms BEFORE they actually grasp real power.

For technical and religious reasons, if Israeli Independence Day falls on a Monday, it is delayed to Tuesday. Thus, today is actually Remembrance Day, which honors those who have fallen in Israel’s defense.

Which is more appropriate for your infiltration into enemy territory, but hopefully only in a symbolic way.

But, of course, as he said, Independence Day started that night. As with all Jewish observances, it starts at sundown the day before and ends at nightfall the following day.

The signing of the declaration and original celebration were pushed forward one day early as May 14 was a Saturday (plus this way they did it before the Mandate ended at midnight).

Good luck Professor on your speech tonight! Hopefully you’ll convince some that Israel truly does have a right to exist.

the Line at Vegas has Professor Jacobson at 20 to 1 with No push !! Good Luck and a clear voice .

Israel independence–so THAT’S what Cinco de Mayo is all about! Now if you can just explain Kwanzaa…

What? You didn’t see the Menorah?

Best of luck to you, professor. We’ll be sending supportive thoughts your way. Thanks for fighting the good fight.

Professor, you be careful. Thanks for heading into the eye of the storm.

“They may not be citizens, but they are Americans,” Joe Biden at this morning’s Cinco de Quatro breakfast, speaking of illegal aliens (low-intensity invaders).

They must have been serving killer margaritas…

It’s probably a good thing Joe does not drive.

Joe Biden, AKA “The Second Smartest Guy in that Smart Room.”

God bless the great people of Isreal Jewish and Arab they are all my brothers and sister. From Hebron and ashkelon Haifa all the way to rafah and Ramallah I pray for all souls Jewish Arab and Christian we are all gods creation period. Bless the great state of Isreal and the occupied people of Palestine.

Thank you for your sentiments. Of course, the people of Palestine are not occupied; the area was set aside for “close Jewish Settlement” with the civil rights of the Arabs inhabitants to be safeguarded; instead, the Israeli government will not let Jews settle, and the Arabs of the Palestinian Authority have denied civil rights to the Arabs they are controlling.)

While today is Independence day, we are not really independent; fear of the US and the rest of the world just made the government cancel building plans.

Gaza and West Bank are actually the illegal Arab occupation of Israel.

Thanks Professor for all your good work and God bless Israel.

But When They Do, It’s Their Parents—Not the Israelis—Who Have to Attack the Flotilla of Vomit Left Behind in the Bathroom.

Joining those who wish you well this evening. And very much looking forward to the recap!

Godspeed Sir.
I hope no one hurts you.

If you look right above the caption, you can see the signature of Rabbi Yehuda Leib Maimon (Fishman) with the abbreviation for “with God’s help” preceding his name.

The timeline seems incorrect, in the sense that the Roman province Judea was just one of several parts of the Land of Israel which originally made up the Hasmonean kingdom of Judea. Jews, of course, did not only live in Judea but in the Galilee and other parts of the Land of Israel on both sides of the Jordan. I believe Syria-Palestina was an intentionally jumbled name for the whole area given by the Romans. I have seen a British historical summary that did the same thing, attempting to use a similar tactic to gloss over more than one thousand years of Jewish rule over the area.

The Romans were trying to humiliate and insult Israel by calling their land Palestine after the longtime enemies of Israel, the Philistines.