How the New York Times uses the Palestinians to bash Israel 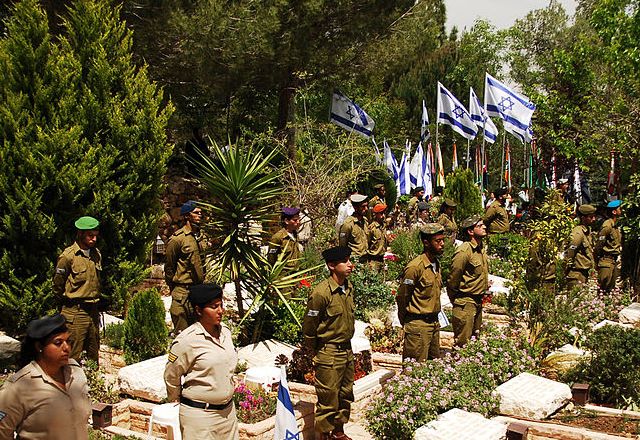 On May 14, 1948 David Ben Gurion declared Israel’s independence and the modern state of Israel was born. And every year at this time the Palestinians commemorate Nakba.

Not surprisingly, Jodi Rudoren, Jerusalem bureau chief of the New York Times spent May 14, writing about the iNakba app which was launched by the Israeli NGO, Zochrot. In Rudoren’s account:

Zochrot, Hebrew for “remembering,” has for 13 years been leading tours of destroyed villages, collecting testimony from aging Arabs, and advocating the right of return for millions of Palestinian refugees and their descendants. But it preaches almost exclusively to the converted. Israel is a country where government-funded organizations can be fined for mourning on Independence Day, and where the foreign minister denounced as a “fifth column” thousands of Arab-Israeli citizens who marked the Nakba last week by marching in support of refugee return.

The disconnect in this paragraph is unbelievable.

In fact a founder of Zochrot is rather explicit about his intent. (Strangely Rudoren hasn’t reported that a Palestinian professor who took his student to Auschwitz was ostracized by the union at his university.) People aren’t usually receptive to ideas that involve their own destruction.

This is the New York Times so I hardly expect to read a corrective article. Maybe the paper will deign to publish a few dissents in the letters sections, but the case that Israel’s war of independence is an ongoing disaster will remain the prevalent view at the New York Times.

An excellent dissent to this viewpoint was published last week in Ha’aretz. Prof. Shlomo Avineri, a left-wing Zionist academic took issue with an earlier editorial in that paper and responded with an op-ed:

On the one hand, the editorial, which on the surface seems insightful and sensitive, states: “The dispute over the degree of Israel’s responsibility for the emigration, expulsion and displacement of hundreds of thousands of Palestinians during the War of Independence is a matter for historians.” What could be more fair than that? But one need not be a historian to know that there will continue to be more than one school of thought on this dispute, and that proposing that it be left to historians is actually an evasion — a refusal to deal, here and now, with indisputable historical truths. Even the cautious (not to say euphemistic) language of this sentence, which speaks of “emigration, expulsion and displacement” and avoids using the word “flee,” which was certainly part of the complex reality of Israel’s War of Independence, already demonstrates that the editorial does not exactly leave the decision to historians.

Some facts of history really ought not to be left to historians. The attempt to ignore them is morally flawed — and morality is, rightfully, the driving spirit behind the editorial. It is a fact — one that should not be “a matter for historians” — that in September 1939, Germany invaded Poland and not the other way around. It is a fact that on December 7, 1941, Japan attacked the United States and not vice versa. It is also true that what is called the Nakba is the result of a political decision by the Palestinian leadership and the Arab states to reject the United Nations partition resolution, to try to prevent its implementation by force and to attack the Jewish community in the Land of Israel before and after the state’s establishment. Of this, the editorial says nothing.

Read Rudoren’s article and the Palestinians simply exist as victims of Israel aggression. Palestinian and, more generally, Arab decisions played a role in the war but Rudoren doesn’t attach any significance to them. Palestinians weren’t simply displaced because of Israel’s War of Independence, they often, as Avineri notes, fled.

Palestinian terrorism against Jewish civilians is not the result of the post-1967 years of occupation. It was part of the 1929 riots and the Arab uprising of 1936. It is true that on the one hand, we cannot conclude from the grand mufti’s presence in Berlin during World War II that Arab opposition to Zionism was identical to Nazism. But on the other hand, to ignore this fact and leave it to historians is a distortion of history.

The Nakba, then wasn’t just the result of an refusal to accept the UN partition plan, it was also the result of violence perpetrated by the Arabs against the Jews of the nascent state of Israel.

But two years ago, Barry Rubin introduced a twist to the meaning of Nakba. It’s not used now the way it was intended by the man who coined the term, Constantine Zurayk .

“Seven Arab states declare war on Zionism in Palestine, stop impotent before it and turn on their heels. The representatives of the Arabs deliver fiery speeches in the highest government forums, warning what the Arab states and peoples will do if this or that decision be enacted. Declarations fall like bombs from the mouths of officials at the meetings of the Arab League, but when action becomes necessary, the fire is still and quiet, and steel and iron are rusted and twisted, quick to bend and disintegrate.”

This is the old style of Arab discourse. Zurayk openly acknowledged the Arab states rejected all compromise, made ferocious threats, and invaded the new state of Israel to destroy it. For him, the “nakba” taught that they needed to modernize and democratize their system. Only thoroughgoing reform could fix the shortcomings of the Arabic-speaking world. What happened instead was another 55 years of the same thing, followed by this new era opening last year which will probably also bring a half-century of the same thing. Nakba has become the opposite of what Zurayk wanted it to be: Blaming your opponent rather than acknowledging your own shortcomings and fixing them.

Nakba now is an excuse not to compromise as much as it is an excuse to avoid introspection. This is the point made by both Avineri and Rubin.

As Rubin wrote, “What was a cry for reform and moderation has now become a call for revenge.” That call for revenge was enthusiastically supported by Jodi Rudoren as she highlighted migration of the Palestinians during Israel’s War of Independence, and advocated for the right of return but left out any mention that the nascent state of Israel was attacked by at least five Arab countries along with the Palestinians or that nearly one percent of Israel’s population was killed in the war.

Aha, so this is why the New York Times Executive editor receives an honorary degree from Brandeis!!

and an early retirement.

Wouldn’t you prefer the BBC guy who is probably much more reliably anti-Israel and arrogantly leftist, having been schooled by one of the world’s best propaganda machines?

Perhaps I should explain. It was reported that one of the individuals in the organization Jill Abramson clashed with was Mark Thompson, the former BBC guy that the NYT bought in recently. My comment asks a rhetorical question implying that a BBC-trained individual would be (perhaps) more effective in promoting anti-Israel propaganda and other progressive objectives, sarcastically suggesting a hypothetical reason that the NYT could dispense with the services of Abramson.
The BBC is notorious for biased coverage of Israel in particular, and a left-wing slant more generally http://bbcwatch.org/

Thanks. I didn’t know that.

This post is exactly correct about lack of “introspection” (for the most part) in the Palestinian/Arab/Moslem world.

There is no reciprocity; it’s all one way from the Arab side — the Jews were wrong, the Arabs were right.

Note that the Arabs in Israel marched on the Hebrew date, since they had the day off.

When I was a kid, we had this desk calendar from the heating oil company, with all sorts of holidays on it. They included the Western date of Israel’s Independence, May 14. Let’s not give this date to the enemy (I’m told they used the 15th this year) especially as this year it falls on 14 Iyar, Second Passover. (H/T to my friend Asher)