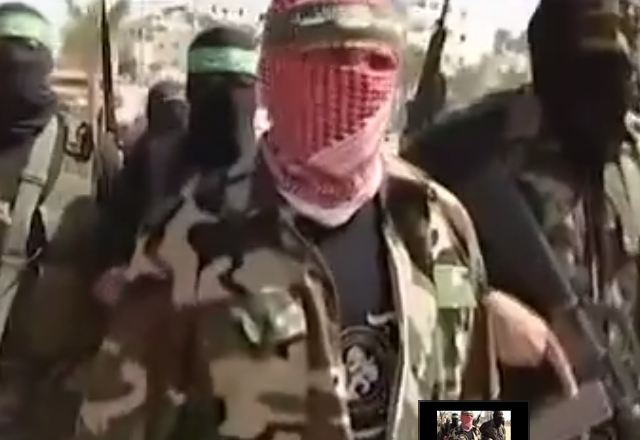 Avi Issacharoff, a well-known columnist who covers Palestinian affairs, said he and a cameraman were in the West Bank town of Beitunia covering the fallout from Thursday’s killings there when they were attacked by a group of masked men. He said the pair were kicked and beaten before being saved by Palestinian security personnel.

There is one important detail though that Rudoren left out. Here is Issacharoff’s account in the Times of Israel.

I was there to report on the Nakba Day protests with a cameraman colleague from Walla News. He was some distance from me when he was approached by several Palestinian journalists who told him to “Get out.”

I walked toward them, and told them that if they had a problem, they should be talking to me. One of the Palestinian journalists, a young woman, then called over to a group of masked men, who swiftly surrounded me and began attacking me.

Who called on the mob to attack? A  young, female Palestinian journalist. One would assume that that detail is important, but it’s missing from Rudoren’s report. I’ll assume that it was left out intentionally.

The attack on Issacharoff and his friend did not come as a surprise to those who have been following the campaign waged by some Palestinian journalists against their Israeli colleagues during the past year.

The campaign began last year when some 200 Palestinian journalists signed a petition calling on the Palestinian Authority leadership to ban Israeli newsmen from entering Palestinian territories.

Abu Toameh blames the Palestinian Authority (PA) for “failing to take action against those who are inciting against Israeli journalists” and notes with a dose of irony “[i]n the good old days before the peace process began, 20 years ago, Israeli and Palestinian journalists used to cooperate, help and work with each other.”

These two observations are important. The first, because it implicates the PA for failing to foster a climate of peace and coexistence. The second, which is at least partly a result of the first, because it suggests that Palestinian politics has not moderated but actually has become radicalized during the peace process. This isn’t the result peace processors would have expected.

Though this runs counter to the approved narrative, it surprises approximately nobody, give or take zero persons.

The Palestinians have been caught frequently engaged in fauxtography and outright lying in their reportage. It did not work. This is the next step.

“it suggests that Palestinian politics has not moderated but actually has become radicalized during the peace process” This succinct phrase helps explain a lot. The peace ‘process” itself has created additional serious problems. It is impossible to see how Israel can engage in a further peace “process” until UNRWA is abolished, Arab incitement is stopped (and reversed) and Israel offered compensation and military support for having to put up with an untenable situation due to the failure of the international community to address the root cause of the conflict.
Israel should make it a clear precondition that even if a new state is established in Judea and Samaria, Jews will still live there. This area is not the Sinai or the Gaza strip. If the Arabs cannot create a state where Jews can live freely and with full human rights they do not deserve a state. In spite of receiving more foreign aid than was supplied to Europe in the Marshall plan, there is no evidence that the Arabs can create such a state. Rather the contrary, evidence suggests that at the current Arab society cannot build such a state. I get that one sometimes wants to reward failure even when success goes unrecognized, that is a part of life. But in this case, rewarding failure means the destruction of Israel. Never again should really mean never again. And liberal Jews need to understand that it should also mean NOT RISKING never again.