That was then, this is now

That was then, this is now 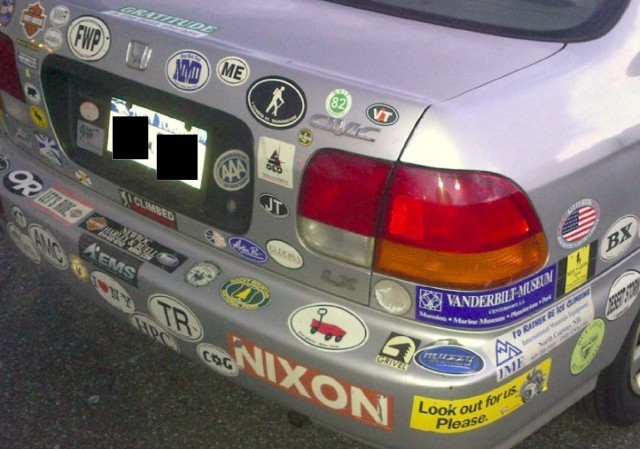 Nixon and Obama on the same bumper.

In front of a Barnes & Noble in Yonkers, NY. 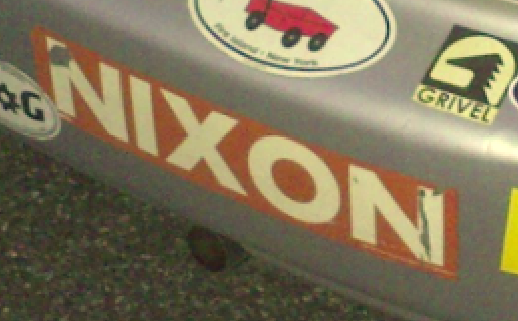 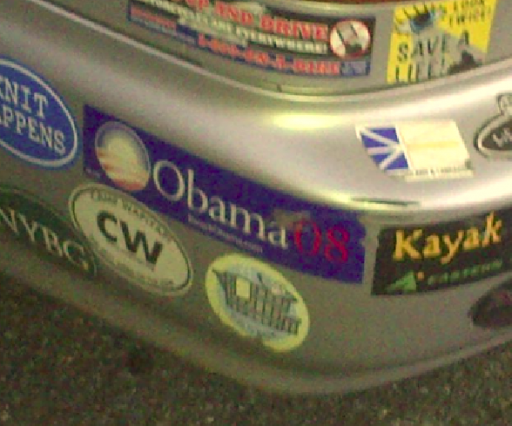 A whole new standard of bad. And a rising tide of filthy water really does lift all boats, history-wise.

Are you sure that’s our Nixon and not some liberal politician with the same name..?

At least Nixon loved the country enough to resign.

Surely that same car has not been on the road since the ’72 election. Maybe the Nixon sticker is just someone’s idea of a joke.

Most likely, the car owner didn’t even notice someone put a Nixon sticker on it. Hard to see through the haze, if you catch my drift.

At some point, you’re forced to conclude that he is using a layer of stickers as structural reinforcement and slapped on whatever he could get.

As far as Nixon, my impression from reading RN when I was laid up after oral surgery (drugs, so YMMV) was that he took LBJ as precedent and figured that as long as he never went as far as LBJ, he was cool.

Of course, LBJ was establishment-approved and Nixon wasn’t, so Nixon resigned rather than face impeachment. (Heck, if Nixon could’ve gotten away with stonewalling like WJC did, he would’ve probably finished out his second term.)

Of course, this is ancient history…but maybe Nixon should have just said “OK, fine. Let’s have a re-do on the election.” Didn’t he win, like, 49 states?
Does anyone seriously think McGov would have won a re-vote?

In this case I believe the Nixon sticker is from a watch brand, http://www.nixon.com/us/en/mens/watches/

I hear they’re good watches but they lose 18 minutes.

Quite possibly the best reply I’ve seen in months! However, very few of us will get it.

What a great comment! You should win a prize but Professor doesn’t yet have a contest for Snark of the Month.