Karen Handel is looking strong with less than three weeks until the May 20 primary, but the field continues to look crowded 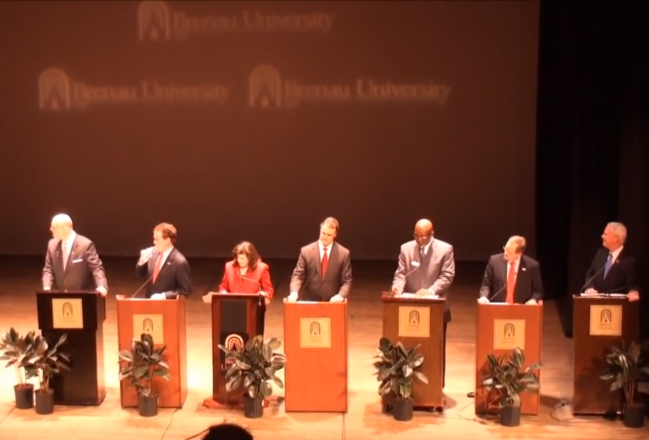 The Georgia Republican Senate Primary is rapidly approaching, and while the crowded field has shuffled around a bit over the last few months, it hasn’t seemed to thin out to the point of warding off a primary runoff on July 22nd.

A new poll shows front runner David Perdue maintaining his lead with 22%, but former Secretary of State Karen Handel is nipping at his heels with 21%, well within the 3.5% statistical margin of error. Congressman Jack Kingston, who has long been Perdue’s closest competition, dropped to 3rd place in this particular poll with 17%. Congressmen Paul Broun and Phil Gingrey rounded out the top five with 14% and 12% respectively.

I see two main takeaways from this poll.

First, the big surprise is probably the slow and steady climb Karen Handel has made over the last few months. When we visited this race at the end of February, Handel was at the bottom of the top five contenders, though admittedly still not far out of contention from the top spot. The Weekly Standard noted the effect of Handel’s recent success on the primary field.

This is the best showing in a poll so far for Handel, who has suffered from poor fundraising but has received a boost from some high-profile endorsements, including from Sarah Palin, Jan Brewer, and Georgia-based talk-show host Erick Erickson. Perdue has led in every primary poll since February, and he still has a 5.3-point lead in the Real Clear Politics poll average. The south Georgia-based Kingston campaign, meanwhile, has been running ads in the Atlanta TV market and recently received the endorsement of the U.S. Chamber of Commerce. While Kingston has been running a close second to Perdue, this is the first poll since February that shows him in third place.

Also noteworthy in this poll was the amount of “undecided” voters. Just a little over two months ago, 43% of voters polled were undecided. Now, that number has dropped to 11%.

While 11% leaves still many votes up for grabs, if this poll is even somewhat accurate, it is unlikely that any candidate will receive the requisite majority of votes necessary to avoid a primary runoff (as required by O.C.G.A. §21-2-501).

If there is a runoff, the top two go. Right now, it looks like that may be Perdue and Handel, but I wouldn’t count Kingston out just yet. A recent internal poll released by his camp shows Kingston leading the pack with 20%, Perdue close behind with 19%, and Handel rounding at the top three with just 14%. For what it’s worth, this poll had a margin of error of nearly 5%, and 28% of respondents indicated they were still undecided.

All polls aside, it would be difficult to suggest the momentum currently favors anyone but Handel. Come May 20th, we’ll see whether that momentum and her series of high-profile endorsements lands her in the July 22nd runoff, or if she’ll be blocked out by Kingston and Perdue.

My own main “take-away” from this poll is that it was “a combination of automated phone calls and online” – which makes it suspect.

And Erick Erickson is just trying to horn in on the reputation of Sarah Palin in case her candidate catches fire. His endorsement likely costs as many votes as it earns, but you could count either on your fingers.

I’m not trying to bait you here but may I ask what you have against Erick Erickson?

Faces wash out under those lights, but it looks to me like one of those Georgia Republican candidates is a black man.

Yeah, I went there, because I watched the Republican National Convention with its rainbow of speakers, and heard lying MSM “reporters” claim it was an all old-white-male convention.

Yes. That’s Derrick Grayson. (By the way I accidentally pressed the down vote icon).

We are long-time Georgia residents. I’m pretty sure that husband and I are voting for our Representative, Jack Kingston. We’ve known him for years. He has progressed from sometimes borderline RINO to strong Libertarian leanings of late. He’s pro-gun, pro-life, and vehemently anti-Obama / O’Care and anything Turd Boy has pushed on us. I think Jack will be a good choice.