If you know a DePaul student, read this

If you know a DePaul student, read this 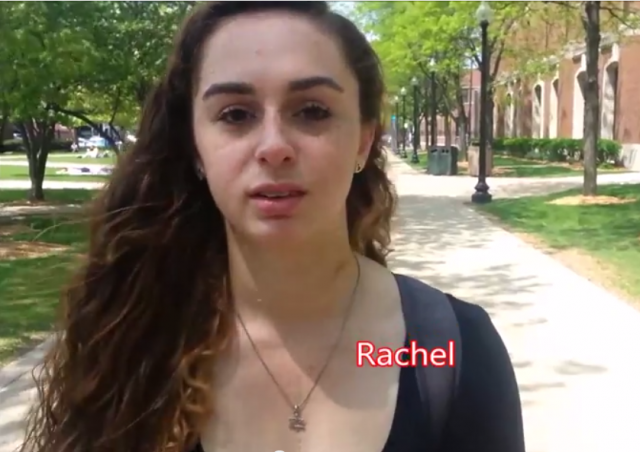 If you know any student at DePaul — undergraduate or graduate — you need to get them to vote against the anti-Israel divestment referendum.

Unlike other divestment resolutions, this is put to a full student body vote, not just the student government.

The vote is expected to be close. Every vote counts. You can help make a difference.

As always happens on campuses, I’m hearing there is a pretty consistent campaign of intimidation and a university which only enforces the rules against on campus filming and campaigning against the pro-Israel students.

Pro-Israel students are pushing back, but every vote counts:

Zionist and proud. Reject hate and anti-semitism. #voteno to #depauldivest

Why do people think voting to isolate Israel is being pro Palestinian? #depauldivest is not pro anything so we should vote NO to bigotry

YOU DONT CALL THAT HATE? #depauldivest is a pathetic campaign if they have to lower themselves to screaming and chanting in peoples faces

“Anti-Israel terrorists sleep peacefully in their beds at night only because dorky twerps in the universities of the Great Satan stand ready to demand you stop filming their anti-Israel chants.”

Hey, hey, nice shout out to you in Twitchy! Well done!

You know what makes it feel special? The thought of Professor J rolling his eyes and muttering, “Oh, Jeez. Don’t encourage him. Blowhard.”

In an asides, I attended DePaul when it was really a catholic school. Our youngest was just accepted there. After visiting the school, it was an immediate thumbs down. I was stunned at how much it has changed. Essentially, it has become a catholic-priced tuition public university, with an incredibly secular way of thinking. No more religion classes, but social justice ones instead, lest the non-Catholics become offended. They were very proud of teaching ‘chocolate cake with colonial fudge filling”…history of Chicago race issues.
They also preach inclusivity, diversity, and tolerance….except for the pro-Israel groups.

The level of ignorance on college campuses should scare the hell out of employers across the nation.

Employers should exercise discretion in hiring employees with a useful degree, and whose admitted activities on-campus are not indicative of a combative personality. I would not and have not hired anyone who is anti-Semitic. I don’t even have to ask them about it. Haters gonna hate, and they are remarkably un-self-aware of it.

Well, Jewish students, keep identifying with and voting for the Left.,they’ve got your back, don’t they? Stay in denial and learn nothing about what the Left has become.