Hiding the harsh realities of the “creative destruction of capitalism”

Hiding the harsh realities of the “creative destruction of capitalism” 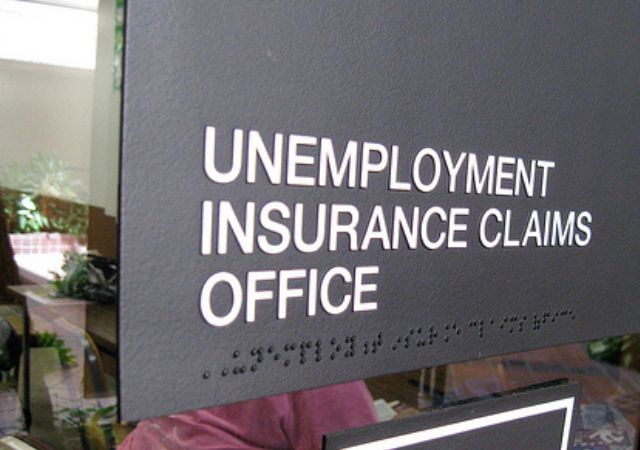 Conservative dynamo Tammy Bruce recently took a look at the how the federal government is masking the realities of our very questionable economic “recovery,”  disguising  the fact that 20 percent of American families do not have a single person in the household who is employed.

That kind of image is not great if your party is trying to market itself ahead of the November election.  Subsequently, new technologies end up hiding the true impact of the stagnant economy.

In order to file for unemployment benefits, you used to have to stand in line at the “unemployment office,” and speak person-to-person, describing what happened and what sort of work you wanted. Even more importantly, you saw you were not alone.

These days? Go online and file a claim.

Not only do you never need to leave your house, you also never see the physical reality of how many of your neighbors are in the same boat as you are. Instead, after you get your Electronic Benefits Transfer (EBT) card and click online to get your check, you hear politicians and their mainstream media propagandists on television telling you how fabulous everything is while waxing optimistically about the strength of the “recovery.”

Bruce also cited a California city’s desperate attempt to hide its “Obamaville” by using pods as “micro-housing”. This video takes a look at the realities of the San Jose tent cities that government bureaucrats want to hide.

In fact, San Jose isn’t the only area reeling under the effects of “stimulus efforts.” According to another set of federal statistics, almost 24% of the Golden State’s citizens live in poverty.

The realities of those numbers have been highlighted by the recent news that Toyota is leaving Torrence. Chris Reed of Cal Watchdog had this analysis of Governor Jerry Brown’s response to the company’s decision.

If you live in a state that has by far the highest effective poverty rate in the U.S. — at just under one-quarter of the population — you would seem unlikely to express satisfaction with the economics status quo.

But if you’re the governor of that state, and the media think you’re a whiz-bang because there aren’t any more budget stalemates every summer, you can just blithely say that 24 percent poverty is just the way it is, man. This was in the Sac Bee.

“There’s a fellow named Schumpeter who talked about the creative destruction of capitalism,” he said, referencing the economist Joseph Schumpeter. “And, I put the emphasis on creative, and, change is inevitable. We’re getting 60 percent of the venture capital, we’re the number one place for direct foreign investment in the United States. Do we have everything in all respects? No. But we have an abundance that constitutes a two trillion dollar economy.”

It looks like the politicians in charge of this destruction are going to have to remain creative in their attempts to hide the economic carnage.

The media will run interference for the Democratic Party and will not be telling the public of these horrific numbers. Just like they are trying to ignore Benghazi. Look how they refuse to mention that Donald Sterling is a Democrat and a big donor to the Democratic Party, if he were Republican he would be referred to as “Donald Sterling, the Republican owner of the L.A. Clippers, yadda yadda”.

If you read Thursday’s column, you already know that I predicted growth would be better than the Street was anticipating. That’s because the Labor Department adds a load of phantom jobs in April.

The government tries to estimate the number of new companies it thinks sprouted up during the month based on something called the birth/death model. The 288,000 figure included 234,000 of these phantom jobs.

Before you start doing the math and come up with the wrong answer, I have to explain that those 234,000 phantom jobs are added to the top-line — that is, the total number of jobs in the country.

The 234,000 number goes through a seasonal adjustment formula before it contributes to the headline figure of 288,000. In other words, not all the phantom jobs make it into the total that will have politicians foolishly oohing and aahing and other papers writing misleading headlines.

But the phantom jobs’ effect is so strong in April — and in May and June — that it sharply skews the job figures higher.

So I’ll make my predictions for May and June’s numbers right now: There will be better job growth that the “experts” are predicting and Washington will be beaming.

That joy will end in the summer when the Labor Department pulls back on the birth/death model and phantom jobs slow to a trickle.
—Via Steve Green

Things are worse than they are telling us.

Around 2000, I read an article about the number of homeless in San Francisco and the city’s budget to deal with the problem. I did the math and it came to a little over $40k a head. Now some of the homeless are sick and need to be institutionalized. The rest probably could get by if your gave them $2,000 a month.

But we can’t do that even though it would cost less. That would break the rice bowl of some city workers.

There is further economic impact for California. next year . The New improved Panama Canalwil be opened to larger ships . The ports of Tezas , Louisiana charlston & Ny have been upgraded to take more shipping .

It will no longer be necessary to dock in California & send freight across via train/ road network . Thenimpact on jobs will be harsh but the ports & roads will be freer .

Freedom ‘s just another word for nothing left to lse …..might be the new state anthem.

Tar and feathers for the LSM and government officials.

I’ve been watching videos of the rise and fall of Hitler’s Germany. Some of Obsma’s tactics are taken straight from Hitler’s playbook: crush the opposition and eradicate it so there’s only one party; create chaos, spread disinformation to promote your agenda; LSM propaganda; race charges; foment distrust and division.

What Hitler said is also true of Obama: he is not here to make you feel good about yourself; he is here to take advantage of your weaknesses.

This destruction of the American economy is intentional and is intended to foster the conditions that led to the rise of Nazism. So, the remaining years of Obama’s reign are going to be very dangerous ones. If he is successful, we will see concentration camps for Conservatives and people of faith who dissent from the Socialist-Communist heterodoxy infecting the nation. There are already calls for it. It will happen if we are not prayerful.

Well written and put together article. I read every sentence with interest. Idk how I missed the 24% poverty rate. Disheartening:/ even if justifiably blaming politicians is fun

Why is San Jose getting all this credit for their Obamaville? San Jose is behind the curve… we have U-Domes in our Obamaville!

Half the price and twice the crime!

According to gov Brown, if we raised taxes to 100% and all the other businesses left our state to avoid them, that would also be creative destruction. Lol. No, I don’t think that’s what Joseph Schumpeter had in mind when he coined the term. Government intervention is not creative destruction.

The unemployed now have more time to read poetry, create stick-figure pictures and enjoy nature up close. All good, dudes.

Example: Creative destruction, the fiat/banking system that loses $4bill due to a “math error” while an alternative technology called Bitcoin, utilizes a decentralized ledger system called the blockchain that is constantly rechecked by multiple systems.

Bitcoin is also encrypted so that the it cant be taken by “civil forfeiture” and used by the confiscating agency without due process.