China warns recent indictment against several of its military officers will harm relations with U.S. 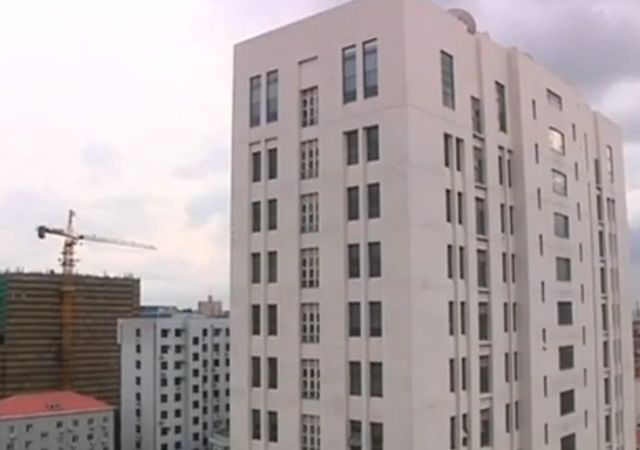 China is not taking lightly the recent announcement that the United States has charged five Chinese military officers with conspiring to hack into computers of commercial entities in the U.S. for competitive and economic advantage.

The U.S. Ambassador to China, Max Baucus, met with Zheng Zeguang, assistant foreign minister, on Monday shortly after the United States charged the five Chinese, accusing them of hacking into American nuclear, metal and solar companies to steal trade secrets.

Zheng “protested” the actions by the United States, saying the indictment had seriously harmed relations between both countries, the foreign ministry said in a statement on its website.

Zheng told Baucus that depending on the development of the situation, China “will take further action on the so-called charges by the United States”.

A Chinese Foreign Ministry spokesman said in a statement Monday that “The United States fabricated facts in an indictment of five officers for so-called cybertheft by China, a move that seriously violates basic norms of international relations and damages Sino-U.S. cooperation and mutual trust.”

That spokesman also indicated that China had suspended the activities of a joint Cyber Working Group between the two countries, citing a “lack of sincerity by the United States for cooperation to solve cyber-security problems through dialogue.”

As Reuters noted, the indictment may create more tension between the U.S. and China.

The indictment is likely to further roil relations between China and the United States. Besides cyber-hacking, Washington and Beijing have grappled over a range of issues, including human rights, trade disputes and China’s growing military assertiveness over seas contested with its neighbors.

“The Chinese government and military and its associated personnel have never conducted or participated in the theft of trade secrets over the Internet,” the foreign ministry quoted Zheng as telling Baucus.

Zheng told Baucus that the U.S. attitude to Internet security was “overbearing and hypocritical” and urged the United States to give China a clear explanation on reports that Washington has long spied on the Chinese government, businesses, universities and individuals.

Not surprisingly, reaction from the public in China has also been critical of the U.S.

Most comments online criticized America, with frequent use of the phrase “a thief crying ‘stop thief,’ ” as Edward Snowden’s revelations about U.S. cyberspying, including against multiple Chinese targets, have been well publicized in China. “There is no right or wrong, there are only the strong and the weak,” wrote Xie Zhijun, a construction company manager in eastern Dalian, on the micro-blogging service Sina Weibo, equivalent to Twitter.

Video report below from USA Today.

1) US revealed to be taping every call in the Bahamas . Ditto another unnamed nation too dangerous to publicly acknowledge .

2) CIA finaglly admits to using mass innoculation drives as espionage fronts . Not only the Pakistani doc on the hepatitus drive that allegedly tried to obtain Bin Laden compound DNA. but All & any projects . For this the UN had to suspend the Polio scheme in Pakistan because innocent health workers were being killed ( the Taliban rightly accusing them of subversion but of course killing the wrong people ) .

Now Pakistan is a Live Polio region & all whho exit must be vaccinated . Congratulations . What they have done in your name is plain disgusting . I am not an automatic anti American but but this is beyond any justification . Fuck you guys ! Gheezus Playing with Polio .

First, leck mich am arsch! Gheez! Get off your high horse.

Second, there was no harm done by trying to inoculate these people. All the CIA wanted was DNA. Benign op….that never should have become public knowledge.

Third, intelligence agencies use many, many techniques to gather information. The problem with this one is that some stupid douchebag decided that OPSEC was not important enough to protect. If they hadn’t released that information, which they were not authorized to do, there would be absolutely no issue. Of course, now there is. So, thanks, anonymous douchebag.

By the way, who is the “unnamed nation too dangerous to name?” If you know it, then it must be public record, unless of course you have a security clearance and shouldn’t be talking about these things.

You are missing the point . Not that the US provided any protection to that particular doctor on that project ( you left the guy. high & dry ) but that they have used every project to spy . Thus none are trusted now ,hence Polio is making a comeback.

It was only after protests from the Public Health Depts of 13 contributing American universities that the CIA finally admitted yesterday . Then , of all things , they said they are still committed to eradication of Polio .( Fox news yesterday – not me ) . Sure .

You are not keeping with latest NSA leaks . The X country was not mentioned by the source ( not me ) because publishing it was deemed too dangerous . This is in the domain of Wiki , NYT etc who also block identifications . The word is redacted ,nein?

If you are happy with this action on your behalf then fine but it don’t play the Global High Moral card either .

correction – As for China

I’m sure the amount of US debt China holds was mentioned.

As was Snowden. Thanks to him, we really can’t be taken seriously when complaining about spies.

Its bad for America, but you can’t help but be amused at the incompetence of this administration. Hashtag diplomacy and feeble threats, and were going to be forced down from even that.

I’m sure it was also pointed out that the USA has zero jurisdiction over Chinese military officers.

Just more stupid posturing from this clown car of an administration.

This seems to be standard procedure for China. If you catch them at something, they make believe that they are wronged, and take revenge on the person accusing. Thus truth is irrelevant.

What do we expect from a bunch of Communists? Of course, people will swallow it, as many swallowed the KGB claiming their work was actually the CIA.

Of course we are spying on China. We sure as hack (sic) had better be! But that’s not the same as industrial espionage.

Although when the Soviets did this, we just sabotaged the info. We ended up causing a major pipeline explosion in the USSR (heh, heh).

I loved Ms. Nagy’s thorough reporting on the Snowden affair. This seems more like a cut and paste offering. At Wired, there was at least some comment on the merits of this kind of indictment (http://www.wired.com/2014/05/us-indictments-of-chinese-military-hackers-could-be-awkward-for-nsa/). Since it appears that Russia is trying to cut a deal with China to buy Russian natural gas and possibly constrain the supply to Europe, one wonders why this administration keeps playing checkers while foreign adversaries play chess.