The incurious media when it comes to Obama admin scandals

The incurious media when it comes to Obama admin scandals

No scratching beyond the surface 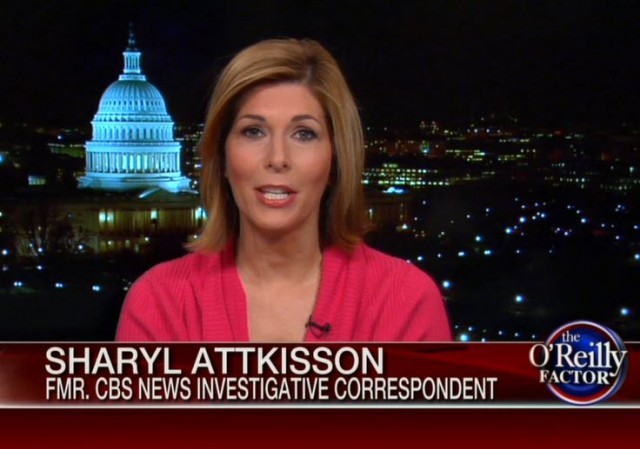 Via The Free Beacon:

Sharyl Attkisson appeared on O’Reilly Factor Thursday night to discuss her time at CBS News in an exclusive interview. Attkisson revealed that higher ups at CBS had killed her investigative reporting on a number of stories that included Fast and Furious, Benghazi, and Obamacare.

CBS told Attkisson she had to abandoned her story regarding Fast and Furious because of lack of interest. According to Attkisson “It came to me I don’t think on the viewers’ part but on the people that decide what stories go into the broadcast and what there is room for, they felt fairly early on that this story was over when I felt as though we had barely begun to scratch the surface.”

When I was a kid I watched Vietnam and the Watergate hearings on television. I never would have believed that the media would participate in covering up administration incompetence, malfeasance and/or abuse of power.

What do you believe now, MyIQ?
Also, any thoughts on turning the situation around?

To say the least, it does a disservice to lead the body politic astray. Not only do you get sub-standard citizens but evil and incompetence flourish where the sunshine is absent.

That quote got badly mangled. It might help to clean it up or at least through a few sics in there.

we can read through (sic) it

Just think what it would be like if we had a working press, instead of the Mushroom Media myrmidons.

Oh, Sharyl Attkisson! So close, and yet so far.

It was not “lack of interest” that has led CBS and the rest of the far left media to ignore Fast and Furious, Benghazi, and Obamacare. Instead, they are actively covering up crimes to protect Democrats politically.

Your former colleagues are corrupt and evil. Face up to it.

“We are grateful to The Washington Post, The New York Times, Time Magazine and other great publications whose directors have attended our meetings and respected their promises of discretion for almost forty years. It would have been impossible for us to develop our plan for the world if we had been subject to the bright lights of publicity during those years. But, the work is now much more sophisticated and prepared to march towards a world government. The supranational sovereignty of an intellectual elite and world bankers is surely preferable to the national autodetermination practiced in past centuries.”

The quote is contested. Supposedly from a speech to the Bilderberg Group, but no good source.

It is amazing how these alleged statements find their way onto every conspiracy page, but never a credible original source that can be checked? There is another famous one supposedly by Kissinger at the same event.

How did the enemies of the Bildeberg group manage to get a spy into the “secret” meetings, and the most damning thing he found is quotes from two speeches? Inside all the “secret planning for world domination,” their spy only wrote down those lame quotes?

Reading between the lines, Sharyl was assigned stories that were later killed by the network once she developed enough information that cast the Obama administration in a negative light.