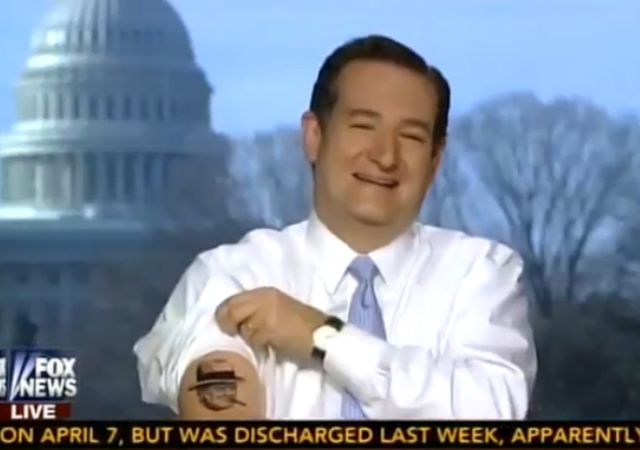 Ted Cruz had a little fun this morning with the cast of Fox and Friends.

Playing off the recent sightings of posters around Los Angeles with the Texas Senator’s face photoshopped onto a tattooed body, Cruz flashed what he claimed was a new tattoo of Winston Churchill on his arm to the Fox and Friends cast.

After several of the seemingly surprised cast members asked if the Churchill tattoo was real, Cruz eventually fessed up.

“I will note if you look at the calendar, it might suggest something about what you’re seeing, but I’ll leave that to others to figure out,” Cruz quipped.

Rand Paul is rumored Roger McBride tattooed on his chest, and something about “open borders” in the “tramp stamp” area.

“to have” Roger McBride, of course