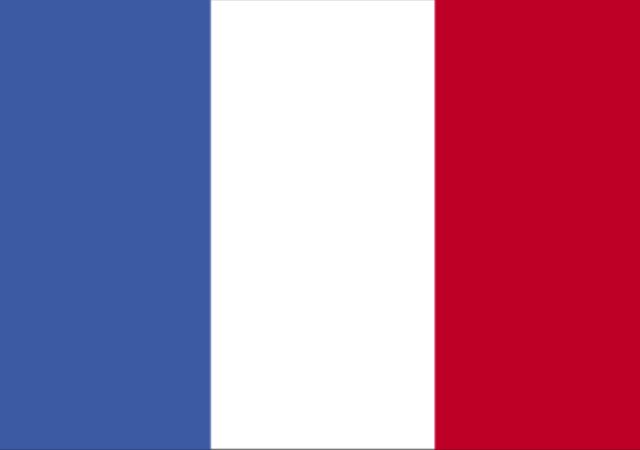 …until people experience enough of it, that is:

These are local contests, but they indicate a dissatisfaction with the Socialists. However, the way voters have been going in recent years (including in this country), there’s a strong tendency for fickleness, and a “what have you done for me lately?” mentality that causes rather large and temporary pendulum swings. Only time will tell whether this is a more lasting change.

And, just as in the US, the very biggest cities tend to remain most strongly leftist:

The centre-right UMP was said to have captured a number of key cities, including Toulouse, Quimper, Limoges, Saint-Etienne, Reims, Roubaix and Tourcoing.

The Socialists retained control of Paris, with their candidate Anne Hidalgo due to become the capital’s first female mayor.

Remember, too, that left and right in Europe are not the same as in the US. For starters, the colors are reversed (as they used to be in the US), with red for the left. But more importantly, in Europe the entire apparatus is shifted to the left in general.

UNP is anti-immigration (a good thing, imho). I am curious how big a factor that was in their win.

Still, like a right wing revolt here, it seems voting out the socialists only slows down the move to the left in Europe, it doesn’t reverse it.

Looking domestically, it has been 20 years since there has been any movement in a conservative direction (welfare reform) and that has basically been undone with the expansions of SSDI, foodstamps, etc anyway.

“control of Paris, with their candidate Anne Hidalgo”

Control of Paris has been ceded to the Spaniards, huh?

For shame, for shame. And they insist we cain’t use the word champagne for our wines.

Coming next election, the mayor of Paris will be Abu Mohammad Hussein; facilitating the “far right celebrating further gains”

left and right in Europe are not the same as in the US. For starters, the colors are reversed (as they used to be in the US), with red for the left.

Red was a signal flag color for a mutiny or revolution (black = piracy, yellow = plague, etc). So back when socialism was the new radical thing (think, say, 1848, or even the later Paris Commune), red flags were a natural.

But now that socialism is just the “common wisdom” belief in the economic equivalent of perpetual motion, there’s no longer anything revolutionary about it.

The modern “red” and “blue” seem to derive from the colors chosen by the newsies for their maps of the US when covering elections, and of course meant Republicans and Democrats. Back when they started doing that I had a B&W TV, so all I knew was that states called for the R candidate were gray, and states called for the D candidate were also gray, making the usefulness of live coverage somewhat suspect. And by the time I saw it all on a color TV I was old enough to realize that TV news wasn’t worth paying much attention to. So I might have the reds and blues mixed up. But the reasoning is that if the Dems are America’s socialist party, and the Repubs are, by default, the non-socialist party, then “blue states” = those controlled by the socialist party, “red states” = those controlled by the other party.

Pretty feeble system, to be sure.

In Europe, both wings (and colors) are what Americans would consider socialist. The split is along nationalist/internationalist lines, just as it was eighty years ago, with the fascist/communist schism.

I would argue the political evolution in Europe is even a bit more complex.

Prior to Marx you had basically two political schools;

Liberals: which were basically a mix of American style conservatives and libertarians.

Conservatives: Aristocrats and their allies

When the socialists appeared on the scene they were a distinct third faction. But over time European conservatives found they could make common cause with the socialists.

Classic liberals are pretty rare in Europe. What you have in France in a rise of national socialists. The whole continent is tilting that way, usually via electoral process.

Liberals: which were basically a mix of American style conservatives and libertarians.

Conservatives: Aristocrats and their allies

When something like what we would recognize today as political parties evolved in Europe (well, England, mainly – historical French politics I find as impenetrable as, say, Japanese pornography), the split wasn’t Conservatives vs. Liberals, it was Land vs. Money. That is, Tory vs. Whig. The Tories were conservative in the sense that the way things had been since the late Middle Ages were just fine with them. And the Whigs were liberal only in the sense that they weren’t Tories (or conservatives).

The Whigs in the US took their name from the Whigs in England, even though resemblances between the two were superficial; really, little more than the fact that they opposed the “conservatives”.

As we all know, the Whigs in America fractured over the question of whether the new states forming in the West should be admitted as slave states. The anti-slavery Whigs formed the modern Republican Party. But American abolition was not a left vs. right, Liberal vs. Conservative phenomenon; it was primarily a religious movement. Its strongest bastion was new England, the part of America with the strongest Puritan roots.

Back in Europe, the Tory/Whig system, pitting land against money, basically ignored the common man, who generally had little of either. Awareness of the economic importance and the potential political clout of the common man – the people whose labor as farmers and factory workers actually kept countries economically viable – was developed by Marx and his fellow travelers. But that had little effect in America, where the vote of a homestead farmer counted for as much as that of a plantation owner; unlike most of the Old World, America had no peasants, no large and essentially disenfranchised class of laborers.

I live in Europe and travel to France quite a bit. I have colleagues who are French nationals. They all consider Hollande a mess. His election was a wave of Socialism, driven by immigrants, further pushing France left. Vast numbers of people in France are unemployed, and all are under-employed due to French labor law.

The main issue is that no one has the will to correct it. It is a certain way to lose an election. France will continue to slide into obscurity unless the nation bands together to accept the reality of their crisis and concede some personal losses to save the country.

France has effectively done the opposite of Germany, and you can compare for yourselves which one has fared better. Right now, Germany is holding the concept known as “the EU” together. Every other country is either too much in debt to help, or too small to help.

It’s therefore amazing to see the dollar slide against the Euro. That is a pretty telling statistic.