Rick Perry Has Last Laugh as Toyota Moves to Texas

Rick Perry Has Last Laugh as Toyota Moves to Texas 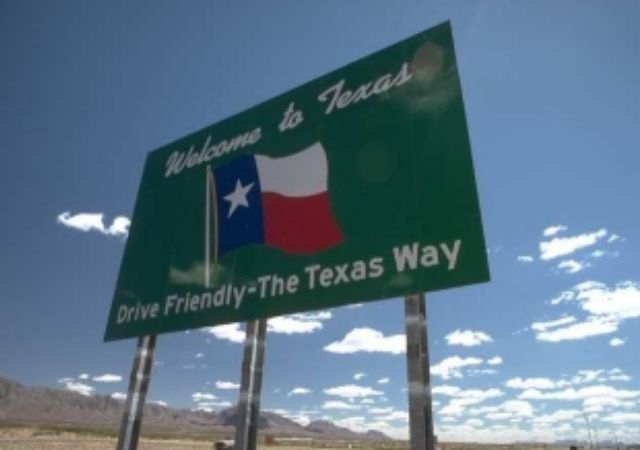 Professor Jacobson just asked if a Toyota can get from California to Texas on single tank of gas?

As a Californian, I would like to answer that question.

So, if the fuel is blended with those farts, the answer is: Hell, yes!

Interestingly,Toyota has had a relatively long-term stay in California.

With its worldwide headquarters in Japan, Toyota’s U.S. operation has headquartered in Southern California for more than 50 years. Most employees affected by the move, which begins in 2016, work on a sprawling campus in Torrance.

“This is the most significant change we’ve made to our North American operations in the past 50 years, and we’re excited for what the future holds,” says Jim Lentz, Toyota’s U.S. CEO.

My question is not why Toyota is leaving, but why it took them so long to make the move. The economic advantages to both the company and its employees are quite compelling.

As for employees, the cost of living is 39 percent higher in Torrance than in Plano, and housing costs are 63 percent cheaper in Plano, according to bestplaces.net. An equivalent $50,000 salary in Torrance would be $30,608 in Plano.

..But Toyota already has a relationship with Texas with its $2.2 billion truck assembly complex near San Antonio. During the negotiations for the truck plant, several key Japanese Toyota executives became close with Texas state officials, a source close to Toyota said.

The relationships between state officials and company executives may have been a major factor in this decision. People tend to hang around only where they are wanted, and in California, big firms are often targeted as “evil”.

A series of articles published by the Los Angeles Times offers a glimpse into the kind of press Toyota has been receiving in this state. The car company has been dealing with accident cases involving the unintended acceleration of its vehicles.

This led to dozens of stories in the Los Angeles Times that described a series of similar cases involving Toyota and alleged a coverup of the accidents and serious problems with Toyota’s engineering and vehicle design. But there’s a gigantic problem with this story.

The case of the death of the CHP officer involved a misplaced floor mat pinning down the accelerator — not Toyota’s fault. The Prius case by all evidence appears to be a fraud by a con artist – not Toyota’s fault. And as some iconoclastic journalists pointed out as the case was unfolding, nearly all the cases involved elderly drivers who are far more prone to driver error such as hitting the wrong foot pedal.

The Texas Governor can thank California politicos and its press for the continued success of his poaching efforts.

“Barely a fart”, eh Moonbeam? Must have been one of those silent-but-deadly varieties.

The brother of one of my wife’s best friends works there as an accountant, as does his wife.

A couple of summers ago we took one of our younger daughter’s classmates to the beach with us. When I asked my wife recently if our daughter was still friends with her, she told me that they had moved to Texas last year. She said the father owned a company and was fed up with California’s anti-business climate.

Jed Clampett, if he were alive today, would be leaving Beverly Hills for Texas.

posted in tip line but wanted to make sure people saw it.

I’m a Californian. I’m contemplating a move within the next year. North or South Carolina or Texas are chief possibilities. Have some familiarity with Carolinas (my parents lived there) but not much of Texas.

Just leave any liberal politics behind 🙂

All three are good choices. Let me know if you have any specific Qs about NC, plus there are other NC-ers and SC-ers here.

NC-only Drudge Report knockoff (with permission), a conservative aggregator newsblog called the ‘Carolina Plott Hound’ (our state huntin’ dawg). Good way for anyone to keep up on NC if they saw a need, like tracking the Kay Hagan demolition:

Anybody here in Clyde, NC?

Columbia, SC here for a week at a time, then it is Duncan, SC for a week….it is how my work schedule rolls. Clyde is close to the pocket of weirdness that is Asheville. Every time I visit Asheville I feel the urge to bathe in disinfectant.
All jokes aside, the Clyde area is nice and full of “mountain folk” and blue collar papermill employees…..my kind of people. My rabidly leftist Aunt and Uncle have retired to Asheville where they rail against the Kochs…..the same brothers that allowed Aunty and Uncle to retire in extreme comfort. I dislike the leftist immensely!

not all of us Californicators are dim-witted Green libs. My Congresscritter is Duncan D. Hunter (R-Alpine, East San Diego County). You won’t find a better defender of conservative values

Ann Coulter used to be big on him until she wasn’t.

A house with a value of $500 grand in Southern CA is worth about $200 grand in any of the major cities here in TX.

The people here in TX are very friendly.

I noticed all of it when I moved here from the Northeast in 1998. Sixteen years here, zero regrets. I can’t imagine living anywhere else.

rick perry is a failure could never be president not like our successful Barry in the White House. Rick Perry is a living failure not good enough on a national level.

Obmaa if he weren’t black and did not have the media in his pocket could never be anything more than a community organizer.

You can’t say that Tyrant Barry Obama the Liar is successful as president unless his goal is the destruction of our country. Well seeing as his goal is fundamental change which is the same as our destruction I have admit that he is having a successful reign.

The only problem now with all the new business moving to TX is the Supreme Court ruling with the EPA which was a politically correct move imho. That Justice Roberts is a real jerk.

But he is the president of this country he is the BOSS. Rick perry is stuck promoting his small town small minded all welfare is bad destroy the government bomb Iran Iraq Saudi Arabia Sudan Moscow Ideas in Texas one state one ppl no further than that

Are you hallucinating? Rick Perry is not responsible for foreign policy and hasn’t advocated starting any wars. He hasn’t tried to eliminate welfare though it would be good for those able bodied poor to be motivated to make something of themselves instead of being leaches.

Just about anyone in the USA would make a better President than Tyrant Obama the Liar. I doubt that anyone would be as anti-American and incompetent as our Tyrant. Furthermore, they wouldn’t violate the constitution like Tyrant Obama and wouldn’t like like him either.

And Srachi…. don’t forget we’re getting Srachi too! We like that hot stuff – it’s pretty popular around here!

Despite being the worst ever in your opinion he was elected twice has the highest office. You said he wouldn’t do it and he did it. Bush is the one of the woes presidents ever lying to take us to war. Rick Perry Ted Cruz Mike lee and the Newtster could never be national politicians. Regular folks are turned off by their hard right stance. You cannot refute that. Conservative America needs to embrace the rest of America. but just like LI website conservatives are always right from up high on order for poor Americans to have more the rich need a lot more. Rap is bad homosexuality smoking any religion except evangelist Christians are wrong and that turns people away

Conservative America is to hostile towards the rest of America and will continue to be a fringe party a minority while the democrats steal and steal and steal.