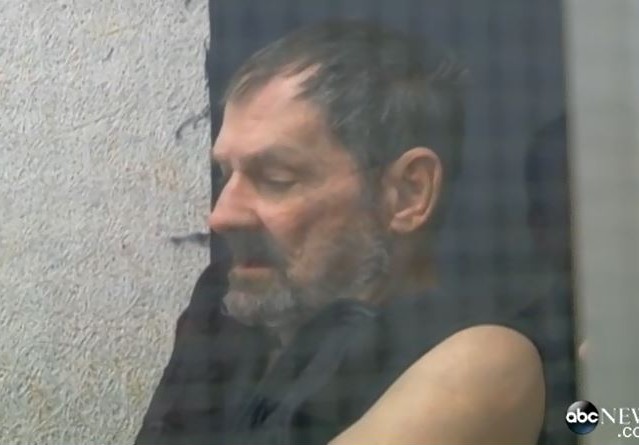 Just when you thought the week could not get more strange.

Frazier Glenn Cross, the man accused of murder in the shootings of three people outside Jewish facilities in Kansas last week was, for all practical purposes, born at the age of 49.

The federal government gave him that name when he was released from prison in 1990, along with a new social security number and a new place to live, not far from the Missouri River in western Iowa.

The idea was to erase any connection to the man he had been before: Frazier Glenn Miller. White Nationalist leader. Spewer of hate. Federal informant.

“I joined the family in Sioux City, Iowa,” Miller wrote later in his self-published autobiography. “I enrolled in truck driving school…and I’ve been trucking ever since. And I love it. After prison, the freedom of the open road is gloriously exhilarating.”

Less than three years earlier Miller had been a fugitive from justice, the subject of a nationwide manhunt after he had declared war on blacks and Jews, exhorting his thousands of followers to violently overthrow the very government that would soon become his protector….

In the course of their investigation, authorities also learned the stunning details of Miller’s arrest a year earlier. Raleigh police officers had caught Miller in the back seat of a vehicle, in mid-act with a black male prostitute masquerading as a woman.

“It was pretty shocking,” says McCullough, “because of his personal stances that he had taken and what he was now accused on engaging in.” ….

Very little is known of the years Miller spent in Iowa and Nebraska living as Frazier Glenn Cross.

“He asked for protection from both the White Patriot Party people and blacks in prison because he had alienated both groups,” says McCullough. ”Obviously once he served his sentence he couldn’t go back to where his old compatriots were because he would be at risk. So we had to put him somewhere safe.”

This sheds some light on the confusion as to names, when the shooting took place.

Too bad there weren’t any warning signs that would have alerted any idiot paying attention that bad things were associated with this guy……….

There must be tens of thousands of people with FBI identity transformations . The problem is that if they were big enough criminals beforehand to qualify they will still be criminals afterwards but with a new id.

When does an FBI informer become not a tool or provacateur or like this guy have gone feral .