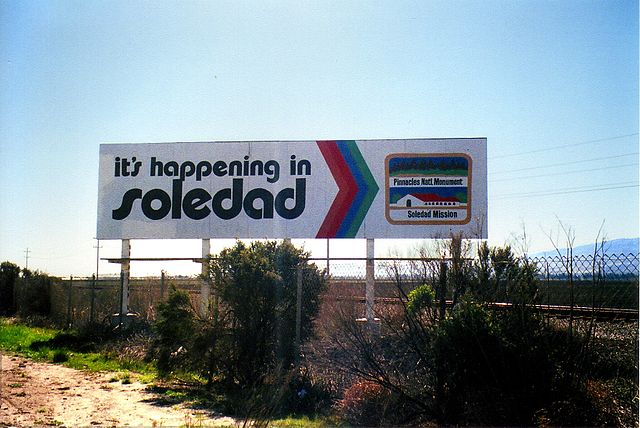 I’m recommending the book Destructive Generation: Second Thoughts About the Sixties by David Horowitz and Peter Collier. It’s a chilling document, especially because—unlike in 1989, when the book was first written—it’s become more and more clear that the left’s long Gramscian march through our institutions has been largely successful.

The book’s first chapter—the story of Fay Stender, is a tale of such sadness it’s almost unbearable. Stender was an idealistic leftist lawyer who defended, and had affairs with, black prisoners such as Huey Newton and “Soledad Brother” George Jackson, and was later shot by another black con after her supposed “betrayal” of Jackson.

Stender’s life trajectory wasn’t just sad, of course. It was offensive and outrageous and anger-provoking, and not just for what was done to her but for her own role in it. But it was also sad. It was sad that Stender was so naive in the first place as to dedicate her life to defending a group of socipathic con men who happened to talk a good line of racial victimization, sad that she deceived herself so greatly in her perverted idealism.

It was sad that, when she finally realized who and what they really were, it was too late to save herself (or others) from their revenge although she tried her best. Sad (although ultimately good, if it’s truth you’re after) that she lost her illusions even before her former buddies managed to get her, and sad that, prior to their destroying her physically, she had realized her life’s work was a sham and a betrayal of the principles she had thought she was defending.

Sad and ironic that, at the trial of the man who had shot her five times and left her in horrific unremitting pain and paralyzed from the waist down as well as handicapped in the use of her arms, his defense (unsuccessful, at least) was based on the sorts of arguments she had formerly used to defend other black activist criminals.

You might say that Stender got what she deserved, but I see her story as tragic despite (or perhaps because of?) her own role in her destruction and the destruction of others.

Oakland in the 1960s and 1970s was the epicenter of white radical leftism’s embrace of black criminals. The trial of Stender’s shooter—where most of the radical lawyers who had previously defended people like her would-be murderer were now rooting for the prosecution—was a sort of watershed. Having read Horowitz and Collier’s account, I now think of it as similar, at least on a local level, to the shock waves sent through the American left by Khrushchev’s revelations about Stalin’s crimes. Those on the left had to make a decision about Communism itself, and a lot of people quit the party as a result. The ones who stayed were the hard core who were able to compromise with any evil for the Cause. I think a similar thing happened to some of Stender’s colleages; many left the fold, and the ones who stayed were the ones who were able to convince themselves that 2+2 made 5.

Stender killed herself at the age of 48, about a year after she’d been shot. Friends say she did it because she was overwhelmed by pain and her handicaps, but I believe that equally unbearable to her may have been her realization about the uses to which she’d put her life, and the depth of her regret about the choices she made.

Stender was no shrinking violet in the heyday of her activist years. She romanticized the black prisoners she lawyered and loved, and felt more comfortable with them than with more conventional society. Her tale is a cautionary one for our times as well; the phenomenon has hardly died out with the 60s:

John Irwin, a former prisoner at Soledad who had served his time and after his release obtained a degree in sociology and became a leader of the Prisoners Union, was called into the Soledad Brothers case…Irwin was taken aback by the ease with which Fay and her associates accepted a sentimental and, to his way of thinking, benighted view of prisoners simply as victims of social circumstances, and of prison simply as an early warning system of the fascist state toward which all American social institutions were heading…”I don’t think Fay ever understood the commitment to criminality that many of the persons she dealt with had.” Irwin was disturbed by the romantic acceptance of violent solutions and by what he was as a kind of sexual romanticism: “It was mostly woman who were doing the organizing. They had each picked their favorite Soledad Brother and were kind of oo-ing and ah-ing over them, like teenagers with movie stars.”

Stender lived long enough to understand that “commitment to criminality,” up close and very very personal. Whether or not she changed in the political sense of rejecting leftism itself I cannot say. Perhaps not, but perhaps if she’d lived a while longer she would have come to that conclusion, too (as did Horowitz himself). As it was, though, she made a symbolic gesture that is very telling: not long before she killed herself, she burned everything she’d written in connection with her work, including the manuscript of the book she had edited (and had cleansed of its more inflammatory and incriminating passages) for George Jackson, Soledad Brother.

That book is still for sale at Amazon, of course, praised by the usual suspects:

“The power of George Jackson’s personal story remains painfully relevant to our nation today, with its persisten racism, its hellish prisons, its unjust judicial system, and the poles of wealth and poverty that are at the root of all that. I hope the younger generation, black and white, will read Soledad Brother.” —Howard Zinn, author, A People’s History of the United States

The left never rests, does it?

I didn’t need a second look myself – the activities of my elders – the sixties generation – who were burning down their universities at the time I was in grade school made me into a conservative.

I do appreciate the reminder.

I’m of the flower-power generation. It never held much appeal for me. There always seemed to be a darkness surrounding all that free love.

They were a bunch of clueless kids being led down the primrose path by a cadre of aging hippies who used them to promote the left’s agenda (and get a little on the side).

Thanks for the tale of Fay Spender. Interesting.

Is it a tragedy when the beast-master at the Colosseum is devoured by the lions?

I hope her heart softened and she accepted Christ before she ended her life.

Imagine how much good she could have done to remedy the wrongs of her past. A christian conversion would have assured a light in the darkness for her and a path that would have probably undone truly all of her life’s work. Repentance could have been complete and the stain of the evil that she abetted, either uncovered or erased. What sadness for us all and ultimately for her that she chose the easy way out. Sadly I don’t believe that God would look kindly on what she did to escape.

God doesn’t look kindly on any of the sins that I’m prone to commit, but I don’t subscribe to the mortal sin concept because, well, the Catholics made that up. No offense to any bible-believing Catholics out there.

Jail birds are usually jail birds fir a good reason. Romanticizing them as victims, even during the flower power glory days, was a fool’s play, and the point was about condemning America for its evil past–is anybody condemning slavers of today for their various forms of slavery?–rather than the men for their bad acts. Things haven’t changed since then. To the Communists, America is always wrong.

“the poles of wealth and poverty that are at the root of all that.”

Now there’s a pope who claims that “inequality” is the root of all social evils.

Does the head of the Catholic Church — an organization that supposedly believes in moral good and evil — sincerely believe that some people kill and maim others because they have less stuff than others? Does he think we should blame poverty for heinous acts of violence and fraud against other human beings?

Well, maybe it is “inequality” in those cases: the stark division that Muslims draw between those inside and outside the tribe. But something tells me that isn’t what the Holy Father means.

So the head of the Catholic Church is shockingly naive.

Neo, you surely are a good writer. Thanks for that story.

She was an eager codependent and they flock to inmates and ne’er do wells.

You got it figured out Henry.

Those narcissistic people are “fakes” always trying to hide their true and non-caring nature with a false front of “I’m better than you because I hurt more than you for others.” When all those fakes are doing is feeding their own bottomless egos.

Fay Stender earned every bit of misery she suffered before she finally overdosed in Hong Kong.

I can’t believe CWL has the gall to hold that idiot up as a role model. Winning a Fay Stender award should be an insult, not an honor.