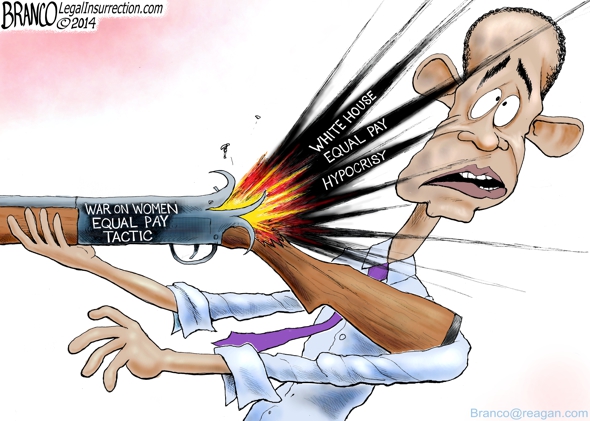 While I agree with the sentiment, in reality there isn’t much actually blowing up in Barry’s face since the vast majority of the media are made up of little quasi-marxist shills for this hack excuse for leader.

You apparently missed the explosions in the liberal media calling out Obama on this scam.

The media slammed the WH… hard. The WH retaliated by playing the Sexist Card on the WH press corps. oops… wrong move.

See Obama still spouting that meme? No? It’s as dead as Schumer and Reid attacking Koch Bros after they were outed as taking Koch money for their campaigns.

Media is in survival mode as the liberals walk on their collective ‘manhoods.’

Yes I did miss that. I haven’t been ingesting nearly as much prog media since I cut the cable cord.

Glad to hear the little press minions are starting to stray off the reservation (apologies to Liz Warren’s family if they find that term offensive). I wonder how long before the IRS puts it’s boot on their necks… I suppose the IRS agents will have to jockey for room along with the FBI and NSA.

The vile corruption of this administration disgusts me, but not as much as the failure of the media to do it’s @#$#@$$#@$ job and call them out for it.

Political ammo provided by LI and Branco is high caliber.

Praise the Lord and Pass the Branco.

The theme would have worked with a septic tank pumping hose, too.

Excellent as always Branco! And I look forward to when the blow back on Barry IS a septic tank hose. Oh yeah. That’ll be sweet.

I, and many others, spread these Branco cartoons all over the Twitter-verse and it propagates like repeated echos in the Grande Canyon.

People on the front lines desperately need kick-butt political graphics on a daily basis …real-time cutting edge as it happens critical. That said, I am still pounding on the Equal Pay scam and still pounding on the hypocritical Koch-Stone throwers Schumer & Reid who attacked the Koch Bros yet live in Koch-Topia.

Harry has a Koch fixation for sure.

Harry is a Koch-Head. Amazing, the brilliance of giving a paltry little donation to an enemy’s campaign… Harry and Chucky were gobsmacked by that tactic.

I generally give these images a file name that can be used as text of tweet then copy that file name when saving it then paste the string into a tweet then attach the file to the tweet.

This one I named “Obama Equal Pay Backfire.jpg” when I saved it. Yes, spaces are ok in a file name in Unix/DroidOS & MS Windows. Don’t know about Apple OS or iPhones.

This also makes finding the file again later easier by using the subject as a search string in the file folder/directory.

If Branco was a third grader, he’d get suspended for this.