Also, ASA’s new individual membership numbers may not be what they seem.

As detailed before, after the American Studies Association passed its anti-Israel academic boycott resolution over 25o university presidents, along with major academic groups, rejected the boycott.  The dozens of separately issued statements were a stinging rebuke to this anti-academic, anti-educational, anti-peace, and biased action.

ASA listed its Institutional Members in its American Quarterly journal, and in its annual meeting book.  There was no other source of this information, as far as we were able to ascertain.

Of the 80 Institutional Members of ASA listed in ASA’s 2013 American Quarterly, many either withdrew membership or denied being members in the first place.  We confirmed the following:

Termination of memberships – Many if not most Universities are leaving the decision to terminate Institutional Membership up to individual American Studies Departments. We can confirm that the following have terminated or will not renew membership:

Deny Membership – The following are listed by ASA as Institutional Members, but deny that they are in fact members (via email confirmations or external links): 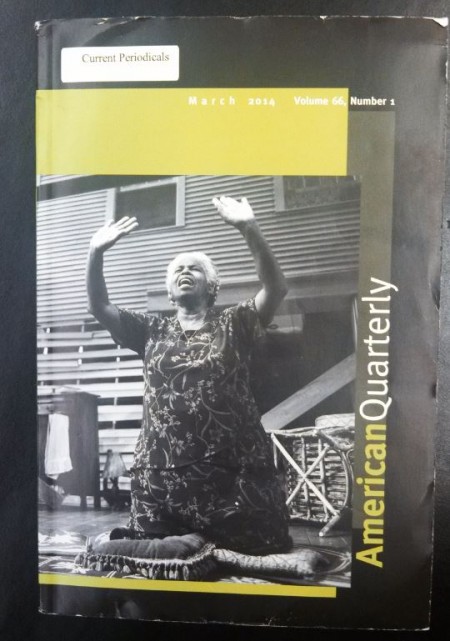 Separately, ASA is touting that it has gained over 700 new individual members, but it’s unclear whether that is a net gain or not.  ASA had announced in early February that it had gained 625 new members, so most of the growth came immediately after the boycott resolution; it is unknown whether these are just boycott supporters who are not academics in the American Studies field but who wanted to support the boycott, or former members rejoining to try to fight the boycott.

As an ASA member himself pointed out back in February, such numbers at this point are premature:

This number does not include renewals. Nor does the number reveal anything about people who have decided not to renew their membership because, according to the email, “people are dropped from the roles after lapsing for six months.” In other words, non-renewal numbers won’t be known until after June 30.

One ASA insider estimated to me that about a quarter of the “new” members likely are old members rejoining to fight the boycott; if that’s the case, it probably is futile. ASA has so latched onto the boycott as its reason to be that the anti-Israel radicals in charge will never let the boycott go, and the surge of new members likely has padded the voting rolls to prevent internal change.  If change is to come to ASA, it is unlikely to be from within.

What’s the health of ASA?

My guess is that the BDS movement is making sure money and members flow to ASA.  But that’s not the real measure.

Two ASA Regional Chapters have rejected the boycott (Eastern and California), and the field of American Studies has been damaged tremendously by ASA’s political actions .  The Humanities in general are suffering, and American Studies programs no less so.  Yet ASA is obsessed with destroying Israeli academic progreams as its own house burns down.

In any event, the story is far from over.