We Still Stand With Ezra

We Still Stand With Ezra 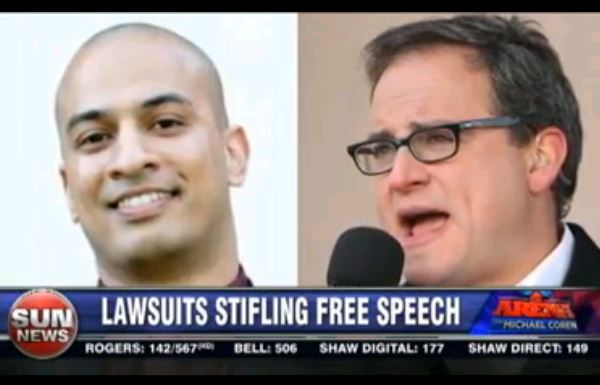 We previously wrote about the lawfare against Ezra Levant, We Stand With Ezra.

The case now is in trial, and Ezra has an update:

You can donate to Ezra’s defense fund here.

After you donate, sit back and enjoy Ezra’s Opening Statement in the 2008 Human Rights Commission case brought against him over the publication of the Mohammed cartoon:

This is a great example of why the 1st Amendment is such an important part of our US Constitution.

I am amazed that countries like Canada, Australia, and even the UK haven’t adopted such measures into their own constitutions. I suppose the amendment process there isn’t quite as defined as in the US.

Chalk up another great innovation to our Founding fathers who provided us with several clear paths in order to change our own government.

The 1st Amendment protects free speech in theory in the USA, but it is forever under assault on multiple fronts. This blog and its sibling CI often note cases of speech suppression in higher education. The IRS targets conservative groups and individuals. Local governments try reprisals against critics. Propagandists try to stifle speech which opposes their points of view.

And just like in Canada, the courts allow themselves to be misused to suppress free speech. The current Michael Mann suit against NRO and Mark Stein (who has unwisely gone pro se) is an example of attempting to stifle honest criticism and exposure of records by using “lawfare.”

Another is the ongoing suits by convicted terrorist bomber Brett Kimberlin against a whole group of unrelated conservative bloggers and writers and some publishing groups, mainly for telling the truth about his record.

Not to mention Jay Carney and the MSM apologists for Obama, who endeavor every day to render language meaningless.