Rumor mill swirls as to Why? Liberal Bias? Her stories being spiked? All of the above? 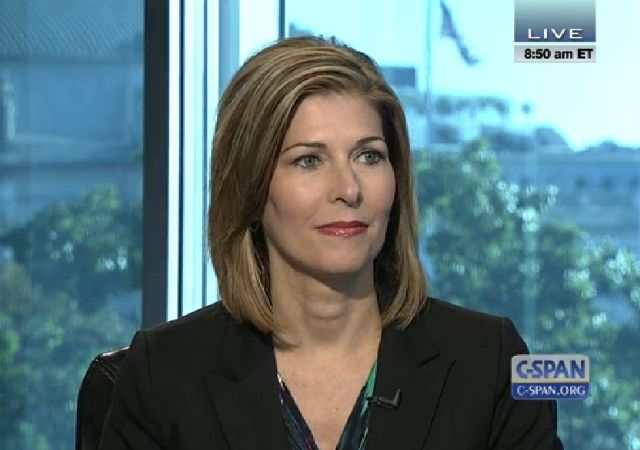 Sharyl Attkisson, investigative correspondent for CBS News, has resigned from the network.

I have resigned from CBS.

CBS News investigative correspondent Sharyl Attkisson has reached an agreement to resign from CBS News ahead of contract, bringing an end to months of hard-fought negotiations, sources familiar with her departure told POLITICO on Monday.

Attkisson, who has been with CBS News for two decades, had grown frustrated with what she saw as the network’s liberal bias, an outsized influence by the network’s corporate partners and a lack of dedication to investigative reporting, several sources said. She increasingly felt like her work was no longer supported and that it was a struggle to get her reporting on air.

At the same time, Attkisson’s own reporting on the Obama administration, which some staffers characterized as agenda-driven, had led network executives to doubt the impartiality of her reporting. She is currently at work on a book — tentatively titled “Stonewalled: One Reporter’s Fight for Truth in Obama’s Washington” — which addresses the challenges of reporting critically on the Obama administration.

Feeling increasingly stymied and marginalized at the network, Attkisson began talking to CBS News President David Rhodes as early as last April about getting out of her contract. Those negotiations intensified in recent weeks, and her request was finally honored on Monday.

Reached by phone, Attkisson described her resignation as “amicable.” She said she will now turn her attention to the book, which is being published by HarperCollins, a division of NewsCorp (and not by Simon & Schuster, a division of CBS Corporation.)

Sonya McNair, the senior vice president for communications for CBS News, said in a statement: “CBS News veteran Sharyl Attkisson is leaving the news division to pursue other endeavors. We appreciate her many contributions and we wish her well.”

Attkisson’s Gunwalker story won an Edward R. Murrow Award in the Video Investigative Category in 2012. She also actively covered the “Fast and Furious” story and the aftermath of the Sept. 11, 2012, attack on the U.S. diplomatic installation in Benghazi, among other stories.

Last year, Attkisson revealed that her computer had been hacked.  CBS published a report indicating that it had hired a cybersecurity firm to confirm this through forensic analysis, but the report did not identify any source of the intrusion.

As Politico notes, Attkisson has won five Emmy awards “for her reporting on Fast and Furious, the Red Cross, Republican fundraising, TARP and border patrol.”

Atlas Shrugged .Another ‘Victim’ in little barry (aka:Val) scheme to rid the country of all Hell raising , drug inducted right wing Felons. One by one !!
sarc>

Too much of a Journalist for CBS.

Fox News needs to ditch Whorealdo and upgrade with Sharyl.

I’ve never understood that hire. A test pattern would be better.

I’d rather she had stayed to fight the good fight but it seems the progressive media isn’t going to tolerate anyone who goes off the reservation.

Why yes they do!

She will be more able now to pursue truth without the encumbrance of CBS hacks breathing down her neck and stifling her.

More power to her.

Those types of deals usually only last a year and not much longer. That might be good time to get her feet set well on new footing.

Or write a book.

It is going to be hard on our classically trained professional journalists with the highest ethical standards if Kevlar knee pads are taxed under Obamacare as a prosthetic device.

Liked her. Really one of the only network news people who actually asked hard questions.
I got the impression of her that she didn’t care which party was in power, she wanted answers to questionable decisions.

The liberal media Inquisition has spoken: Attkisson must be silenced. Like our “tolerant” college campuses, any opinion contrary to the liberal orthodoxy must be crushed.

If the Pulitzer was actually worth anything, she should have gotten the award the second the regime started harassing her, her computer, and probably, her tax returns.

I know BS when I CBS.

God bless Ms. Attkisson, and good luck to her.

She’ll probably join Glenn Greenwald at First Look. Fox News understands how dangerous a reporter she would be to the next republican president…. there’s no way they would hire her.

So CBS began to “doubt her impartiality” because she demanded answers from the Administration? My, how the news biz has fallen.

Kinda explains it! Ms Attkisson has made it known that during her Benghazi work her home computer developed the strange habit of turning itself on and off in the middle of the night

Attkisson was well aware that CBS like the other alphabet networks have not reported news for some time. Pushing a hard Left agenda is a full time endeavor which leaves little time in the half hour for real news.

It’s been going on for a while now. I seem to recall ABC’s Bob Zelnick took a leave from ABC in 1998 to write a bio of Al Gore. When his 1999 book turned out to be a well researched biography rather than a liberal hagiography Zelnick was no longer welcome at ABC or any other network. the book and found it fair. It just wasn’t flattering.

How do you work for Mapes/Rather at CBS and not be aware of the bias from the start? I think there’s more to this than her “righteous” version of events.