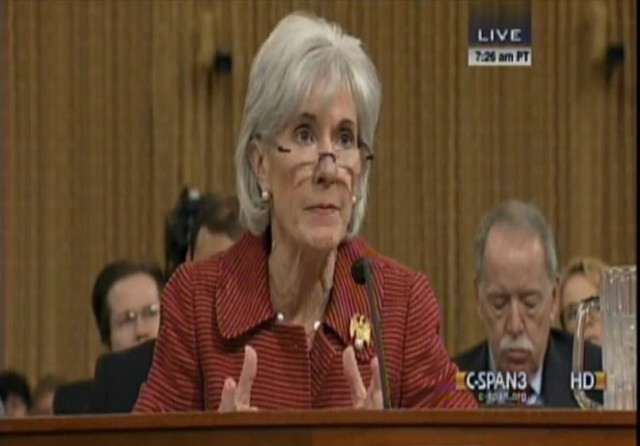 ObamaCare’s implementers continue to roam the battlefield and shoot their own wounded, and the latest casualty is the core of the Affordable Care Act—the individual mandate. To wit, last week the Administration quietly excused millions of people from the requirement to purchase health insurance or else pay a tax penalty.

This latest political reconstruction has received zero media notice, and the Health and Human Services Department didn’t think the details were worth discussing in a conference call, press materials or fact sheet. Instead, the mandate suspension was buried in an unrelated rule that was meant to preserve some health plans that don’t comply with ObamaCare benefit and redistribution mandates. Our sources only noticed the change this week.

That seven-page technical bulletin includes a paragraph and footnote that casually mention that a rule in a separate December 2013 bulletin would be extended for two more years, until 2016. Lo and behold, it turns out this second rule, which was supposed to last for only a year, allows Americans whose coverage was cancelled to opt out of the mandate altogether.

In testimony today, Kathleen Sebelius said it ain’t so, as reported by The Hill:

The Obama administration will not delay ObamaCare’s individual mandate or the March 31 deadline for enrolling in the new healthcare law, Health and Human Services Secretary Kathleen Sebelius said Wednesday.

Sebelius offered the assurance during testimony to the House Ways and Means Committee, where Rep. Kevin Brady (R-Tex.) noted the administration has made dozens of other changes or delays to the law.

Given problems caused by ObamaCare’s faulty website last year, Brady asked Sebelius directly if delays to the individual mandate or enrollment deadline were next.

“No sir,” Sebelius responded on both counts.

Republicans have played up the administration’s refusal to make changes to the individual mandate and enrollment deadline even as it has made changes to the law to benefit other groups.

I don’t know who is right on the mandate delay — whether it’s cooked into the regulations or not.

At this point, considering how toxic Obamacare is, does it matter?

Hey, I gave myself a “mandate suspension”.

I won’t comply. At all. Period.

It’s not an exemption from the individual mandate; it’s an exemption from enrolling in ObummerCare sanctioned insurance policies. This allows for enrolling in catastrophic coverage only if you’ve been cancelled, and if the plan options available in the Marketplace in your area are more expensive than your cancelled health insurance policy, you will be eligible for catastrophic coverage if it is available in your area.

I refuse to comply with all aspects of ObummerCare.

I believe that I heard (rather than imagined) that this statement is not quite true. If I didn’t dream it, a person only has to make the claim that “the plan options in the Marketplace in your area are more expensive than your cancelled health care policy.” No proof or affidavits required.

Mandate only applies to the Deltas.

Apparently there is an enrollment delay but it is by “We the people,” individually mandated.

Obama will just declare the mandate delayed. Because he said so.

The members of this administration make Baghdad Bob look like a piker.

We had to pass the bill in order to know what may or may not be in it.

I’m still struggling with the surreal history of how a country that was founded as a revolt against the mandate to pay a nominal tea and stamp tax became a country that mandates its citizens to pay a perpetual tax on their bodies.

Yet we let Dems hijack the language and get away with pageant title of “Pro-Choice”?

If you are an employee of a company that would have had to provide insurance but does not do so this year because of the mandate delay, you are still mandated to get individual insurance, right? Would that give you standing to sue under unequal application of the law?

Very important meeting on the President’s budget.
Secretary Sebelius, welcome back.
Thank you for taking the time to speak with us.
Madam secretary…
You said…
I said…

What a cloying, disgusting, repulsive lot; every last one of them.

You nailed that for sure!

I’m so tired of some of these idiots. “I get letters from my constituents…Would you agree with Senator Reid’s statement about liars?…What would you say success looks like?…”
How ridiculous can you get?

If you can’t back her into a corner then go home.

You know they had projections. If she says they didn’t you berate her mercilessly. Be prepared! Hit her with a ton of reasons that they should have had them. Hit her with everything from the fact that a hot dog vendor can’t get an SBA loan approval without a business plan which includes goals/projections plus a girl scout handbook that shows that to the best way to achieve a goal is to actually write it out specifically and to provide specific enumerated objective points to measure your performance along the way. There must be 1,000’s of examples. Go to examples from kindergarten to graduate level course requirements at top business/public administration universities to the SEC that requires traded companies to disclose specific information pertaining to viability of the company. Hell, even most companies require that a substantial portion of their employees have to set specific goals with benchmarks for improvement during the coming year .

Challenge her to tell you that her department never had enumerated goals or projections at any time. If she tries to say she can’t remember details require that she provide the information in 7 days. Not an excuse, the details.

If she still insists they didn’t then berate her and her boss repeatedly.

Republicans in Congress don’t have cojones to do that.

Right on Mrs. Pelosi – We have to pass the law to find out what to change