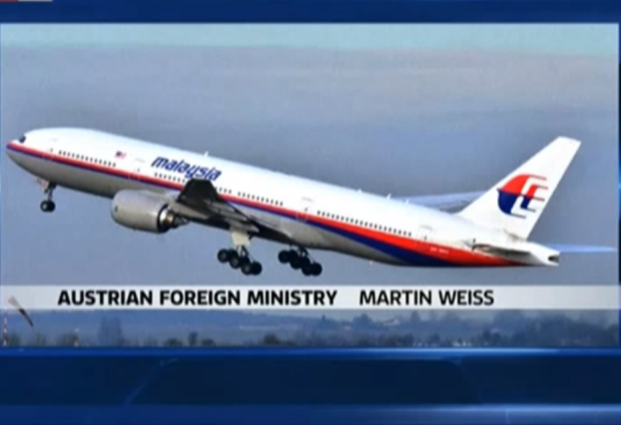 The agonizing story of a missing Malaysian jetliner that continues to captivate audiences the world over just got a little stranger.

A recent report from the Malaysian newspaper, The New Straits Times, has generated a lot of buzz and fueled speculation that the missing plane may still be in tact, somewhere.

[The report indicated] the plane may have flown low to the ground — 5,000 feet or less — and used mountainous terrain as cover to evade radar detection. The newspaper cited unnamed sources for its reporting, which CNN could not immediately confirm.

However, Malaysian officials said Monday that they were not aware of the report.
“It does not come from us,” said Malaysia Airlines CEO Ahmad Jauhari Yahya.

Experts were skeptical, however, noting that even if the plane did drop to that altitude, it likely would not be able to avoid radar detection.

Analysts interviewed by CNN said that it would be extremely difficult to fly such a large aircraft so close to the ground over a long period of time and that it’s not even clear that doing so would keep the plane off radar scopes.

Adding still more confusion to the radar conundrum is the fact that the area where the plane disappeared is not exactly the most highly monitored region of the globe.

A senior Indian military official told CNN on Monday that military radar near the Andaman and Nicobar Islands isn’t as closely watched as other radar systems. That leaves open the possibility that Indian radar systems may not have picked up the airplane at the time of its last known Malaysian radar contact…

At the moment, all of this is little more than circumstantial evidence at best. However, it is worth noting the investigation has clearly shifted focus from the passengers, to the pilots.

U.S. intelligence officials are leaning toward the theory that “those in the cockpit” — the captain and co-pilot — were responsible for the mysterious disappearance, a U.S. official with direct knowledge of the latest thinking told CNN.

The best theory that I have read is that the triple 7 was flown over China and Chinese interceptors shot it down.

Repeating aearlier point , the internal politics of some muslim natins eg Bahrain & Malaysia are far from cohesive The pilots who fly their flagship airlines are the nation’s elite ( as in this case ) . They are not stupid so expect something complex.

It wouldn’t get very far if it dropped to 5,000ft or less. If that’s the case then they’re likely at the bottom of the ocean. There’s another theory going around that it shadowed another jumbo jet as it travelled across india/iran into europe. That’s tricky but possible.

Fuel consumption below 5K is twice what it would be at 25K.

Also, if you “shadow” and airplane these days, the TCAS systems in both airplanes will start warning the pilots and giving them solutions to break proximity. Now, the Malaysian pilots might be okay with that, but I know the guys in the other airplane would freak out, especially since the 777 is squawking nothing on a transponder.

Can the plane shadowing another do it far enough away that it wouldn’t cause those issues but at the same time fool radar?

According tot he theory, planes cannot detect other nearby planes unless they have their transponder on (or see them visually I suppose).

TCAS systems only display aircraft with operating transponders. If you turn off your transponder, then you don’t show up on another aircraft’s TCAS system.

Nobody knows how much credence to put in “reports”.

However, if the report is correct that it appears the transponder(s) were turned off by the pilot, then things get dark.

I know almost nothing about avionics in a modern commercial jet, but we had what was called the “essential buss” and the “non-essential buss” in the helicopters in the Army. That suggests…and nothing more…that the entire electronics system on the jet could not fail.

[…] Also, we will chat about the status of the lost Malaysian airliner: […]

One of the more surprising revelations (for me at least) of this whole story is how scanty the radar coverage is, even by defense installations, all through the region, including many who actually cut their radar off at night.

It saves a lot of money if you don’t expect to be attacked by the US, the only nation fully capable of an efficient full-scale nighttime operation.

Of course it is quite possible that there are surveillance capabilities that the government wants to keep quiet about and to reveal the data could compromise the capability.

Kind of like the problem during the second world war when they broke the Egnima code but couldn’t use the information or the Germans would know we broke the code.

It’s a dirty little secret that when aircraft are handed off to another controller, especially “over there” that controller is often asleep or goofing off. Recall that a Swiss controller was not paying attention when a TU-154 (without TCAS) and a UPS 757 collided a few years ago.

Israel seems worried that a commercial airliner might make a good delivery system for a crude bomb.

Certainly, the U.S., Russia, and China have satellite ELINT systems which could have tracked the “pings” from the 777, but of course, they’re not talking, maybe for the reason Anchovy mentioned.

I’m curious about something. Don’t cell phones have some kind of GPS locator? If they’re supposedly still ringing, how come no one has been able to locate the missing plane that way?