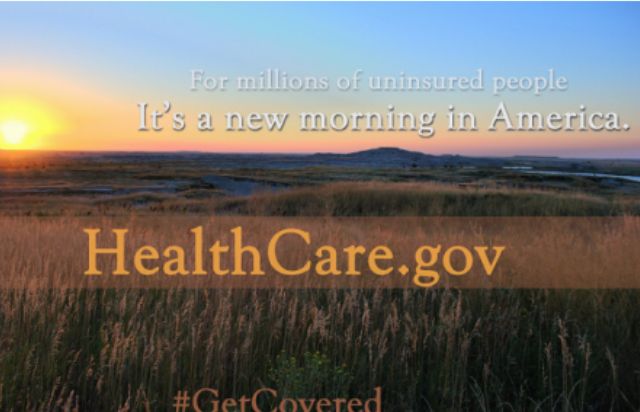 Except for the undetermined numbers of people who are getting an extension, it’s Obamacare deadline day, and statistics and spin about it have been released.

In some ways it doesn’t matter. Obamacare is so central to Democrats’ plans that they will do whatever they can to continue it, and say whatever they need to say to make it sound successful. It’s no great trick to promise vast numbers of people free stuff (or nearly-free stuff) if you’re the federal government and you can print more money or take it from other people. And if your partners the insurance companies are hurting, you can cover for them for a while, too. You can do all of it for a while.

And it always has been clear that there will be many success stories to trumpet. I don’t think that even Obamacare’s harshest critics ever contended that it will be bad for everyone. But it has already been, and will continue to be, bad for many many people. It was completely unnecessary, too, in order to redress problems such as pre-existing conditions or portability, but it’s pretty clear that was not really the goal.

The PR campaign on both sides will almost undoubtedly feature a bunch of people citing dueling anecdotal evidence, most of which will be meaningless because a couple of stories one way or the other are meaningless. It will also almost undoubtedly be the case that all the success stories will involve subsidies of one kind or another, and the pro-Obamacare forces will act as though the money transfer involved is on the order of manna falling from heaven.

Plus, enrollment numbers are one thing. The actual insurance that people will receive is another, as well as how it all will affect the much larger employment-based health insurance market. My guess is that most people on the exchanges have no idea what they signed up for, and won’t know till they have to use the health care system. What doctors and hospitals will be covered? Do they understand how high their deductibles might be? For those newly on Medicaid (who would not be among the six million), will they be able to get care at all outside of the emergency rooms?

I still haven’t signed up. I won’t until I’m forced.

It isn’t a matter of you signing up or not. You’ve already been forced into a dystopian bureaucratic maze whether you like it or not. Your willingness is not a prerequisite to your participation.

This is Obamacare. You have no choice.

The question is: what kind of “force” are they going to use?

Will the put us all in jail?

Oh dear… I’ve missed the deadline. Whatever shall I do.

It’s not insurance until the premium is paid. Not only the first months, but every month. When the key demographic group realize it’s not only the premium cost but the up front deductibles that need to be paid ahead of their insurance kicking in(if ever they should meet that amount), will be their reality check on the term “affordable”. I don’t foresee a majority those who have “pledged” to pay, following through in any sustainable way to make this a viable and affordable program in any lasting way. To top it off they should just around August, receive the NEW increased rates to continue coverage in the coming year. Another reality check, it never stops and doesn’t get cheaper. Add to it that they may have to make a harder decision as to whether they want to take that vacation or pay the piper. I’m sure by November they’ll have an opinion.

Also, it already appears that the people who are “enrolling” in Obamacare but then failing to pay their premiums are more likely to be those who were previously uninsured, which means they’re still actually uninsured:

People who had insurance previously but had to get new policies because of Obamacare seem to better understand that private health insurance isn’t “free”, and may be more used to budgeting for and writing a check for their insurance each month. Maybe more of us “get” that if we stiff our insurance companies, we’ll get dumped. TANSSAAFL and such.

But I do agree with you that if the previously-uninsured don’t catch on quickly that
(A) they have to pay their premiums monthly to be covered
and also that
(B) they have to think about their deductible//out-of-pockets (up to $6,250 a year for many Bronze plans) and if they don’t already have money for OOP expenses put away they need to start NOW…
…I think a lot of the previously-uninsured are going to end up still being uninsured next year at this time.

The question will be how the Dems will spin it. I’m pretty confident they’ll try to find a way to blame it on Republicans though.

I find it inexplicable that Obama, Sebelius and the MSM are crowing that they have 6 million (likely exaggerated) enrollees. This is less than 2% of the US population. One analyst is saying that only 800,000 are from the actually uninsured folks in the US (0.25% (<1%) of US citizens). Obama's initial claim was at least 30 million (estimates varied from 12 M to 45 M) uninsured people. Assuming no "adjustments" to the touted 6 million number, they still have only signed up 20% of the uninsured. I'm sure the MSM will run the following headlines:

"Victory: 2% of America signs up for Obamacare by deadline!"

"Great Progress Obamacare! Only 80% of US uninsured still need to be covered"

I’d seen estimates of 50-57 million uninsured, the numbers really were all over the place.

I expect the Dems will revise down that estimate of how many were allegedly uninsured, to make the “saved by Obamacare!” percentage look better. If you can’t raise the numerator, lower the denominator.

Not surprisingly, the HealthCare.gov website was so swamped yesterday that you couldn’t sign on. They promised to send you an email when you could sign in, but, of course, did not. All this, almost six months after the site was initially opened to the public, and volume problems supposedly addressed.

The good thing though is that pretty much anyone can argue that they weren’t able to get insurance because the site wasn’t allowing people to sign on yesterday, and qualify for Obama’s hardship extension.

considering that i have ACA applications ‘enrolled’ but not paid as bruce wayne, clark kent and hal jordan… I’m not taking this 7 million number too seriously.