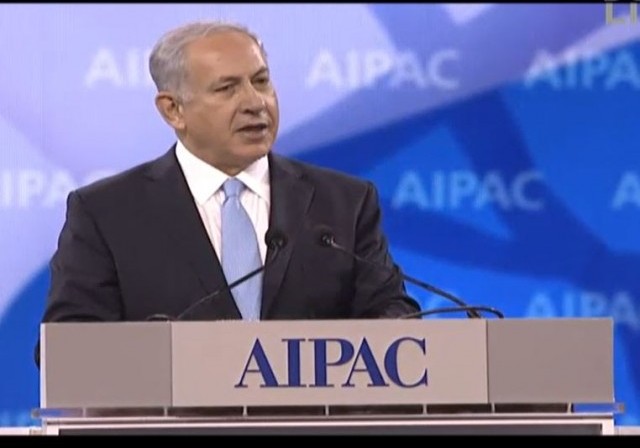 Netanyahu to Abbas: "Recognize the Jewish state. No excuses, no delays. It's time." #AIPAC14

Peace is Israel's highest aspiration. I am ready to make a historic peace with our neighbours the Palestinians. #AIPAC14 #Netanyahu

#BDS movement will fail, said @netanyahu in his #AIPAC14 remarks. More analysis of his speech via @JNSworldnews @ http://t.co/D2groTkSCn

Netanyahu says – Israel is the one country in the Middle East that protects Christians and right of all faiths to worship.

Maybe Bibi will announce Israel will give up everything so they can please the leader-from-behind.

Nah, probably not going to happen.

I have read the Bible and am pretty sure that this does not end peacefully.