Was Congressman Kingston’s comment about the nation’s uninsured correct? 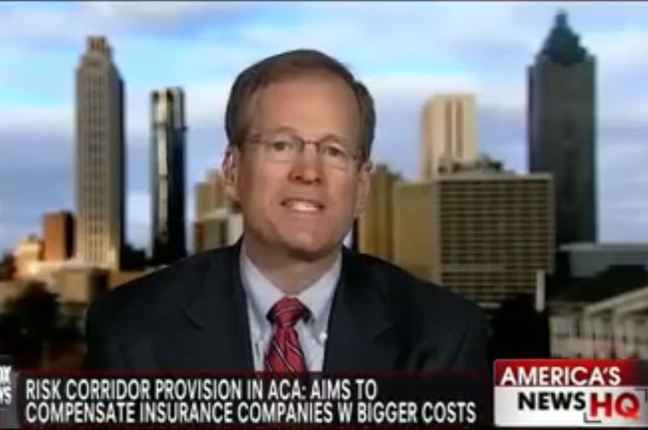 According to a recent Politifact Georgia article, the Congressman’s claim is “half-true.”

“There are still more people uninsured today than when (Barack) Obama was elected president,” U.S. Rep. Jack Kingston, a Republican from Savannah, said recently on the Fox News Channel.

Politifact Georgia looked into the statistics used by the Congressman, as well as other reputable sources tracking the nation’s uninsured population.

Kingston pointed to a Gallup Poll, which showed 15.4% of Americans were uninsured when the President first took office. Currently, the poll lists the nation’s uninsured at 15.9%. The margin of error was one percentage point, which is important to note for PolitFact’s “half-true” ruling.

The Centers for Disease Control also tracks the nation’s insurance rate. They had the number of uninsured at 14.7% in 2008, versus 14.6% in 2013. Under this assessment, there has been a slight decrease in net uninsured since around the time of the President’s election, though it was not immediately clear exactly when in 2008 the survey took place.

I’m not sure what method Politifact uses to determine the degree of truth in a statement, but based on the sources they cite in their own article, this should at least be a “mostly true” statement. Indeed the Gallup Poll used by Kingston’s office, along with the Census Bureau, bolster the validity of Kingston’s statement. Further, the CDC shows only a negligible (0.1%) decrease in the uninsured over the course of five years.

When two out of three statistical sources support a claim, it is by definition, “mostly true.”

More to the point, these numbers ought to concern even the most ardent supporters of the law. Regardless of how “true” you feel the Congressman’s comment was, the result of a fundamental restructuring of one-sixth of the nation’s economy should not be a negligible decrease in the uninsured.

Some may argue the law simply hasn’t been given enough time to work, but then, whose fault is that? Are the self-imposed executive delays in the law the result of anyone’s actions apart from the Obama administration?

One cannot seriously argue the delays imposed by the architects of the law, to mitigate its negative effects, are sufficient to explain away the law failing to achieve its fundamental goal.

Was Kingston’s comment correct? I believe so. Perhaps the degree of its truth can be debated, but what cannot be debated is the broader point Kingston was trying to make when he said the comment.

Obamacare is failing its basic stated purpose. Moreover, the post hoc “fixes” that are being written into the law at every turn are doing nothing more than delaying the inevitable.

You should note that “Politifact” is a pro-Democrat media outlet.

So their methodology skews to the left. Take about 25% away from any Republican/conservative statement’s truthfulness, add a similar amount to any Democrat’s, you can approximate the bias.

The “parent” site in Florida was rating Obama’s claims about “keep your plan” and “keep your doctor” as “mostly true” right through the launch, even though it was known for years this would not be the case. So that’s where they are coming from.

Kingston is also the biggest threat to Michelle Nunn, the Democrats’ last best hope of electing a red state Senator. His time in Congress has helped him build a network and name recognition, the latter being Nunn’s only qualification.

Of course, the is hard to say what the net numbers are.

But this we know…he lied.

He will lie tomorrow, too. It is just who Collectivists are.

Politifact should change its name. They need to remove the FACT part.
Posible choices:

Oh, well that’s easy to explain. The closer the statement is to the democrat party line, the more “true” it is. Simple!

Thrown into my face today, LATimes: Obamacare numbers coming in huge: Here’s a guide to GOP excuse-making. The spinning is making me dizzy.

Besides which, seven million is not “huge”. It is, in fact, pitiful.

But teh moonbattery was full of even greater lies today.

I assume that the Centers for Disease Control study also had a margin of error greater than their difference.