Kerry was for a Jewish State as part of a peace deal before he was against it. 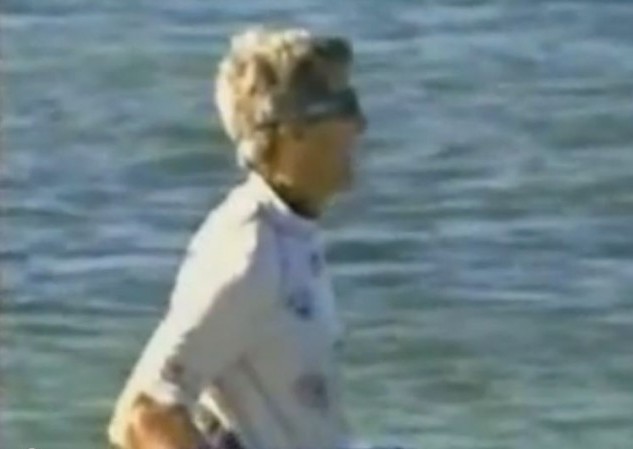 John Kerry notes that the Israelis and Palestinians have less trust in the peace process than when Kerry started the negotiations several months ago.

Is it any wonder considering Kerry publicly flip-flopped on whether Palestinians officially recognizing Israel as a Jewish State whould be a part of a peace deal? How is Israel supposed to trust Kerry on anything when Kerry changes positions publicly on such a key issue?

In December 2013, on a visit to Israel, Secretary Kerry promised that he and President Obama were committed to pursuing recognition of Israel as a “Jewish state” in a final agreement with the Palestinian Authority:

In March 2013, during a joint press conference with Israeli Prime Minister Benjamin Netanyahu in Jerusalem, President Obama committed to pursuing a “Jewish state” as part of a peace agreement with Palestinians:

We also discussed the way forward to a two-state solution between Israelis and Palestinians. And I very much welcomed Bibi’s words before I spoke. I’ll be meeting with President Abbas tomorrow, and I will have more to say on this topic in the speech that I deliver to the Israeli people tomorrow. But for now, let me just reiterate that a central element of a lasting peace must be a strong and secure Jewish state, where Israel’s security concerns are met, alongside a sovereign and independent Palestinian state.

Palestinian officials griped to the press about the American insistence that Israel be recognized as a Jewish State, as reported in The Telegraph in early January 2014:

Perhaps with knowledge that the Americans had his back on the issue, Bibi Netanyahu has made such recognition the central theme of almost every speech he gives on the negotiations.

Oh yeah, the Obama administration has Bibi’s back, again.

What is Kerry saying now? Forgetabout it (via Times of Israel):

Speaking to the House Committee on Foreign Affairs, Kerry put the kibosh on the demand, which Prime Minister Benjamin Netanyahu has made central to peace negotiations with the Palestinians.

“I think it’s a mistake for some people to be, you know, raising it again and again as the critical decider of their attitude towards the possibility of a state and peace, and we’ve obviously made that clear,” Kerry said.

Kerry noted that the “Jewish state” issue was addressed by UN Resolution 181 in 1947, which granted international recognition to the fledgling state of Israel. There are “more than 40 — 30 mentions of a ‘Jewish state’” in the resolution, Kerry said, and added that the late Palestinian leader Yasser Arafat “confirmed that he agreed it [Israel] would be a Jewish state” in 1988 and in 2004.

Ol’ Horseface should have been sent to the glue factory long before now.

Well, didn’t John Genghis Kerry throw his medals over the White House fence before he didn’t? Quelle surprise (little frenchified lingo here)! This Cambodian (LOL) veteran hasn’t changed his yellow stripes.
Do you think he asked, “Where can I get me a peace deal and a Nobel prize?” Israel/Palestine or Crimea? How about a rich wife or two?

Palestinian officials need to worry more about the global climate warming change (per climate surfer Kerry) being created by keeping their hatred stoked.

At least he isn’t saying “What difference does it make” …

This man is an embarrassment, and a dangerous one.

Is he just corrupt, or bought off by Muslim cash and corrupt?

The logical contortion required to reach this position by Kerry is painful.

Apparently he contends that because some representatives of the PLO/PA have in the past acknowledged the reality that a Jewish state must be part of any final deal (in English only, they never said it to Arab audiences or took any actions towards it), the fact that the CURRENT leaders say “NEVER, NO F-ING WAY” is irrelevant.