A good example of why the military blockade of Gaza is needed. 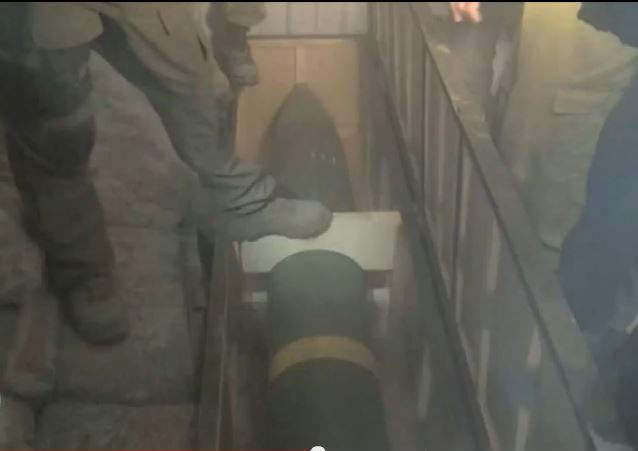 The Leftist-Islamist anti-Israel coalition relentlessly complains about the Israeli military blockade of Gaza.

On a number of occasions they have put together flotillas of civilians to break the blockade. One of those flotillas, organized by Turkish Islamists and loaded with European leftists, led to the controntation in 2010 in which nine people were killed after Israeli troops boarding the ship were attacked and beaten:

That blockade is legal, as even a U.N. panel ruled (and U.N. panels almost never side with Israel).

With all the advances in whiz-bang (literally!) anti-missile systems, the very best, most economical interceptor is still a gun boat.

a destroyer 5″ fire for effect would really have an effect on those weapons loaded ships.
the rockets red glare would be seen for miles 🙂

But you see those rockets were only loaded with halal food goods, fair trade coffee and and and and… oops, we got busted.

Just awful. These missiles have every right to be delivered to Gaza and the Palestinian leadership. They just need a proper launching into Gaza.

Hamas: “Hey, you stole our missiles!”

Israel: “Sorry. We’ll drop them off to you real soon.”