Giving up US control of internet naming while #Twitterisblocked in Turkey

Giving up US control of internet naming while #Twitterisblocked in Turkey 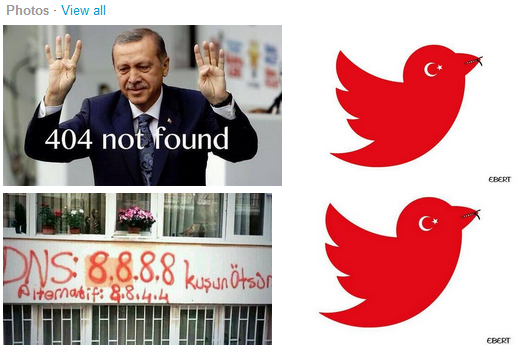 One of the memes hitting the blogosphere recently has been that the US just “gave up control of the internet”.

This week on Canto Talk, Legal Insurrection’s Mandy Nagy explained why that wasn’t the case. (Skip ahead to 14:50 for Mandy’s appearance; she also gives us her regular Obamacare update).

As Mandy explained it, the US has been responsible for coordinating the Internet’s domain names (e.g. “legalinsurrection.com”) and with the number-based IP address that computers use to bring order to the different devices and destinations on the Internet. The government has subcontracted this function out for years (probably why it works as well as it does). It essentially has done nothing more than send the work to another subcontractor.

The people currently riding shotgun over the naming system for the Internet–the U.S. National Telecommunications and Information Administration (NTIA)–wants to hand the job over to the organization for which it currently does the work–the Internet Corporation for Assigned Names and Numbers, better known as ICANN. It would essentially let its contract with ICANN expire, cutting the group loose from its American apron strings and letting the not-for-profit firm form a global “multistakeholder” organization to do the job.

The NTIA has been in the name game since 1999, and the Web has grown exponentially since then. From the beginning, privatization was on the digital road map, and now it may be time to let a younger international group take it over.

Both Mandy and the technical article stress that while there is no need to panic, there are areas of reasonable concern:

Roughly two years ago, it was revealed that VeriSign had been hacked. By breaking into VeriSign someone could have redirected addresses to point people to malicious sites or brought down sections of the Internet. The breech happened under the U.S. stewardship, so would handing off oversight of this system improve or worsen security? It’s difficult to assess since proposals for replacing NTIA aren’t complete, but other hacking examples may give one pause.

Meanwhile, as if the craziness along the northern side of the Black Sea isn’t enough, we have some insanity coming from its southern shore. The citizens of Turkey are chaffing against a ban on Twitter:

“We will eradicate Twitter,” Erdoğan told a rally in Bursa in the west of the country. “I don’t care what the international community says. Everyone will witness the power of the Turkish Republic.” There are roughly 10 million Twitter users based in Turkey.

Hows that eradication plan working out? A check on #TwitterisblockedinTurkey reveals that Turks are figuring our ways to circumvent the block

The ban has so far proved ineffective. Today, The Guardian reported that Twitter users in Turkey have managed to send 2.5 million tweets since the announcement. Turkey ranks 8th in the world in Twitter penetration, and the government’s recent efforts to curb its citizens access to social media do not appear to be diminishing their enthusiasm for it.

HootSuite has emerged as one of the tools Twitter users are turning to as a means of circumventing the ban. Our traffic from Turkey has tripled in 24 hours. Through HootSuite, users can access their Twitter accounts, as well as Facebook, Google+ Pages and LinkedIn accounts. This follows the pattern we observed during the Arab Spring uprising in Egypt.

These two examples show how that people everywhere recognize and appreciate the value of freely flowing communication.

Obama had to do this. He has run out of other ways to weaken the US and diminish our influence in the world.