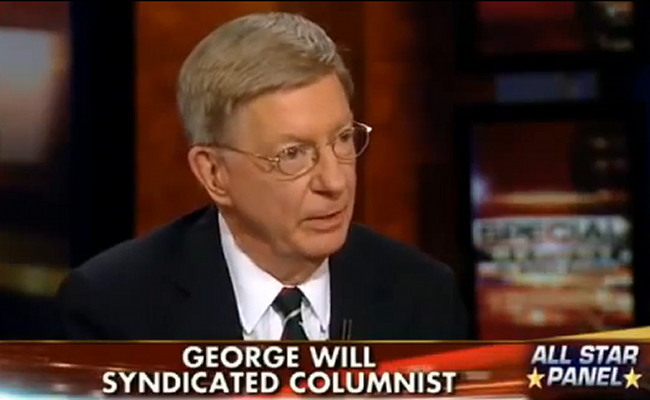 The Democratic Party has made it clear that they’re planning to run on “income inequality” in 2014. Liberal Washington Post writer Greg Sargent has even suggested this strategy is part of the reason for Senator Harry Reid’s recent attacks on the Koch brothers.

It’s ironic that Democrats, who enjoy support from some of the wealthiest people in the entertainment industry, would choose such a platform but when has intellectual honesty ever stopped them?

Before they go too far with their income inequality campaign, Democrats may want to examine the policies they’ve implemented.

The always astute George Will recently made this observation…

Someone who is determined to disbelieve something can manage to disregard an Everest of evidence for it. So Barack Obama will not temper his enthusiasm for increased equality with lucidity about the government’s role in exacerbating inequality.

In the movie “Animal House,” Otter, incensed by the expulsion of his fraternity, says: “I think that this situation absolutely requires a really futile and stupid gesture.” Such thinking gives us minimum-wage increases that do very little for very few. Meanwhile, there are farm bills, like the one Obama signed last month at Michigan State University.

MSU was one of the models for the land-grant colleges created under the 1862 Morrill Act, whose primary purpose was to apply learning to agriculture. Today, we apply crony capitalism to agriculture. The legislation Obama lavishly praised redistributes wealth upward by raising prices consumers pay.

Do read the whole thing.

While it’s true that average Americans have lost wealth and some corporations have gained in recent years, all Americans would be wise to remember which party has enjoyed majority control of government for the last five years.

Allowing liberals to continue picking winners and losers isn’t a logical plan for bringing fairness and prosperity back to our damaged economy.

Democrats would also be wise to acknowledge their connections to wealth and corporate culture. As Glenn Reynolds has often noted, they don’t call Obama President Goldman Sachs for nothing.

“Democrats would also be wise to acknowledge their connections to wealth and corporate culture.”
I do not understand this sentence. Why should they acknowledge that? The democrats and obama do not deal in truth. Is that suddenly going to be a problem for them?

Ever since the first Collectivist notions were put down on paper, there has been one enemy that has always remained constant: the middle class, or the bourgeois.

And Pres. ScamWOW’s favorite economic model…fascist economics…HATES the middle class and the entrepreneurial urge that has historically been its strongest benefactor.

Both are too hard to control.

There are at least two problems with this situation. First, the GOP candidates must be able to succinctly point out the evidence that Dem policies have hurt the economy. Shouldn’t be that difficult, given the number of (non-government) workers who have either lost or can’t find a job. But, the GOP isn’t called the stupid party for nothing. I don’t underestimate their ability to snatch defeat from the jaws of victory (again).

Second, many today have abandoned the Puritan work ethic, the hope of improving their station in life, the responsibility to provide for themselves and their families, and the value of our traditional (and prosperous) society. Storming the castle is becoming an acceptable and attractive strategy (for myriad reasons).

So, even if the GOP can formulate a coherent message addressing the problem, they still have to convince an increasingly self-centered populace that the are not entitled to the wealth of others. That will be difficult.

Those who express supreme confidence that America will pull out of its current morass do so based on the fact that Americans have always done so in the past. The problem with that analysis is that many citizens or residents do not have any of the attributes that allowed earlier generations to pull out of difficult situations. Because we have allowed an influx of millions of people with different values and mores it is foolish to expect that the population as a whole will act as it has before.

Exactly, the quaint melting pot has turned into a buffet of grievance and victimhood.

What I consider to be income inequality is the use of unearned money being redistributed to any entity, be it personal or corporate welfare, foreign aid or the funding of most of this gov. I don’t like the current gov confiscation of earned money in the form of tax everything so that the fed gov can dangle money with strings attached to control state govs. Removing money earned by the productive and giving it to those who can’t demonstrate that they deserve it, just should never happen. If the gov will just take it, then I won’t bother making it.

No matter how you slice it, you’ll never be able to tie democrats to income inequality. Too many selective variables

That lie will continue unabated.

However, one lie, one BIG lie, is being exposed, and cannot be hidden by selective statistics and vague rhetoric:

Republicans are the party of the rich

Here lies an op-ed in the Detroit News that set off a firestorm:

I read this site every day, along with the comments. I can tell you that, though “Detnews” is considered the “conservative” of the two Detroit papers, it’s as conservative as the Washington Post or L.A. Times.

In the comments you see a monumental shift in thinking; thinking that dems are now the party of the rich. Speaking of rich, the resident moonbats fight back with such stellar arguments as “teabaggers”, liars, Koch Bros….

It’s obvious they’re being exposed, and are so because because of facts;not unprovable nuances statistics.

….and the walls…come crumbling down