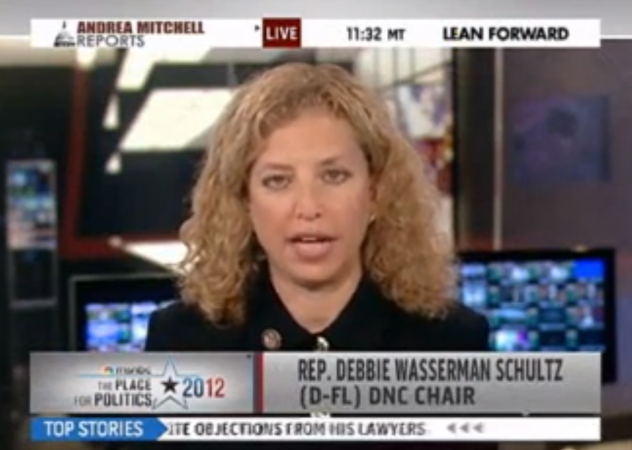 Recent fundraising figures show the RNC faring better than its DNC counterpart in just about all areas. Notably, the RNC has no debt and nearly $10 Million in cash on hand. The same, however, cannot be said for the DNC, thanks in part to some clever money shuffling among kindred spirits.

In the final two months of the 2012 election cycle, the DNC was strapped for cash, and opted to take out two low interest loans totaling $15 Million.

The loans were provided by Amalgamated Bank, which uses the tagline, “America’s Labor Bank” and promises to continue “the progressive traditions of its founders as the only majority owned union bank in the United States.” [Emphasis Added]

Established in 1923, Amalgamated Bank nearly went under following the 2009 housing crisis, but was bailed out by a $100 Million investment from two billionaires (irony?). The two billionaires together received 40% ownership in the bank following their timely contributions. That stake, however, wasn’t enough to unseat the majority owner, Workers United.

As membership has declined of late, unions are increasingly looking to find other ways to exercise prominent influence over the political process, apart from traditional contributions. The SEIU and Workers United may have found such a way through low interest loans from their financial institution, Amalgamated Bank.

To date, the DNC has yet to pay back even half of the short-term loan, which is due in full by the end of June this year, according to the Federal Election Commission.

Of course, loans aren’t the only way unions keep the DNC afloat.

The DNC’s special relationship with the SEIU goes beyond the loans. The union is also one of the largest financial backers of the Democratic Party.

The SEIU has given at least $200 million to Democratic candidates and committees since 1990. The SEIU spent over $30 million on elections in the 2012 election alone, spending about $16 million to attack Republican candidates and about $18 million to express advocacy for Democrats, according to the Center for Responsive Politics.

So, not only do a large contingent of Democrats owe their political careers to unions, their national committee also owes them more cash than they actually have on hand.

And let’s not forget the President’s words, “[the SEIU’s] agenda has been my agenda…”

When it comes to Democrats: Look for, the union label.

All Democrats are corrupt. Some are more corrupt than others, but even those rich enough not to need corruption manage to “get their beaks wet” at the public trough – Pelosi, Feinstein, McCaskill, Corzine.

When you get down to the poorer elected Democrats like the Congressional Black Caucus, well, don’t leave any valuables unattended, mmmkay?

Union corruption is just another facet of an intricate gem of dishonesty which funds and floats all Democrats. Every one of them.

Put another way, we could say of the Democrats,

I hope Debbie’s face does not linger long on the home page banner. Not sure I could take that.

Wouldn’t a below market loan be a campaign contribution in its own light? The IRS certainly considers them to be income for tax purposes.

Uhh…nice little political party ya got there….be a shame if sumthin’ was to happen to it….

So was this little stunt designed as a taxpayer-funded telethon for the DNC? Or is this just for their own bloated campaign budgets?

Given the repayment history of the democrat party, this is another bad loan. This bank should not expect to get paid or bailed out.

Yet fiduciary responsibility has nothing to do with either the democrat party or this “bank” as much as a slush fund.