Debate: “Affirmative action on campus does more harm than good”

Debate: “Affirmative action on campus does more harm than good” 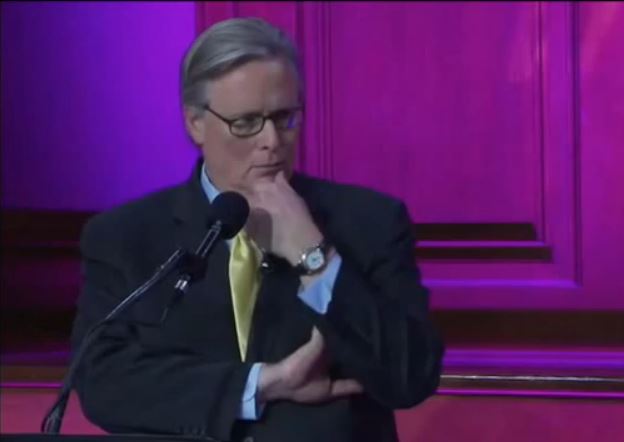 Badger Pundit has the rundown on a debate at Harvard Law School over the proposition in the title of this post, Epic smackdown of affirmative action at Harvard — following debate, audience’s opposition rises nearly a third.

It’s a discussion that people on campuses don’t like to have. Good for Harvard Law School for hosting such a debate with well-qualified speakers arguing each side. Too often the argument against affirmative action is denegrated as racism.

A speaker in favor of the proposition argued that affirmative action is an “epic policy failure” because it actually hurts — not helps — minority achievement through lower graduation and professional accomplishment rates.

This is commonly called the mismatch effect, as to which there has been a debate in law schools for years.  When University of the South Professor E. Douglass Williams published an article in The Journal of Empirical Legal Studies, Do Racial Preferences Affect Minority Learning in Law Schools? (2013)(pdf.), I had a chance to communicate with him, although I never got around to writing it up as a post.

Here’s the Abstract of his article:

An analysis of the The Bar Passage Study (BPS) reveals that minorities are both less likely to graduate from law school and less likely to pass the bar compared to whites even after adjustments are made for group· differences in academic credentials. To account for these adjusted racial gaps in performance, some researchers put forward the “mismatch hypothesis,” which proposes that students learn less when placed in learning environments where their academic skills are much lower than the typical student. This article presents new results from the BPS that account for both measurement-error bias and selection-onunobservables bias that makes it more difficult to find a mismatch effect if in fact one exists. I find much more evidence for mismatch effects than previous research ang report magnitudes from mismatch effects more than sufficient to explain racial gaps in performance.

Here is part of our email exchange:

WAJ: I just want to confirm your ultimate finding in layman’s terms: There is evidence of a mismatch effect, and that effect is sufficiently pronounced as to account for differences in bar passage rates. Do I have that right?

EDW: Yes this is accurate. Much of the difference in bar passage rates by race is explained by differences in academic credentials. But a significant gap still persists after controlling for these entering credentials. It is this remaining gap that the mismatch effect found in the paper can explain.

Some other reading on the mismatch effect and related controversy:

To some extent the “mismatch” effect doesn’t entirely address the issue. There also is the fact that affirmative action by definition is discrimination on the basis of race, which has a pernicious but perhaps unmeasureable impact on race relations.

Here is a video consolidating the argument for the proposition as well as some of the counter arguments:

This video includes some of the question and answer period, including arguing that performance is irrelevent, affirmative action achieves a greater societal goal of integration:

Prof. Randall Kennedy argued, when questioned by an Asian student who felt discriminated against, that individual reactions were irrelevant:

More videos and analysis at the Badger Pundit post, including audience reaction (emphasis in original):

Since when did that matter to Lefties? Welfare has destroyed the African American family.

The only “litmus test” required of Progressive race policies is: (1.) Does it keep ’em voting a straight Democratic ticket? and (2.) Does it make white liberals feel good?

“Prof. Randall Kennedy argued, when questioned by an Asian student who felt discriminated against, that individual reactions were irrelevant”

Which is the real evil here. Regardless of the impact on individuals of ANY race, this is all about “victim GROUPS”.

And, under our concept of rights, that is simply evil.

I’ve seen this happen to blacks who did pass the bar, too. I started out with a very smart young black attorney whose legal skill set seemed to stall out a couple of years out of law school. While the rest of us were hustling to hone our skills to keep rising in an up or out environment, she learned that she could get by playing up to certain liberal partners. She made a career of serving as window dressing at firms that did business with the city and needed to point to minority partners. When she actually had a legal issue to solve, she’d call on others to give her the answer.

Back in mumble mumble, a gifted black friend in grad school had the makings of a researcher. His career has fallen short (IMHO) of his potential. I have always thought that some or all of the problem was that the system handed him stuff on a silver platter instead of challenging him. Afaic my friend didn’t game the system or knowingly take advantage, but his rational responses to short-term incentives hurt him over the long term.

I have no idea what this means, but it does look intriguing.

“And, under our concept of rights, that is simply evil.”

When did Progressives start caring about that?

Haven’t watched the links yet, so this may have been addressed, but another way that “affirmative action” hurts protected minorities is that the accomplishments of those who actually succeeded through ability are discounted under the assumption that it was race preference that got them there in the first place.

Prof. Randall Kennedy argued, when questioned by an Asian student who felt discriminated against, that individual reactions were irrelevant As an person of Chinese ancestry (I am NOT “Chinese-American” — Teddy Roosevelt was right about the hyphen — I’m an American, period) I see this happen with depressing frequency. The other argument for discrimination in favor of blacks (and Hispanics and Native Americans; East Asians are NOT a “real” minority) is that their presence in, say the entering Yale class automatically provides a different point of view, etc. To make such a blanket assumption that a person’s skin color/ethnic designation makes them so markedly different seems, well, rather racist.

As to the young people need role models that look like them canard, isn’t it racist to demand that role models look like you? Most of my role models are people of European descent, which is a by-product of my growing up in the West, not some dead, straight, white, Christian male conspiracy to keep me down. It doesn’t make me feel small, or marginalized, because my role model’s physical appearance or mitochondrial DNA is not important, but rather his or her accomplishments and principles. You know, that “content of character” thing. If we are going to play the “Oooh I need a role model that superficially looks like me” game then I demand a quota for Asian linebackers in American football. Oh, and another quota for Asian male porn actors, for that matter.

“their presence in, say the entering Yale class automatically provides a different point of view”

The point of the exercise is to deem blacks superior. Their culture is “vibrant”, they cannot be racist, their points of view are models for us all. Beethoven has nothing on Jay-Z.

I think I’ll sue my role-model mother. She was a redhead, I’m not.

That condescending offer of special treatment for “Peoples of color” is based on the assumption that said groups are indeed inferior.

We don’t need no stinkin’ special treatment, and those who want it are nothing but lazy freeloaders.

….and if they are inferior, how can lowering the standards so they can be ‘included’ be a rational response? What if minorities become more inferior and less capable as time goes on because they don’t develop skills and a knowledge base since everything is handed to them under the guise of equal performance and achievement? The logical extension of the reasoning behind this practice leads us to shutting the institutions down altogether. Then and only then is everyone truly on a level playing field.

Another interesting read along sort of the same lines, about the failure of Affirmative Action to achieve much on the way of integration on Madison Avenue. At Slate, but it’s still worth a read.

As I like to point out, ‘diversity’ needs anti-miscegenation laws if it’s going to be a long-term practice.

I don’t think so much welfare messed up African American families as much as Jim Crow and Slavery but the thinking on this website is that these things never happened. Or that as soon as the policies were abolished the negative things disappeared that they brought about.

Umm….there were no African-AMERICAN families before slavery. That’s how blacks came to this continent in the first place. They were shipped out of Africa after being captured by their African race-mates in Africa for sale to production-oriented countries.

Have all the diversity and affirmative action court cases and policies implemented and money spent over the last 65 years assisted the African-American family? Some have moved into the middle class white America, more than would have under Jim Crow, but overall, it’s clear that as a group that insists on self-identifying themselves by race, black Americans have not fared well no matter the decisions, policies and trillions of dollars they’ve been afforded over these decades. In addition to that, violent crimes committed by blacks have skyrocketed in these decades.

Perhaps it’s time that black Americans call themselves simply Americans, look into their own culture for the remedies to their failures as a race in America that they have chosen to self-identify by (starting with eliminating the term “African-American”), stop begging, suing and intimidating for more hand-outs and the lowering of standards they claim to need, buckle down, do the hard work and accept the responsibilities that other Americans manage to day in and day out.

Our history as Black Americans have infused Race Identification in our sense of being. You make it seem as though the Black American Family just spurted out of no where. Social policies like Slavery and Jim Crow have devastated black america #FACT. you cannot refute that.This is the foundation of the situation today. No one is blaming that for Black on Black crime. But if Our great grandfathers were taught to identify by race, what do you think would be passed down. I do not like liberal Handout policies, but to say that Liberal politics is the worst thing that happened to Black America is heartless. So you my friend stand corrected Jim Crow and Slavery were the worst things to happen to black america. Dependence on government handouts are wrong and out of control and are an American problem and not strictly perpetrated by black America. Big Government is the greatest threat to our society.

I admire a lot about the Conservative/Libertarian agenda but I cant stand Republicans. They make no effort to engage Black society but claim liberals have Blacks brainwashed. They don’t understand black Americans. They don’t understand the poisons that effect Black society today. To them its Rap music. Liberals are worse because all they do is pacify pacify pacify. And they claim that they care. From day one there was little hope for Black America. Just admit it ….we were destined to fail as a whole in Capitalist society. Yes some have made it through he cracks. And have become model citizens. Though as a whole we have failed in America. A lot of it is OUR FAULT. And the seeds of inequality and inferiority were sewed in the cotton fields. Learn to understand Black thinking. Stop Criticizing without a solution. Use some of your energy to come up with a solution. Criticism without a solution just makes you seem heartless and hateful. Thank you all. God Bless America!!!!