No surprise that Hatewatch is a political tool, not an objective listing 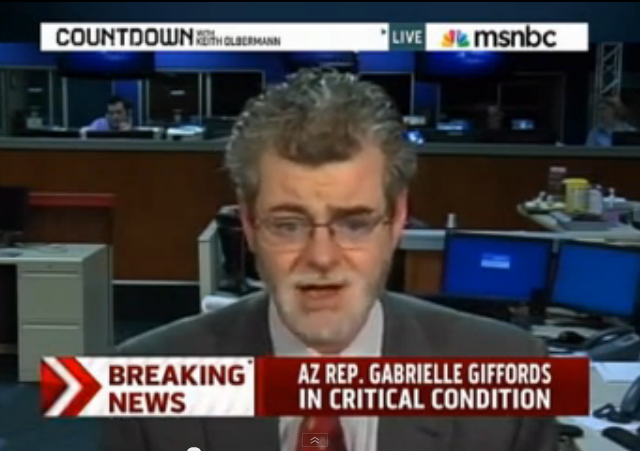 In the academic study “Watching the Watchers: The Neglect of Academic Analysis of Progressive Groups,” published in the January 2014 issue of Academic Questions, Professor John Yancey finds that Southern Poverty Law Center provides a concrete example of “irrational shortcomings” regarding the publishing of its “Hatewatch” list.

The “Hatewatch” list is, in actual fact, a list of Southern Poverty Law Center’s enemies–oftentimes Christian groups, for example. In August 2012, a man carrying a copy of that Hatewatch list started shooting in the lobby of the Family Research Council building in Washington, DC. Southern Poverty Law Center had placed the pro-Christian Family Research Council on its “Hatewatch.”

Yancey points out examples where, according to SPLC’s definition of “hate group,” leftist organizations should be included on its list.

As our society became more politically partisan, SPLC cemented its position as speaking for those with progressive political and social attitudes. Rather than developing into an objective clearinghouse for the identification of hatred – no matter where the source of that hatred may develop – SPLC has become a useful organization for progressives to legitimate their battle against conservatives. Since conservative Christians are categorized as opponents there is little, if any, incentive for SPLC to recognize hateful expressions against Christians, because doing so actually works against the social vested interest of the group.

Even after the publishing of this study, SPLC’s website forges ahead with erroneous and bizarre declarations that only suit its extremist political agenda. For example, see how SPLC tries to malign “Patriot” groups by including them with the Oklahoma City bombers. From the SPLC website:

Since 2000, the number of hate groups has increased by 56 percent. This surge has been fueled by anger and fear over the nation’s ailing economy, an influx of non-white immigrants, and the diminishing white majority, as symbolized by the election of the nation’s first African-American president.

These factors also are feeding a powerful resurgence of the antigovernment “Patriot” movement, which in the 1990s led to a string of domestic terrorist plots, including the Oklahoma City bombing. The number of Patriot groups, including armed militias, skyrocketed following the election of President Obama in 2008 – rising 813 percent, from 149 groups in 2008 to an all-time high of 1,360 in 2012. The number fell to 1,096 in 2013.

In 2010 Professor Jacobson detailed how the SPLC’s Hatewatch and the organization in general has been detrimental in the real fight against hate:

Being labeled a “hate group” by SPLC can be devastating, because most of the country is unaware of how politicized SPLC has become.  Until I started blogging a little over two years ago, I too was working off of SPLC’s prior reputation of fighting real hate groups, like the Klan.

Yancey’s study ought to provide the impetus for a conversation amongst all level-headed academics about why groups like Southern Poverty Law Center are given a pass as they apply an arbitrary and partisan-fueled “standard” to intimidate, inspire fear, and malign those with whom they disagree.

As a sidenote, last summer I passed a group of women asking for signatures for the Southern Poverty Law Center. After hurrying by and refusing to sign, I stopped, turned around, and asked the woman if I could speak to her about the group. I told her how, as a Christian who believes wholeheartedly in the message of my faith–of love and tolerance and of standards and of sin, I would be labeled as someone who “promulgates hate.”

She was shocked, said she had no idea who they were and was just doing it for a job. As I watched, she gathered the two other women and they left the street. I have no idea if they stopped asking for signatures, but I felt like it was my responsibility to let her know–and I encourage you to do the same–that while because a group says they’re fighting hate, your good intentions may be in fact enabling an organization that ought to examine itself along that score.

For all Legal Insurrection posts regarding the Southern Poverty Law Center, see our SPLC Tag, including these posts:

IF SPLC were JUST another bunch of lying Collectivist haters, that would be one thing.

They are NOT just that, by virtue of their being used as a training source for LEOs and the military.

THAT makes them a whole ‘nuther level of dangerous.

I got a good chuckle out the the posting on the SPLC web site of Malik Zulu Shabazz as a “right wing extremist”. Shabazz is part of the leadership of the New Black Panther Party (NBPP), a group that Barack Obama has “broken bread” with.

You must have the wrong link because the material you quoted does not appear at your link.

I always thought that ridiculing the donor base may be the best way to deal with the SPLC. The operation has always been the secular left’s PTL, founded by a lawyer who made his first million not in the law but in direct marketing. I mean what can one say about the head of a poverty law center who lives like a pasha, complete with expensive antiques and objets d’art casually strewn around his pool side?

This the advantage that owning television news gives you. Ask the Russians. If you can embargo criticism of a group that has a respectable reputation, but has turned the corner into partisan ideology, you can enable a multitude of sins.

Fox does an okay job of turning over the rocks, but they’re in it for the ratings, and some of this stuff is just too inside baseball for a mass market audience. Get some good video tape and that might change.

most of the country is unaware of how politicized SPLC has become. Until I started blogging a little over two years ago, I too was working off of SPLC’s prior reputation of fighting real hate groups, like the Klan.

By the time they were formed, the Klan was deader than a doornail. All Dees managed to do was find the last Klan group that still had money stashed away, and sue them to take it away. But they were well beyond any threat to anyone at that time, all the members were in their 70s or 80s already.

SPLC exists for one purpose and one purpose only, and that purpose has not changed one bit since its founding. It is Morris Dees’ personal piggy bank.

The group pays virtually all his expenses, and he is only one who consistently draws a high salary, too. They shake down guilty white liberals with scary talk about the Klan, and later Aryan Nation and other white supremacist groups that are similarly tiny and ineffective and often relegated to remote compounds.

What else of note have they actually DONE since those early Klan lawsuits?

So while they market to the left from the left, and because of that their boogey-men are all purportedly from the “right,” they aren’t really a political or activist group at all.

SPLC is a charity, with a single beneficiary. And he thanks you all with regular fundraising “emergency” appeals.

Or as I like to say, “Citing the SPLC on rights is like citing Velikovsky on astronomy.”

This copy of an email I sent to SPLC in August of 2010 says it all:

“I notice on your hatewatch site you have listed Chick Publications; most
people, most ordinary people anyway, think of Jack Chick as somewhat
strange and refuse to take him seriously. They critique the comics he
produces and laugh at them. I seriously question why this is on your
hatewatch list.

Speaking of the name Hatewatch, i actually hate (ahem!) that word and
rarely use it. It means little if it is overused.

I used to subscribe to your news letter but quit last year as it seems
everyone who doesn’t agree with you is a hater. Come on now, really? You
need to come back down to earth. “