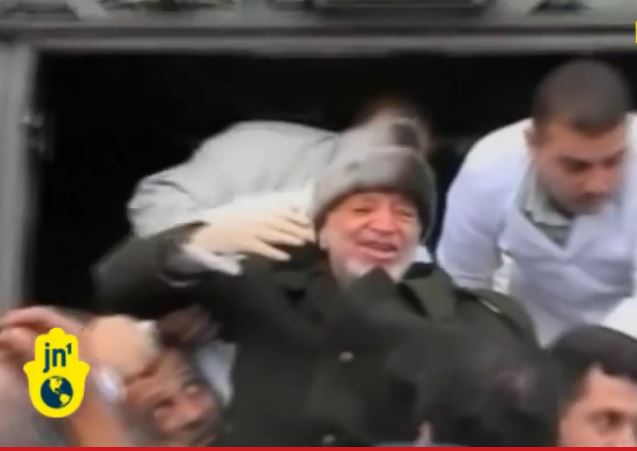 A fascinating discussion from Jonathan Schanzer on the John Batcheler show.

Listen to the whole thing and learn yourself something.

I was not aware, until Batcheler’s introductory comments, about the NYC bomb plot targeting Golda Meir. Guess who uncovered the plot. The NSA.

Note how Fatah was formed in 1959, 8 years before the “occupation” of the West Bank. It’s never been about the West Bank, it’s been the failure to recognize Israel, and the use of the “peace process” as just a stepping stone.

Schanzer’s book is State of Failure: Yasser Arafat, Mahmoud Abbas, and the Unmaking of the Palestinian State.

“It’s never been about the West Bank, it’s been the failure to recognize Israel, and the use of the ‘peace process’ as just a stepping stone.” — a fact so obvious that denying it requires either an incorrigible will to self-deception or a special kind of malice.

After listening to Schanzer one gets the impression that the raison d’être of the PLO and then the PA under Arafat was not to create an autonomous and functioning Palestinian state, but to coalesce power for personal gain. Arafat is described as charismatic and is able to rally sentiment against a common enemy, but lacks the desire or ability to practice good governance—providing one does not define good governance as enriching those who offer allegiance.

Let’s see, a charismatic community organizer, populist message, points fingers and assigns blame, doesn’t know a thing about how to run a government beyond slogans and demonization: I suddenly have a strange sense of kinship regarding the Palestinians.

I make the above remarks not to compare Obama to Arafat, or try to minimize what Israel faces on a daily basis, but to suggest it is possible that the fog that clouds the reasoning of ordinary Palestinians may eventually abate. After all, Obama had 69% approval rating just a few years ago.

So where has all this truth been hiding? This should have been front and center. Arafat was a total thug and he lead an organization of total thugs. All the wasted time, money and misplaced sympathy for thugs should never happened. So what was the point of giving this man any attention or status as a “peacemaker” on the national stage? He should have been taken out. Instead the world put up with him for decades.

“After listening to Schanzer one gets the impression that the raison d’être of the PLO and then the PA under Arafat was not to create an autonomous and functioning Palestinian state, but to coalesce power for personal gain.”

Is that a brilliant insight? That’s obvious! Has always been obvious.

I did not know of (or possibly heard or read something, but did not remember) about the anti-Golda Meir bomb plot. (which was not really against Golda Meir, which would not have been easy for them, but timed for her visit.)

There is a Wikipedia article about it:

It wasn’t known until 2009 that the failure of the bombs to work was not an accident, nor was their early discovery. (and by the way terrorists thinking it was an accident probably deterred them more than an arrest would have)

Knowledge of this bomb plot (complete with the bomb’s locations) came from a decoded intercepted message from Iraqi diplomats in the United States to the Iraqi foreign ministry in Baghdad.

The main bomber, or the bomb-placer, was identified by fingerprints pretty early, but escaped the country and was finally caught in 1991 in Rome, when flying from Iraq to Tunis on a false Jordanian passport.

He was extradiited to the United States and convicted and sentenced to 30 years in April, 1993, and released February 19, 2009, and Wikipedia doesn’t know what happened to him afterwards, except that he was presumably sent out of the country somewhere, probably to his native country, Iraq. He would have been about 64 years old then.