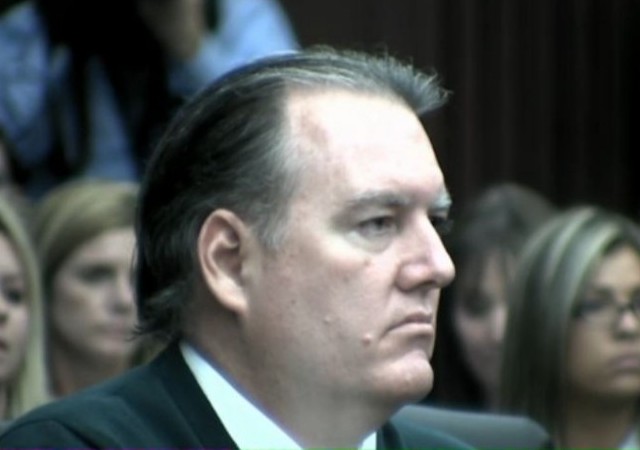 As we did during the Zimmerman trial, we plan to cover the “loud music” 1st degree murder trial of Michael Dunn in real time. Here are a couple live video feeds, we’re not yet sure which will prove more reliable.

At the bottom of the post is a live Twitter feed with my live tweets and those of others reporting on the trial:

Where are Ben Crump, Valerie and Jesse Jackson, Al Sharpton, Obama, Farrakhan, the NBPP, et al? Why haven’t they shown up to milk the race cow? Is there no money to be made on this case? Not an election year?

In the parking lot, getting wound up for their speeches to the cameras.

They’re all at the big Zimmerman-DMX boxing match. Mostly crawling under the bleachers looking for dropped wallets.

Thanks for putting up the embeds, Andrew. Both worked OK for me (PC, Firefox). Unfortunately I missed the prosecution opening. Well maybe fortunately for me as I can imagine how it likely went based on the some of the lines from the defense opening comments.

Andrew’s involvement and expert analysis will give us reason to tune in and see what is happening with this case.

Observations, it bothers me that police are allowed to question witnesses with mostly leading questions. Possibly not in this case, but it can really taint an investigation.

How does John Guy get convictions? I found what I heard of his opening ( missed the first part ) to be quite bad. I know that I would be less willing to convict someone with him giving the opening versus some other lawyers. One example: to me it doesn’t matter whether the victim is Mother Teresa or Charles Manson. If Dunn murdered the guy, Dunn should go to jail. If he didn’t, he shouldn’t. So don’t go telling us Davis is an innocent boy, it’s not relevant. And don’t go telling me that Davis didn’t hang around with bad people, then go tell me one of the guys in the car is on probation. It makes me wonder what else is a lie.

About the defense opening. Competent. If everything he said is accurate I would have to acquit. THe question is “is what he said accurate”.

In particular I find the tripod telling. Could they have been using a tripod as some stand for a shotgun? A stretch yes, but who knows.
OTOH, if a guy pointed a tripod at me in poor light, I might mistake it for a shotgun.

Extremely telling though is the guy driving off, starting to call 911 then hanging up is telling too. Will the testimony back that up?

Unfortunately this is an act by a racist. I am a 52 year old Caucasian that competes in SPL competitions, for you that don’t know what that is….car stereo competitions. I’m not a thug, a professional white male that enjoys listening to a good stereo with the bass thumping. There are just as many Rock, Country and other genre of music that “thumps” and people such as this igorant person took out his dislike on someone that wasn’t hurting anyone or anything listening to loud music. Beside is it not against the law in Florida to listen to your music loud in your vehicle now?

Another shameful day in America, wow the evilness of man today. We don’t yet see things clearly. We’re squinting in a fog, peering through a mist. But it won’t be long before the weather clears and the sun shines bright! We’ll see it all then,as clearly as God sees us, knowing him directly just as he knows us!