Iran is facing a water crisis. President Rouhani could help his nation by turning to … Israel. 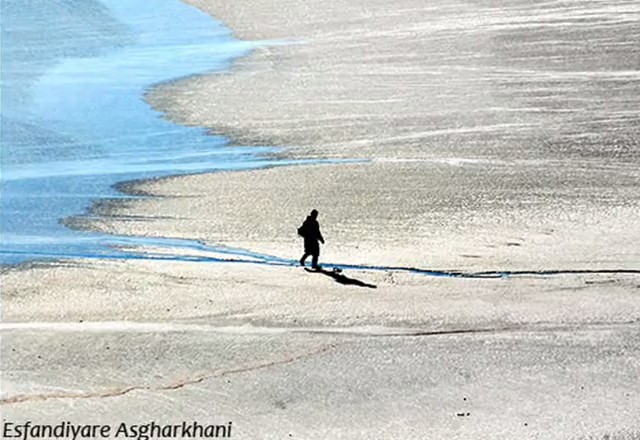 According to an article last month in the New York Times Iran is facing a major water crisis.

Iran is facing a water shortage potentially so serious that officials are making contingency plans for rationing in the greater Tehran area, home to 22 million, and other major cities around the country. President Hassan Rouhani has identified water as a national security issue, and in public speeches in areas struck hardest by the shortage he is promising to “bring the water back.”

Experts cite climate change, wasteful irrigation practices and the depletion of groundwater supplies as leading factors in the growing water shortage. In the case of Lake Urmia, they add the completion of a series of dams that choked off a major supply of fresh water flowing from the mountains that tower on either side of the lake.

According to a recent op-ed in the New York Times, Iran didn’t always have a water problem.

That cooperation began in 1962, after a severe earthquake in the Qazvin region of Iran killed more than 12,000 people. The earthquake collapsed a chain of wells that engineers had drilled in a qanat, or tunnel, style. Hundreds of thousands were at risk from lack of drinking water. Israel flew in teams of drillers. New water supplies were identified, and a series of artesian wells were drilled. The drilling was such a success that Israel’s water engineering company, today a private enterprise, was hired to identify and gain access to underground resources elsewhere in Iran.

Beginning in 1968, a desalination company owned by the Israeli government built dozens of plants in Iran. These are now aging, while Israel continues to innovate: On its Mediterranean coast, it recently opened an immense, energy-efficient desalination plant. More than half of Israel’s drinking water — purer, cleaner and less salty than natural sources — now comes from seawater.

Cooperation with Iran abruptly ended with the Islamic revolution. Indeed, the Israeli team of water experts was on one of the last direct flights from Iran to Israel in 1979.

So unlike President Obama, President Rouhani wants to make the water rise. He probably could if he’d reach out to Israel. Not only does Israel have a history of helping Iran to develop its water resources, it is currently a world leader in water technologies as evidenced by its success at home.

Yes, Israelis must still be wise with their water use. Yes, emphatically, this is a desert region, desperately short of natural water. And yes, we have indeed been worried for years about the possibility of water shortages provoking conflict.

But for Israel, for the foreseeable future, Kushnir says, the water crisis is over. And not because this happens to have been one of the wettest winters in years. Rather, he says, an insistent refusal to let the country be constrained by insufficient natural water sources — a refusal that dates back to David Ben-Gurion’s decision to build the National Water Carrier in the 1950s, the most significant infrastructure investment of Israel’s early years — led Israel first into large-scale water recycling, and over the past decade into major desalination projects. The result, as of early 2013, is that the Water Authority feels it can say with confidence that Israel has beaten the drought.

President Rouhani has a resource he could use to “bring the water back.” He could engage Israel. But he won’t.

And we all know why. It isn’t because Iran pities the Palestinians. Rouhani considers Israel a blight, or perhaps a “sore,” that doesn’t belong in the Middle East. His boss, has said explicitly that Israel should be removed from the region. This isn’t normal. It is pathological. The hatred the Iranian harbors for Israel is magnified by the fact that the Islamic Republic wouldn’t consider asking Israel for help; even to help their own citizens.

Next time you read about how the West will moderate the Iran by reaching out to the regime or how moderate Rouhani is, just remember that is a government that puts its enmity towards Israel above the welfare of its citizens.

Not that he would, but if he did, I would hope Israel would say no.

Rather, Israel must say yes. Coals of fire, you know,

Israel should say yes and then use that as opportunity to poison whats left of Iran water supply.

Hell, they’re going to be blamed for it anyway. Might as well go all in.

Rouhani is just going to go for the simpler and consistent solution. Blame Israel for the shortage of water.

Israel should tell them to “pound sand”.

Hardline Islamic fundamentalists seem to prefer educating their boys on the Koran and nothing else, while they appear to educate their girls on nothing at all. As they seem to advocate ignorance, they can reap the rewards.

Who says God does not have a sense of humor. Iran, in it’s pathological hatred of Israel, is self fulfilling God’s promise to Israel. Genesis 12:3 reads,
“And I will bless them that bless thee, and curse him that curseth thee: and in thee shall all families of the earth be blessed.”

If Iran would really change (i.e. the Mullahs get overthrown) I would hope that Israel would help them. With the Mullah’s in charge hatred of Israel is the regime’s #1 value.

Rose colored glasses, David. For Iran to change, they must abandon Islam. An overthrow of the mullahs while leaving the despicable Koran and the corrupt ideology that flows from it in place is not good enough.

Then there is no hope for the world, because I don’t think there are too many of the ~1.6 billion Muslims looking to convert from Islam anytime soon.

Well, when your cult teaches that there is a penalty for conversion and that that penalty is death you are not going to be keen to announce you have converted, are you? Nevertheless, a lot of Iranians, having experienced the joys of Islam, have converted or reverted back to Zoroastrianism.

And your problem is?

My problem is you saying that Iran must not be Muslim for there not to be a proxy war between Israel and Iran. It’s a silly notion that’s based in fantasy.

Juba, Perhaps I’m being naive. But as the op-ed I cited made clear, Israel once had relations with Iran (when the Shah ruled.) I don’t expect that Muslims will ever love the Jewish state, but I believe that there are some who would believe in coexistence, out of self-interest if nothing else.

I think it’s poetic justice that they should die of thirst in a desert while Israel blooms in one.

Let their pride and hate be the cause of their demise.

Al-Jazeera: Coming up next – How the Jews stole all of Iran’s water.

We should send them Al Gore. Maybe he can convince them that their oil production is destroying the world and get them to cap all their wells.

Then, their money supply would dry up faster than these lakes.

Ha. Send Al Gore to give his AGW speech and break the drought.

The Quran deems the Jews the greatest enemy of the Muslims, the descendants of pigs, doomed to have molten metal poured down their throats in hell. Why would a devout Muslim ask for help from a Jew (except for the purpose of betraying them later)?

Muslims can create nothing to sustain life no matter how much money they have.

All the ME is a desert except Israel. The Jews took land that was a desert and made it bloom. The Muslims, meantime, use a cloth to cover their faces when the desert sands blow.

Should Israel be wiped out of the ME, God forbid, that entire region will become arid, dry, barren, and incapable of sustaining life.

There is a certain amount of schadenfreude in knowing that Iran is running dry while Israel has an abundance of water.

Huh… So, when was the last time you visited the Middle East? Ever? No doubt you were trekking forth on camels, under the blistering sun, over scorched white sands.

Oh and btw, the majority of Muslims live in SE Asia.

A few years back, I was in Dubai. Are there sandstorms in Islamic ME countries, yes or no? Do those sandstorms limit themselves only to a particular area?

Frankly, I don’t mind getting snarky replies, it gets the juices flowing, but stupid snark, untainted by a germ of persuasive argumentation, is rather a waste of time. Next time, try coldly logical refutation. That might get you somewhere.

Sorry, but stupid snark is all that you deserve.

Or do you truly think that saying that Muslims can create nothing to sustain life and suggesting that sand storms happen in the ME because of Islam deserves a coldy logical refutation? Seriously…

I have no desire to engage in a quixotic quest to persuade you, I just don’t like seeing silly statements go unrefuted.

Dang it. Sorry, missed the reply button. The above comment was a reply to Juba Doobai! and no one else.