Hillary: All machine, no message

Hillary: All machine, no message

The New York version of all hat, no cattle 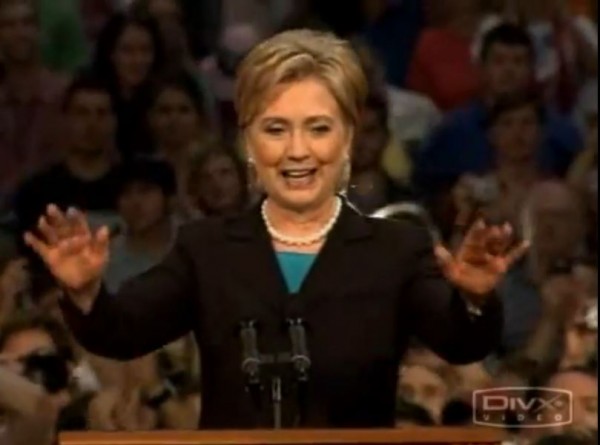 That’s what Buzzfeed’s two top shelf reporters are hearing from the Obama folks:

Top advisers and former aides to Barack Obama say Hillary Clinton is repeating the mistakes she made in 2008, building a machine in lieu of a message and lumbering toward the Democratic nomination with the same deep vulnerabilities that cost her the nomination eight years earlier.

The former secretary of state has offered her tacit blessing to a series of Democratic organizations, including a draft group, Ready for Hillary, which was recently taken over by a former Clinton aide, and Priorities USA Action, the Obama super PAC repositioning itself to raise huge sums for Clinton. The moves have been effective in telegraphing to other would-be candidates that they may have a hard time raising money and building an organization, and in establishing the sense of inevitability that was central to her 2008 campaign — a perception that also backfired badly….

Some Clinton aides agree, quietly telling colleagues that they fear that jockeying for position, rather than Clinton’s own interest, has spurred the early build-out. And others with front-row seats in 2008 see a similar pattern….

Clinton’s infrastructure has a range of elements, and Democrats said she is making some prudent moves. Efforts to defend her reputation as Secretary of State, and combat Republican attempts to define her, for instance, may not be able to wait. But the erection of a large-scale fundraising machine at Priorities USA and a grassroots Ready for Hillary — two super PACs operating outside Clinton’s control — both strike a range of former Obama officials as unwise.

“Being seen as a front-runner this far before there’s another candidate will only lead to an organized effort to find an alternative,” said a fourth former senior Obama campaign aide. “If another step is taken — and maybe her allies try to change the calendar or do something to the rules to make it easier — there’s going to be a backlash.”

Of course, the difference is that there was someone willing to run against Hillary in 2008. Where is that person now?

It may be that all machine and no message is good enough in 2016 to get the nomination. After that?

It’s all war on women and race card all the time.

Besides of decades of enabling really bad men, what has Ol’ Walleyes accomplished in her life?

Well, uhh, Saul thought highly of her, does that count?

She and Huma had something special.

What difference at this point does it make?

Yes, she did say that. So that’s an accomplishment.

Sarah Palin and Allen West – my 2016 fave ticket. Which counters the race and war-on-women cards……

“Of course, the difference is that there was someone willing to run against Hillary in 2008. Where is that person now?”

RE: Who will run against Sec. Clinton in 2016?
LIDavidD is correct: Sen. Elizabeth Warren is the perfect choice! Why have a white woman candidate when you can have a woman with high cheekbones?

I laugh at the insanity of her acolytes who gush that she flew more than a million miles as Secretary of State. So, Hillary lovers, other than piling up a bunch of frequent flier miles and leaving a carbon footprint as wide as her expansive derriere, what has the Arkansas Enabler accomplished?

She found the sanitized Whiter Water billing records where it had been hiding on a table in the hallway outside her office.

“the difference is that there was someone willing to run against Hillary in 2008. Where is that person now?”

Elizabeth Warren. Bet on it.

Now, remember, she’s the one we want to answer that phone at 3:00am….unless they’re calling from Behghazi, of course.

If they’re calling from Benghazi, what difference does it make?!

I know most of you are thinking it, so I’ll go ahead and say it: Another first: “Hillary” and “erection” in the same paragraph.

We are still just under three years from the election. At the corresponding point in 2006, Hillary was also the presumptive nominee – and Obama wasn’t even included in the polling. He was not added until he began talking about running in the late fall.

Hillary is just not that strong a candidate. New York state was different, rolling in right out of the White House with the Clinton Machine intact and at the height of its power – instead of the typical “lame duck” political clout of second termers, WJC kept his top guns working overtime against investigations and impeachment – no one could have stopped her. But she had as much time before the nomination run and still blew it.

We may not yet know who, but someone will give her a run again. And it could be close again – or she could fade early at the first sign of weakness this time.

Hillary: All machine and no message.

Palin: All message and no machine.