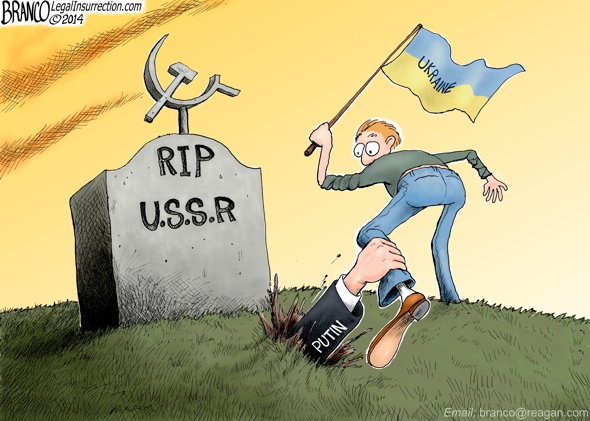 Wonder what the peoples in the Baltic States think about the current events regarding the Ukraine?

Might they also wish that wooden stakes be more readily available? Or, that they’re next?

Frank Marshal Davis (communist) also seems to be speaking from the grave, through his student Obama, and half of Hollywood, and much of old media.

Maybe it is only propaganda, that we won the cold war. We didn’t win the universities, or Hollywood, or Big Media. Our “God Damn America” president, is ignoring the people’s house.

Maybe America has had it’s head in the sand. It seems leftist influence has proceeded unabated in the US. Maybe the old KGB has simply gone underground and diversified into organized crime.

The other half of my family are just one generation away from a pure minority Slav people who have roots back into the 5th century . They are listed as endangered people’s thanks to the Polish & various Germanic neighbours. It is sad to say they have fared better as Slavs in Germany overall including ww2.

Poland has always refused to let them return to tend the grave sites. Then they sent out missives of Polish ‘cleaning ‘ them up more like extinguishing them . It is exactly like their concentration & former Jewish towns .

Just because they were a victim of the USSR does not mean these nations / peoples are not vicious tribes happy to eliminate minorities . There used to be a lot. Of these minorities but just try finding them now .

Auto put that apostrophe in . I should learn to turn it off .

Should have Obama playing patty cake with lurch and the Iranians in the background.