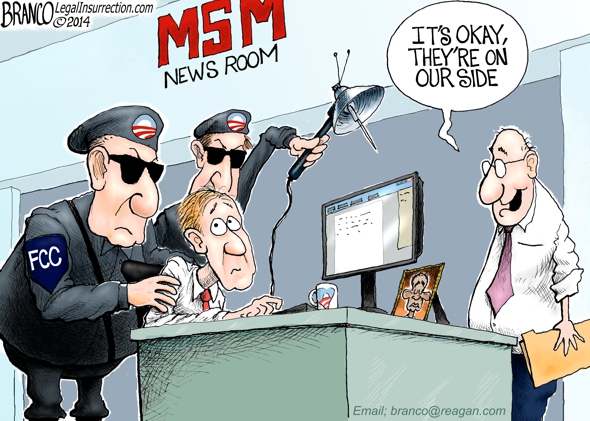 You don’t have anything to hide, do you?

If I have nothing to hide why then do I need constant monitoring and supervision by government authorities?

This ‘study’ was all about proving that CNN, MSNBC, the WAPO and the NYT best served women and miniority information consumers. It was about laying down a ground work for Taxpayer $$$$ bailouts for liberal news outlets. That is why the Media was so accepting of it.

SO that is why in 2012 the New York Times had dozens of print calls for an Obama Dictatorship and also Fed Bailouts of the dead Dinosaur Media!

Obama is pushing his right as king to selectively enforce the “law”. This is dangerous.

Surprisingly, many liberal organizations distrusted Obama, or they had enough sense not to go along with policies which could be used in time to completely control them. Thank capitalism and independent ownwership. Maybe the example of Hugo Chavez had some effect.

I like the coffee mug and framed picture of Obama on the desk; nice touches, and, apt props.