Will 3rd time before 1st DCA finally get media access to recordings? 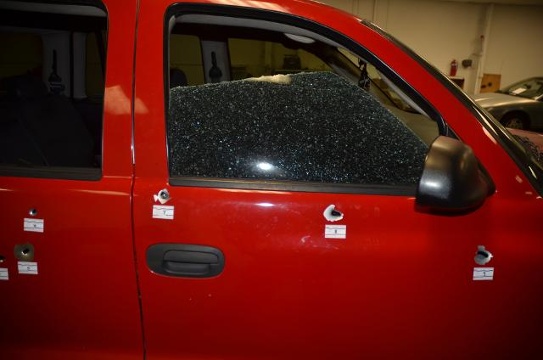 The ongoing drama in the Michael Dunn “loud music” murder trial over whether jailhouse phone recordings should be released to the media has taken yet another turn.

Yesterday the 1st District Court of Appeals once again felt compelled to step in–now for the third time–to reverse the Healey’s Wednesday ruling tossing the matter to civil court, and to demand an emergency hearing of all parties. (I haven’t yet seen yesterday’s 1st DCA ruling, so I don’t know if it literally says, “Get in our courtroom, NOW!” but I wouldn’t be the least surprised.)

In addition, they’ve ordered that Healey’s immediate superior, Chief Judge Donald Mora, appoint yet another judge to hold an evidentiary hearing on whether the State’s estimated cost (~$6,300) for redaction of the recordings is reasonable, taking the matter out of Healey’s hands. (A kind interpretation of this last would be that they recognize Healey will be busy with jury selection for the start of the Dunn trial on Monday.)

Some brief history of this discovery drama may provide useful context. Keep in mind, the existence of the phone recordings was known to all parties as long ago as October 2013, and the media has been demanding access to them since that time. 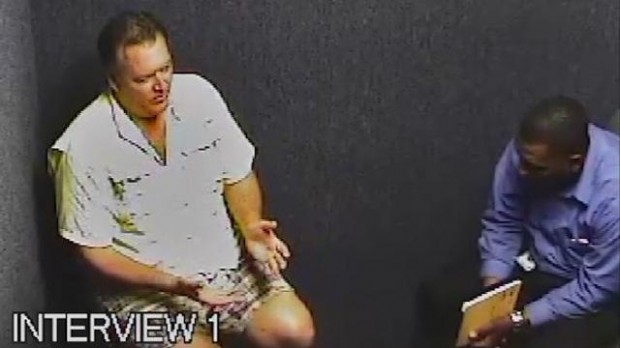 As we noted in our blog January 8 post on the case:

The Court overseeing the Dunn trial has, over the course of 2013 [and now 2014], entered a variety of orders suppressing the release of various discovery evidence. to the media Specifically:

On April 1, 2013, Judge Bass (then presiding [the first judge assigned]) entered an order sealing the names of witnesses revealed during discovery.

On August 1, 2013, Judge Healey (having replaced Cooper, who had replaced Bass) extended the April 1 order to the date of trial.

On October 24, 2013, Judge Healey entered, sua sponte (meaning, on its own initiative), an order restricting public access to various discovery. Of particular concern to the judge, apparently, was some content of letters written by Dunn while in jail. Healey explained that he believed these portions could be perceived as racially inflammatory and undermine Dunn’s ability to obtain a fair trial.

Incidentally, all of these orders to suppress discovery and deny it to the media were made without any prior notice to the media, without any evidentiary hearing, and without any opportunity for the media to respond to the court’s orders—all steps that are required by law before discovery materials can be closed from the public view.
As one would expect, the media did not take kindly to all this discovery material being withheld from them, and so on October 28, 2013 they asked permission of the court to be qualified as Intervenors—in other words, as a party that could argue motions before the court even though they represented neither the State nor the defense.

(The November 7 hearing was bizarre in its own right, as described in detail here: Next Florida self-defense trial: Loud music, teens in a car and a shooting.)

The media responded to Healey’s denial by immediately appealing to the 1st District Court of Appeals, which has the authority to review and reduce Healey’s rulings in the Circuit Court. The DCA hearing was held on December 18, and the resulting order from the DCA vacated both Healey’s November 19 and October 25 orders denying discovery evidence to the media.

In addition, in its December the DCA ordered that Healey:

[I]mmediately convene an evidentiary hearing . . . [to] determine whether closure [denial to media] . . . in this case is warranted by law. . . Following the hearing, the trial court shall promptly enter an order, stating with specificity its findings of fact and its reasons for granting or denying closure in the matter. Any part or intervenor adversely affected by such order may file a timely petition for review with this court.

Click here to read the 1st DCA ruling on the matter.

Back in Healey’s court, however, not much seemed to be happening vis a vis the media’s demands for the phone recordings, and on January 7 the media intervenors again felt compelled to take the DCA up on its offer to come back if the matter wasn’t resolved to their liking. Their motion to the DCA can be read here.

On Friday, January 24, Healey ruled on a motion from Dunn’s defense counsel asking that he continue to deny the phone recordings to the media. He denied the motion, and ruled that the recordings should be released, stating explicitly that “this Court now orders that the witness information and jail calls be made available to the public.” (We reported on these events here: Media granted access to evidence in FL gas station teen murder case.)

On the Monday following Healey’s January 24 ruling the State repeated its long-standing condition that it would only release the recordings to the media if the media paid ~$6,500 to cover the costs in having them redacted — and, oh, by the way, it would take 10 weeks for the redaction process, whereas the trial was starting the following Monday, February 3. The media refused, and an impasse was reached. (We reported on these events here: “Loud Music” Murder Trial: Discovery Held Hostage, or Media Being Stingy?)

As if that wasn’t enough, on Tuesday Healey appeared to spin a legal bearing and decide that it wasn’t his role, after all, to determine whether the phone recordings should be released and under what circumstances. The whole matter had become, he decided, a civil matter that ought to be decided in a civil court. (We reported on these events here: Yet Another Discovery Twist in the “Loud Music” Murder Trial.)

As a result of Healey’s abrupt reversal, the 1st District Court of Appeals has felt itself compelled to step in for the third time over what should really have been a trivial matter of discovery evidence release under Florida’s open records law. In my most recent post on this matter I closed with the observation that:

One can’t help but imagine that nobody is more surprised by this sudden proposal to toss the matter into the laps of the civil courts than the 1st District Court of Appeals. Their response to these events, if made public, should make lively reading.

Given the DCA’s actions yesterday in promptly reversing Healey’s Wednesday decision to toss the matter to civil court, in ordering Healey’s judge to assign yet another judge to handle the discovery release matter, and to order an emergency hearing of all parties on the matter, it appears that I may have been correct.

(We’ll add yesterday’s DCA order to this post as soon as it becomes available to us.)

How many times can a judge be reversed on appeal in one case, before the trial even starts, before it is grounds for forced recusal ?

And Healey’s ALREADY the THIRD judge assigned to this trial.

Expectations the Circuit’s got a deep bench? Low.

Man, I can hear the Key Stone Cops music playing in the background the more I read about this “Proceeding”.

I wonder how much of this is driven by Cory? I am sure she is still stinging from not being able to put Zimmerman away, so maybe she is getting involved in this one as well. Or maybe this is just her SOP.

Let’s start a poll on who will eventually be appointed ‘Judge in Honoraria’ to fill the bench, when they run out of other choices :

But seriously, folks – I’m guessing Dunn vented his spleen in all those letters and phone calls, right under the big sign that says ‘Notice ! All calls are recorded !’, with a bunch of mouth-music about ‘f’ing N’s’ and such. Maybe something classic like ‘I taught that punk-ass N a lesson’ or such. Which I guess could come into evidence, even post-facto, as to state of mind or motive, etc. Andrew ?

Of course, we already knew that – the guy can’t handle 2 minutes of loud music from a car at a gas station without shooting someone. ‘Ignore it for 2 minutes’ or ‘just get in your car and leave if you don’t like it’ would have been too easy for him.

Apologies for the accidental down vote. Personally, I hope they bring Bernie de la Dirtymoutha in to rehearse all the calls for the jury. Effing punks!

maybe I am remembering wrong (didn’t double check so apologize if I am wrong here) but isn’t the kicking to civil court about the only thing hes done that has any semblance (however slim) of legality?
seems to me, and could be wrong, hes just been trying to avoid all responsibility for anything in this case and has really screwed everything up.
at what point are any sanctions/punishments done to this guy and those like him? are there even punishments? how much time, money, resources, etc have been wasted due to this guy?

Healey was previously and expressly ordered by the appeals court to hold on evidentiary hearing on the release issue. He never held the evidentiary hearing and to the contrary ACTUALLY REFUSED to follow the appellate court’s order to do so by trying to send it to a civil judge. What a nut.

Judge Healey seems a case in point. He behaves as if the DCA is some annoyance to be swatted away like a buzzing fly.

Healey (muttering under breath): “You’re not the boss of me.” (Kicks toe on ground.)