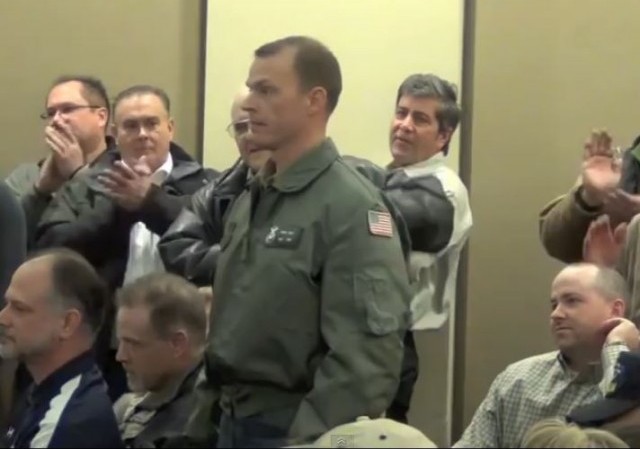 In a decision issued earlier today, the Ninth Circuit Court of Appeals held that the California law conditioning the right of “responsible law-abiding” citizens to carry firearms in public for self-defense purposes on a showing of “good cause” unlawfully restricts Second Amendment rights.

California prohibits the open carry of firearms and imposes limits on concealed carry. In particular, San Diego County requires applicants for concealed carry permits to produce supporting documentation to establish not just that the applicant is concerned for his or her own safety, but that the applicant can identify “circumstances that distinguish [him or her] from the mainstream.”

As the Second Amendment states, “the right of the people to keep and bear Arms, shall not be infringed.”

The Ninth Circuit explained, “[C]arrying weapons in public for the lawful purpose of self-defense is a central component of the right to bear arms.” Accordingly, it concluded, “[I]f self-defense outside the home is part of the core right to ‘bear arms’ and the California regulatory scheme prohibits the exercise of that right, no amount of interest balancing under a heightened form of means-ends scrutiny can justify San Diego’s policy.”

The Ninth Circuit’s decision contributes to a split in the circuits that makes Supreme Court review likely.

The Seventh Circuit is on the side on the Ninth, but the Second, Third, and Fourth go the other way.

The right to “bear arms” is an individual right that should have some meaning, but States and localities are entirely too prone to give it as little scope as they can get away with.

The Ninth Circuit gets it right in holding that California cannot both bar open carry and crimp the ability of law-abiding citizens to get concealed carry permits.

Jack Park is a lawyer practicing in Atlanta. He has practiced law for more than 30 years, including as as an Assistant Attorney General for Alabama and in private practice, and as a Visiting Legal Fellow at the Heritage Foundation. He contributes to spectator.org and executivebranchproject.com.

Be still my heart. Would just LOVE to get a CCW here in SD County! Not going to hold my breath just yet, though- the Powers that Be don’t like guns here, except for the favored few.

No open carry allowed.
Concealed carry only for “special ones” who can prove different “from the mainstream.”

I think in California they don’t know the difference between a right and a privilege.

A blind hog finds the occasional nut…yes, I was pleasantly surprised, too.

As a bellwether for 2A actions in other courts, not good, not good at all for gun grabbers.

The judge who wrote the opinion was Diarmuid O’Scannlain, whose chambers are in Portland, Or.

Before his appointment he ran for Congress, was defeated by the dip Les AuCoin. Right now, I’m glad Reagan appointed him, and I’m sure he is, too!

Here’s how I see it, for what it’s worth.

Carrying concealed with a permit is not a right. If you HAVE a right to carry concealed, you would do so without a permit. If you have a permit, you’re exercising permission.

If you are not permitted to carry concealed without a permit, then you must be able to carry openly. Why? Because you have a “right” to “bear arms.” If carrying concealed requires a permit, this is not an exercise of the right to bear arms. The only other way you can carry is openly, so the state must allow the exercise of open carry in order to fulfill the “right.”

When the state requires a permit for concealed carry and does not permit open carry, it is not allowing for the exercise of the right to bear arms. Frankly, the “right to bear arms” language of the Second Amendment doesn’t specify how those arms may be borne. We know its an historical fact that in colonial times, people carried arms both concealed and openly. Neither method of carry was considered a crime, and neither method of carry required a permit. The colonists (and early Americans) carried concealed and openly by right. Tell me, how did one of these rights become criminalized in some jurisdiction and how did the other become a regulated privilege? Between these to infringements, the right to “bear arms” does not exist at all in some jurisdictions.

Frankly, the “right to bear arms” language of the Second Amendment doesn’t specify how those arms may be borne.

Well, yes, it does, it specifies that it shall not be infringed. Attempts to circumscribe the right by limiting

puts a bit more strain on the word “uninfringed” than we can reasonably expect it to bear.

Oops, obviously, that’s “shall not be infringed”, not “uninfringed”. Same thing; but in quotes, we’d like it to match the real deal.

As Liberal State Governors, (Cuomo) and Federal Legislatures (Feinstein/Pelosi/Reid) push to enact and manipulate the 2nd Amendment to fit a socialist agenda, it has to be knowingly that much will be disallowed but parts of the legislation will prevail in ways as to constrict and make the right to bear arms a formidable task, not impossible, just down right punitive if you do. Why the Obama administration has had all his departments doing continuous massive purchases and hoarding of ammunition; preemptive steps limiting the ability of gun owners to obtain Ammo, either by availability in the free market or by import via the U.N. Arms agreement. When the SCOTUS does make their rulings upholding 2nd Amendment rights, the ability to bear arms will stand, but the ability to buy ammunition will be extremely prohibitive to all but a few. What remains will be a Neutered 2nd Amendment.

I could see the logic in req education on laws of self defense and things to consider before shooting someone. If permits are shall issue then education would be good.

We ought to be going after EVERY limitation on the 2nd Amendment the way the Left goes after everything they consider to reduce access to voting (even though they don’t have any Constitutional support for their fight), and with the same tactics.

“the right of the people to keep and bear arms shall not be infringed.”

ALL of the current restrictions violate this.

If D’s want to place a limit on it, they could propose Amending the Constitution.

If the Right defended attempted limits on the Second Amendment as vociferously as the Left defends any limits on the SCOTUS-constructed “right” to an abortion, we’d all be personally armed with nuclear weapons and Abrams tanks.

Well, we probably wouldn’t carry a nuclear weapon, or an Abrams tank, but we might have the right to own them.

Sold my Abrams. Upkeep was hell.

I kept the 120mm cannon, just in case the local constabulary comes rolling up in an MWRAP to execute a warrant.

California USED to allow open carry — although the guns had to be unloaded. I’m not sure what good that does. I guess you ask the mugger to hold on while you load your gun.

Anyway, it scared too many sheep, so they just outlawed it.

It appears that the 3rd and 9th U.S. Circuit Court of Appeals contradict each other.

“Wyoming is leading a coalition of 19 states asking the U.S. Supreme Court to let them submit a brief supporting a New Jersey man’s challenge to that state’s concealed weapons law.
The Wyoming Attorney General’s Office, acting as lawyer for Wyoming and the other states, on Wednesday asked the Supreme Court to grant a hearing to John M. Drake and others who are challenging a recent appeals court ruling.
A three-judge panel of the 3rd U.S. Circuit Court of Appeals last summer ruled against Drake’s challenge to a provision in New Jersey law that says people seeking permits to carry a concealed firearm must prove to police that they have a justifiable need.”