Awaiting word from the Supreme Court if it will take the case, or will family be returned to Germany where it risks loss of children for homeschooling. 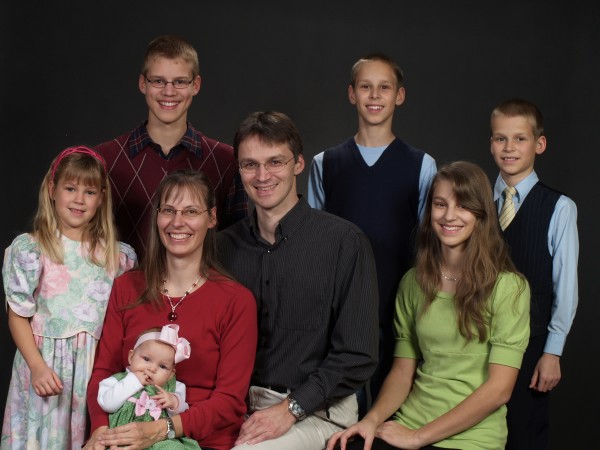 We have been covering the case of the Romeikes, devout Christians from Germany who wanted to homeschool their children because of what they perceived as the secularist agenda in German public schools. They fled and sought asylum in the U.S. after they faced mounting fines and the potential of imprisonment:

After losing in the 6th Circuit Court of Appeals, the Romeikes on October 10, 2013, filed a Petition for a Writ of Certiorari seeking to have the U.S. Supreme Court take the case.

On October 29 the government waived its right to respond, but on November 19 the Supreme Court asked the government to respond to the Petition.  That response was filed two days ago (see embed at bottom of post).  It’s hard to know when the Court will rule on whether to take the case.

For an indication of what is at stake for the Romeikes if they are forced back to Germany, consider the case of the Wunderlich family:

DARMSTADT, Germany, January 16, 2014 (LifeSiteNews.com) – In a shocking verdict regarding a homeschool case in Germany, a family court judge has refused to return legal custody of four children to Christian parents to prevent the family from obtaining visas that would allow them to travel to a country where homeschooling is permitted.

In his December ruling against the Wunderlich family, judge Marcus Malkmus called homeschooling a “concrete endangerment to the well-being of the child,” comparing it to a “straitjacket” that he said binds children to “years of isolation.”

The Wunderlich family made international headlines in August when a team of 20 social workers, police officers, and special agents stormed the homeschooling family’s residence and forcibly removed the children, ages 7–14.

Parents Dirk and Petra were accused of defying a German ban on home education. The children were returned to the parents in September on condition that the parents send their children to public school. Since the court had awarded legal custody of the children to social workers in 2012, the parents had no choice but to comply.

In his decision, the judge ruled that it was necessary to keep the Wunderlich children in public school for their own “well-being,” arguing that if the children were homeschool in Germany or abroad they would “grow up in a parallel society without having learned to be integrated or to have a dialogue with those who think differently and facing them in the sense of practicing tolerance.”

Romeike – Brief for DOJ in Opposition to Certiorari _21 Jan 2014

Then they came for the HomeSchoolers…

…and yet the administration allowed CAIR to bypass airport security.

I hope the SCOTUS will take the case. It is beyond outrageous that the Obama administration has worked so hard to deport this law-abiding German family, at the same time that it is spending millions of taxpayer dollars to assist Mexican crime cartels in bringing more illegal alien children into the U.S.

It almost seems too surreal to accommodate, doesn’t it?

And yet, here we are…

They are white. Obama does not want any whites getting asylum or legal status in the USA. How is he going to radically transform America’s demographics if he admits more whites?

Technically you would only know if they were law abiding if you had access to their visa applications & airport interview .

Their stated intentions & how they matched up with their stay is the legal base for visa extension/ change. In a normal world which would include Canada & Mexico but not the USA . There is that.

It looks to me like that baby was born since they came here. If that is true, than she is an American citizen, and I thought we could not deport US citizens – or their illegal family members. Turn it right around on the liberals and use their tactics.

I have not heard or read that the family had a child while living in U.S. We don;t really know when the picture was taken.

But we can deport the illegal alien parents, and the state child protection services can take the kid(s) and put them up for adoption if the parents abandon them (leave without them).

Obama’s D.O.J will fiercely oppose any action which would result in the supporting of beliefs held by conservatives of individual liberties over government programing. We are seeing it manifest in Federal governments mandates of Common Core curriculum in K-12 and making Head Start a mandatory program to start before age 5. To give this family religious refuge does not fit into the progressives re-structuring of America. Home schooling is on the same hit list as is Charter Schools.

In his December ruling against the Wunderlich family, judge Marcus Malkmus called homeschooling a “concrete endangerment to the well-being of the child,” comparing it to a “straitjacket” that he said binds children to “years of isolation.”

My niece took her autistic son out of my and my childrens’ old primary school this year to homeschool him because he wasn’t getting the care and attention he needs.

The teacher showed little compassion for his plight.

The last straw was when my niece went for a walk (the school is across the street from their townhouse) to see how her son was doing during recess. Through the fence she saw other boys pushing him around and laughing because he’s a gentle boy who won’t push back.

He’s a sweet, brilliant little boy often in his own world.

I just ran into my niece the other day at the supermarket.

I’ve never seen her look so tired. She homeschools him during the day and manages a restaurant at night when her husband comes home from work to take care of the children.

The sheer stress and exhaustion they are putting themselves through to make sure their children get the best upbringing and education shows me what a lie a judge labeling homeschooling a “concrete endangerment to the well-being of the child” is.

He hated school. Being autistic, he did not fit in well and was being teased/bullied. He was in a regular class, not a special ed class, but he spent some time every day in the special ed class, too. My niece ascertained quickly that the whole group at the school working with special needs kids was much more interested in funding than actually helping the kids.

She’s always exhausted but my sister tells me she’s happy she took him out school so she can be in complete control of his education.

My niece graduated with honors from UCLA so he has a sharp, loving teacher in his mother. She sets up playdays regularly so he has lots of social interaction in a much safer and supervised environment.

My niece was bullied during middle school and high school by a popular group of mean girls, to the point where she refused to attend school for weeks at a time and was often vomiting in the mornings from the stress of harassment and being ostracized.

Believe me, she knows what’s best for her kids and she’s not going to let anyone tell her otherwise.

Governmental reaction to homeschooling, such as this in Germany, is just obscene.

Gosh . You really have a dramatic family Luke. I have to ask which generation first moved to California? And from where did they come from? ( ok don’t say New Mexico ) .

It might just seem that way because I tend to share a lot of personal information in my writing.

My favorite books have always been biographies. I love to find out what shaped people’s lives and what makes them tick.

I wish commenters at LI would share more personal stories. I just love reading such stuff.

I had not read the entire decision from Judge Malkmus because this whole situation makes me steam. The judge’s remarks make this very clear. It’s not paranoid to think that a series of dominoes is being set to tumble…homeschooling is not a right, schooling must begin at age 3 (“universal preschool”), Common Core federalization of curriculum. It reeks of the Clintons and their planned economy (the infamous Marc Tucker letter). Also, this is worth a look—from Wisconsin and where education is headed. School choice will wither on the vine…alternative schools, whether private, parochial, or home, will have no value over public schools. The NEA and AFT will be all set.

Of a certainty, if the Romeikes are returned to Germany they will lose their children. There was a recent article (can’t recall where) about a family in Germany whose children were taken away from them because the State thought the family would leave the country and take the children elsewhere to homeschool them.

You carry a child for nine months, make that child in pain, spend sleepless nights and treasure on that child; you want the best for your child and work hard to provide it. Then, one day the State comes in and tells you “you didn’t make that; that child belongs to the State.”

What in this wild wide world is the USA for, if not this?
For the first time in my long life, I am ashamed of my country.

This case will certainly be litmus paper, telling us what “our” supreme court values.

Scalia said they can’t get the votes to consider Obama’s eligibility. If this administration – a cesspool of hatred for everything Western – prevails, it deserves the most expressive manner of opprobium we have in this country, expressed far and wide and loudly.