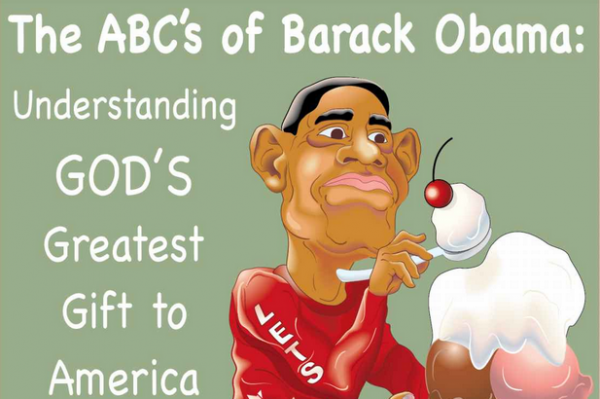 I was recently privileged to chat with American Conservative Warrior Princess, Teri O’Brien, on Canto Talk.  She is a dynamic and engaging BlogTalkRadio.com host herself, with a long history of conservative activism.  Her website is here.

With her tongue firmly planted in her cheek, O’Brien reviews the presidents many administration and policy failures.

The saddest observation: There is enough material to cover all 26 letters of the alphabet!

The book is rich with Teri’s biting wit and cutting analysis. At about 60 pages, it is a fast read — but well worth the time, as she summarizes a maze of scandal, deceit, and incompetence that has gotten lost in the avalanche of current news items slamming the Obama administration.

And, as a special bonus, Teri has this great deal:

Teri is an experienced attorney and talk-show host, who knows how to tie together detailed research, current events, and humor to cleverly highlight the many failures of Team Obama. She starts with “A” and ends with “Z”, which condenses the many arguable anti-American, anti-Constitutional actions taken by Obama and his staff members and bureaucrats into a useful compendium.

Not surprisingly, my favorite letters in her tome center on key aspects of “capitalism”. For example, “J is for Jobs” is a walk down memory lane about the Keystone Pipeline being thwarted. The Canadians said over 7,000 jobs would be created if the unit went through as planned. The Obama Administration dismissed it, saying a mere 50 jobs might be generated — and that wouldn’t compare to all the “green jobs” the “Stimulus Plan” would create.

They explained in their applications for federal assistance that they would create 102,883 new jobs! That number was a teensy bit off target. As the Wall Street Journal reported, the actual number was 300 permanent jobs. http://bit.ly/16LW6hp But those were, and are, real jobs. How many real jobs has the proposed phase 4 of the Keystone Pipeline created? That’s right. Zero, unless you count the jobs created by the attorneys and engineers involved in producing the mountains of environmental impact statements and legal briefs required by the battle to try to get it approved.

Under “P is for Phony”, Teri covers four of the most smoking hot scandals our elite media is choosing to ignore:

The Teri O’Brien Show is a favorite of mine on the weekend. As a regular listener, I will be curious to see how she handles the next phase of the Obama administration.

I predict her next book may be along the lines “Barack Obama – From Alabama to Wyoming” covering all 57 of our states.

As of 3:59 EST, Terri’s website has been redirected to a wordpress sign-in page.

Do go for this ebook on Amazon. It is spot on and well worth the read.

[…] Teri O’Brien | Book Review | ABC’s of Barack Obama (thanks again to my friend Leslie Eastman of Legal Insurrection for writing this terrific review to celebrate the amazon.com free trial of my book. If you haven’t grabbed your copy yet, click on this link for all the details, and don’t miss out. Get it now) […]