Phase 2 of the pushback against the anti-Israel academic boycott

Phase 2 of the pushback against the anti-Israel academic boycott

Ensuring that non-discrimination laws and university rules are enforced. 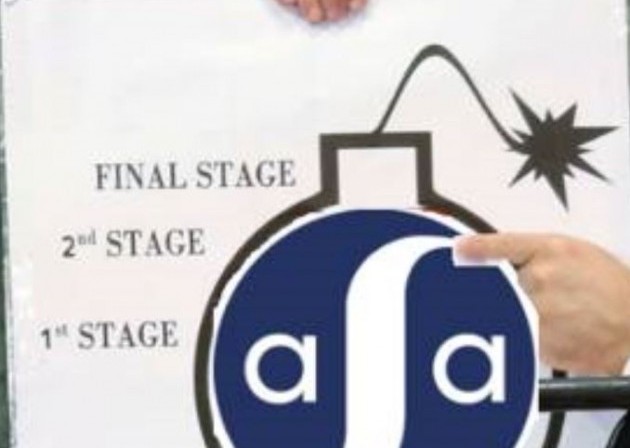 On Saturday, January 24, I appeared on the syndicated radio show of our friend Pete “Da Tech Guy” Ingemi.

I had a chance to talk about the backround and nature of the anti-Israel Boycott, Divest and Sanction (BDS) movement, most specifically the American Studies Association academic boycott of Israel. See our BDS and ASA tags for background.

I discussed how the pushback against the academic boycott has been overwhelming, with over 200 university presidents, the major academic organizations, and 134 Congressmen denouncing the boycott. This fast rejection of the boycott by American civil and political society has made a pariah of the ASA and the supporters of academic boycotts. That is a significant achievement.

But it’s not enough.

I also had a chance to announce the next phase of the opposition to the academic boycott movement (at 9:30)(full audio embedded at bottom of post):

“We’re going to continue to push back, and you’ll be hearing about those in coming months, we’re not stopping now….

And we’re going to be, you know it hasn’t really been publicly announced ’till now, but we’re going to be going around the country, and wherever they meet, we’re going to insist that universities and that municipalities apply their local anti-discrimination laws to these events. That if they’re going to hold an event that’s going to discriminate on the basis of national origin, we want the laws enforced as to them just as they would be to any other group.

So it’s going to be an active year, like I mentioned Legal Insurrection tends to take a fairly active approach to issues, we don’t just write about them, we actually pursue them, and we’re going to be pursuing them for the coming months and maybe the coming years.”

This will be a joint project with Anne Sorock’s Capitol City Project. At Legal Insurrection we are chronically short of time, manpower and resources, so CCP’s help is greatly appreciated.

The problem of discriminatory academic boycotts did not happen overnight. The boycott planning took years, and so will the pushback. The goal is to avoid having our universities turned into nothing more than political tools for people who do not value American civil society’s love for academic freedom and non-discrimination in education.

Is this reasoning sound? It implies that they can’t boycott anybody, since everybody has a national origin.

Example; if they wanted to annoy, say, Joe Stalin, one could say that they don’t boycott all Georgians, they only boycott Georgian dictators, and that’s national origin discrimination.

Is this reasoning sound? It implies that they can’t boycott anybody, since everybody has a national origin.”

The original reasoning is sound. What you claim it implies – that nobody can be boycotted because everyone has a national origin – is an incorrect sleight of hand.

Joseph Stalin Could be boycotted because he is a Communist or mass murderer though.

On another note I will really enjoy the howls of pain and angst from the Academy when the anti discrimination laws are used to break their anti symmetric rice bowl.

Interesting. Nobody so far seems to have the slightest clue about what my comment supra is about.

That implies either a champion fail of English 101 on my part, or Logic 101 for everyone else.

I’ll drop it. It’s like telling a joke nobody gets; a sterile waste of time and effort.

Thanks for dropping by in some odd effort to show your imagined superiority.

Your point was clear to those who can read, and it’s a fair deduction to say you support a boycott based solely on national origin.

But what your “analysis” seems to lack is context. And the analogy isn’t fitting. How does Stalin, an individual, represent or equate to an entire group, whether Georgian or Israeli? The hypothetical boycott of Stalin you present suggests that he is being target due to origin. That seems to be a false argument, much less a very unlikely event. As others state, a hypothetical boycott would more likely be based on ideology and actions. So, Idi Amin could just as easily be included. And he isn’t Georgian. Or Jewish.

You might want to read up on the context of the ASA’s position. They are targeting a group based on national origin, not an individual.

If he were doing stand-up, he’d be the first comedian to walk out on an unappreciative audience.

This is all good, but none of it addresses the real threat from BDS, which is legitimizing the vilification of Israel in classrooms (university and high school), scholarship, and the media. Unfortunately, ASA has not been made a pariah among those who teach anything that can be related to the Middle East. We can’t get stuck in thinking there is success because people like us see the ASA is wrong or because through political/economic pressure we convince politicians or university presidents to take brief, temporary positions on the issue.

This has been a long time coming, and while I agree that BDS is dangerous, it isn’t the only anti-intellectual collection of academic frauds infecting our system.

Their acts of discrimination are flagrant and intolerable, but eventually, they should be called on their lack of scholarship, as well.

I have one question though. If the rule is no boycots of scholars because of natinal origin, would that be absolute, no matter how evil and didtatorial the nation was. For example, could we boycot N Korean scholars?