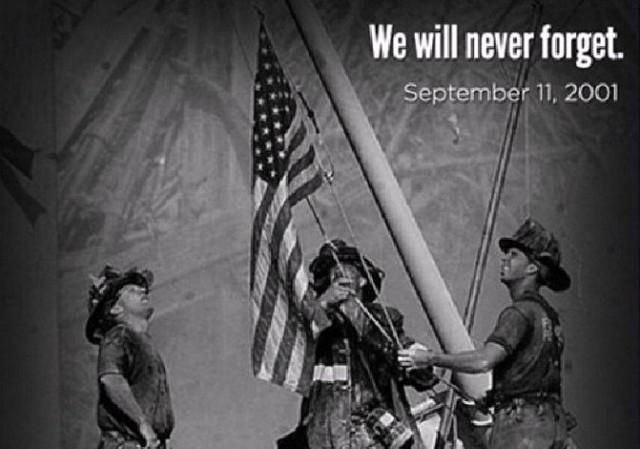 We previously have written about the copyright and trademark lawsuit by North Jersey Media Group against Sarah Palin and SarahPAC over a single use by Palin in a 9/11 Facebook post of a photo of fireman raising the U.S. Flag at Ground Zero.

We also previously noted that the claim in plaintiff’s papers that Palin used the image for fundraising seemed to be a real stretch (at best). There was no evidence attached to the Complaint showing any specific fundraising. Plaintiff’s claim appears to be that anything that takes place in Palin’s name or at SarahPAC constitutes fundraising.

Palin and SarahPAC moved to dismiss the case for faiture to state a legal claim, or alternatively, to transfer the case to Alaska since New York had no connection to the dispute.

It will be interesting to see if NJMG continues to fight the lawsuit, which makes no sense given that the photo clearly was not used for fundraising and was taken down quickly. Indeed, as previously noted, there is an issue as to whether Palin and SarahPAC even received actual notice of the takedown demand prior to the filing of the lawsuit just two days after the Facebook post was made.

Here is the substantive text of the Order (embedded below):

Defendants move, alternatively, to dismiss or to transfer this case to another district where it could have been brought. This case is transferred to the U.S. District Court for the District ofNew Jersey.

Plaintiff is a New Jersey corporation, publishing local newspapers in New Jersey. Defendants are a citizen of Alaska and a federally registered political actioncommittee (“PAC”) whose principal place of business is in northern Virginia.

Plaintiffs allege copyright infringement of a copyrighted photograph and a violation of the Lanham Act. There is no indication of any substantial activities in this state or district.
The most convenient forum is where plaintiff claims injury, New Jersey. If defendants violated the law, they did so nationally and one situs is as convenient as another. The district of Alaska, preferred by defendants, is not a convenient forum nor is the district of Virginia. Hence this case will be transferred to the district of New Jersey. See D.H Blair & Co., Inc. et al v. Gottdiener, 462 F.3d 95, 106-07 (2d Cir. 2006). The judge to whom this case is assigned can then determine the substantive sufficiency of defendant’s motion.

They just can’t quit her.

Whether Palin did or did not use the photo for personal gain, it is ironic that NJMG has already forgotten the significance of that event. Perhaps they took the photo and outsourced the caption.

I do hope Palin is also suing for legal costs.

I don’t speak lawyerese, but the judge writes “If defendants violated the law, they did so nationally and one situs is as convenient as another.”

All things being equal the plaintiff gets to pick the forum.

I picked up and that too and thought that, in light of it, the judge is full of it for sending the case to NJ to dismiss rather than dismissing it himself. Is he playing the “break Palin financially” game?

Well then, if NJMG is going to be like that then everyone should share this pic so that “their” image will forever be seen with Sarah Palin.

From what I gather there the photo “appeared” on the SarahPac website as a Facebook feed. Feeds are a bit of legerdemain. The offending content was never stored on a SarahPac server. The user’s browser is merely redirected to download the feed

This is about “bagging the elephant” — taking down Palin and becoming a hero to the Progressive powers-that-be. That’s it.

Worst case scenario is she has to pay a small monetary penalty.

No, this is about sending a message to anyone that stands upright against the left-

Palin can’t be taken down–but those of her ilk can be taken out…so they think.

Whether it be sue them into submission, as they did when Palin was Governor, or death by 1000 paper cuts, once you threaten the left, they will not stop. Ever.

I think the law suit is all about getting detailed information via subpoenas about SarahPac.