No coincidence that Canadian PM Harper heckled as he skewered BDS

No coincidence that Canadian PM Harper heckled as he skewered BDS

Two Israeli Arab members of Knesset could not handle the truth. 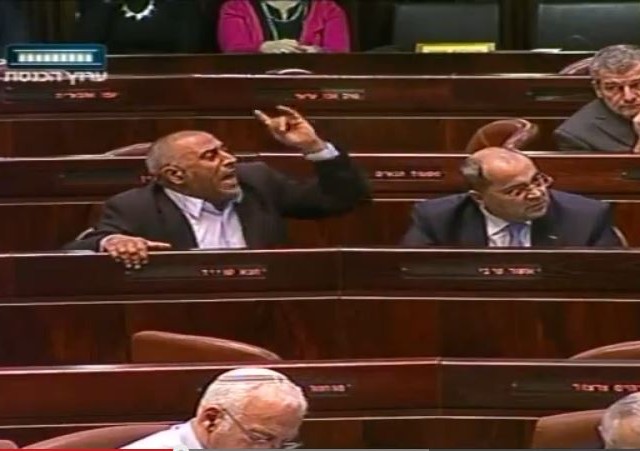 Everyone knows that Israel’s Knesset is a particularly contentious place, where views are shouted out with great emotion.  I don’t believe they have the floor brawls that take place elsewhere, but it’s not a place where rhetoric is held back.

But when foreign dignitaries visit, that’s a different matter entirely.

I noted the other day Stephen Harper’s wonderful speech before the Knesset, the first ever by a Canadian Prime Minister, Canadian PM Harper: Academic boycott part of “mutation of the old disease of anti-Semitism”.

Unfortunately, two Arab members of the Knesset heckled him and walked out when he addressed the academic Boycott, Divest and Sanction movement and the malicious propaganda line — repeated endlessly on campuses and among some academics — that Israel is an Apartheid state.

I think it’s relevant that the heckling and walkout erupted at that moment of the speech.  It shows how important the BDS movement, born as a tactic at the openly anti-Semitic 2001 Durban NGO conference, is to the anti-Israel movement internationally and at home.

The Blaze has details:

Canadian Prime Minister Stephen Harper was heckled by an Arab Israeli member of parliament during a speech in which he slammed those who call Israel an “apartheid” state. Knesset member Ahmed Tibi later stomped out of the room as Harper was speaking….

He criticized those who support a boycott of Israel, equating it with historical anti-Semitism.

On some campuses, intellectualized arguments against Israeli policies thinly mask the underlying realities, such as the shunning of Israeli academics and the harassment of Jewish students. Most disgracefully of all, some openly call Israel an apartheid state,” Harper said during his Monday evening address.

“Think about that. Think about the twisted logic and outright malice behind that: A state, based on freedom, democracy and the rule of law, that was founded so Jews can flourish, as Jews, and seek shelter from the shadow of the worst racist experiment in history, that is condemned, and that condemnation is masked in the language of anti-racism. It is nothing short of sickening,” the Canadian prime minister added.

During this part of the speech, Tibi shouted, “settlements!” referring to Jewish communities in the West Bank, also referred to as Judea and Samaria. He then called out “water and electricity,” presumably referring to Israeli Arab claims of discrimination over resources.

Clearly fed up, Tibi shouted to Harper, “You should sit there, sir, in the Likud position. There is your place.”

There was also that hideous Montreal Gazette political cartoon showing an Israeli flag spray-painted on Harper’s face, with a mocking phrase put at the top re: isn’t it a little much? Truly vile stuff. If there’s one thing Harper isn’t, it’s a “passive” supporter of Israel. He’s very active.

Tibi’s comment about “electricity and water” was that his colleague sitting next to him lives in a village where the arabs have no water or electricity. An Israeli TV station sent reporters to the village the next day (Tuesday) and found that not only was the claim BS but his colleague lives in quite an opulent house.

The BDS folks are not about truth, civil rights, or any positive human value. They are simply about this: the destruction of Israel and the genocide of the Jews. Their motto, which they are working hard to fulfill: “Hitler should’ve finished the job”.

That’s why it was so crushing for the Arab members of the Israeli parliament to have to listen to a rejection of BDS and a defense of Israel.

What a country is Israel; people who are dedicated to their destruction are part of their government.